Healthy slow cooker meat recipes are more than just a meal. They can also deliver powerful anti-oxidants, muscle-building protein and gut-healthy fiber. For some of our favorites, check out the list below. 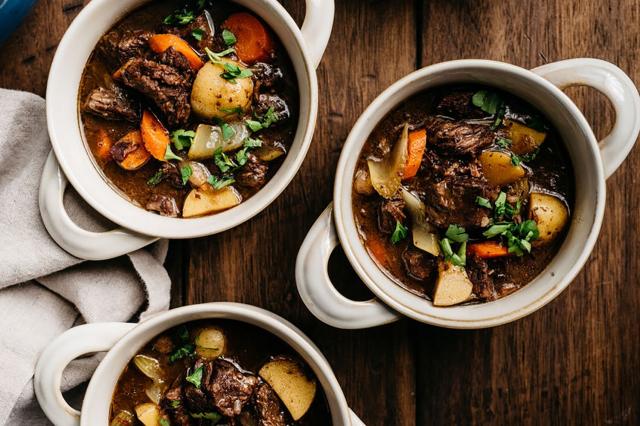 The slow cooker is a busy person's secret weapon, especially when it comes to healthy slow cooker recipes. But what's the best way to ensure that everything you are putting into this veritable kitchen appliance is the best for your body and health?

We asked Aaron Kaskowitz, Holistic Health Coach and Jered Standing, owner and Head Butcher at Standings Butchery in Los Angeles the best ways to approach slow cooker recipes with meat and how to optimize these one-pot meals, all year long.

Kaskowitz is a fan of the slow cooker for the way it brings everything together flavor-wise. "The delicious fats, herbs, and aromatics combine over time to provide you with an even and nutritious dish," he says. "Of course, that's all dependent on the selection of ingredients, which ideally will be a sustainable, happy animal, next to colorful veggies to treat your body to deep cellular nourishment."

What Are the Best Cuts of Meat For Slow Cooking?

Jered Standing of Standing Butchery, a local butcher shop in Los Angeles that is dedicated to sustainable and ethically-raised meats, recommends choosing parts of the animal that have hardworking muscles for your slow cooker recipes.

He says, "Areas where the muscle has a lot of collagen and connective tissue are the best for slow cooking. All that collagen gelatinizes over time with low and slow cooking to give you that silky mouthfeel and shred-y meat. For beef, I like shank, chuck, and short ribs. For pork or lamb, shank and shoulder are best," he adds. 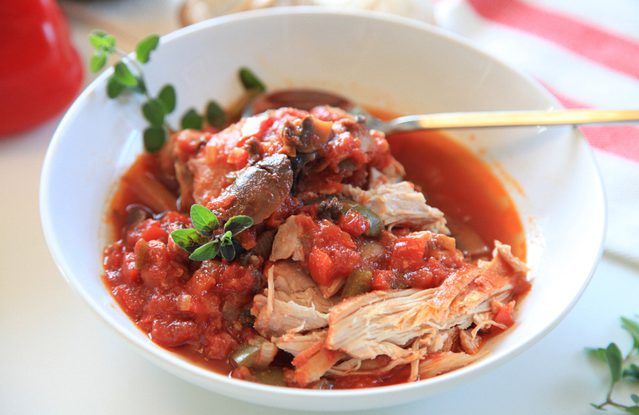 Chicken cacciatore, the classic Italian-American comfort food is an easy, healthy chicken crockpot recipe that will have everyone in the family licking their chops come dinnertime. Interestingly, "cacciatore" means "hunter" in Italian and dates back to the 14th century where this dish was traditionally made with hunted meats like rabbit or other wild game.

To give this chicken slow cooker meal a healthy, modern update, choose skinless chicken thighs. Chicken on the bone is more flavorful and often less expensive than chicken breasts. Additionally, chicken thighs provide healthy fats, and a whopping 22 grams of protein per every three-ounce serving and as much potassium as lean beef and peanut butter. 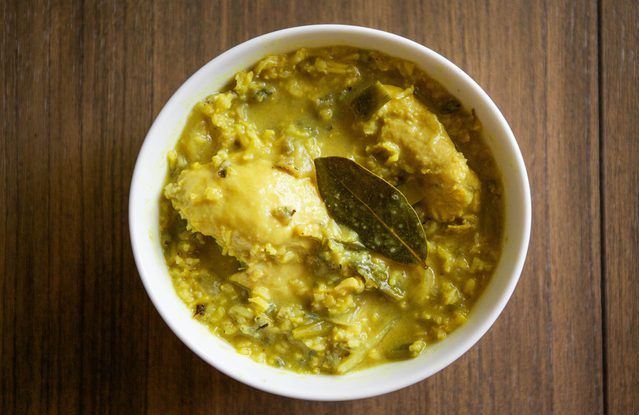 The best part of slow cooker recipes? You get a flavorful meal without being stuck in the kitchen all day, letting the slow cooker do all of the work for you. 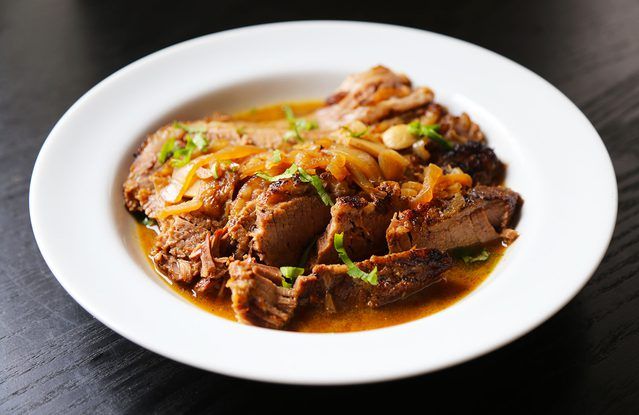 When it comes to choosing meat for your meals, Standing explains that there are two important reasons for choosing locally-sourced meat. "For one, it helps keep money in our local economy rather than going to some corporate headquarters or to another state.

And two, it reduces our carbon footprint." Standing says that by keeping animals on a single, local farm their entire lives (and letting them eat the grass grown on the farm), we'll help reduce the environmental impact.

A traditional slow cooker brisket recipe, like this one, calls for the lower chest or breast section of a cow. And while brisket is higher in calories than most meats thanks to its fat content, it does offer vitamins and minerals and up to 64 grams of protein per every eight ounces.

The trick to enjoying this slow cooker recipe in a healthy way? Watch your portions. Kaskowitz recommends picking a small bowl or plate. "This ensures that you can start with a little bit and have a second helping only if needed. Taking your time will help slow down and gauge whether you're already satisfied. If it's already in your [big] bowl you're going to eat it," he says. 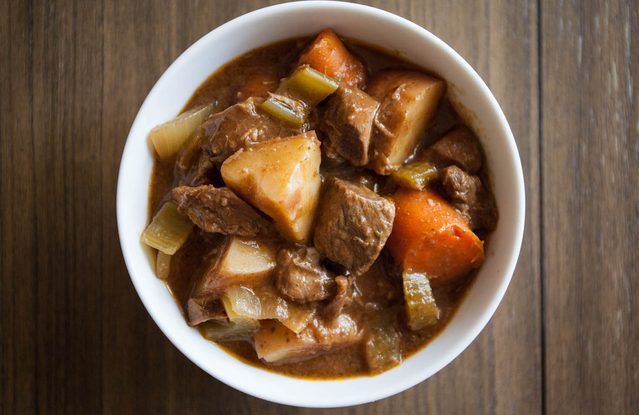 Another benefit of the slow cooker, aside from the food basically cooking itself? It's a one pot meal that makes preparing lunch and dinner a snap. Kaskowitz says, "The benefit of a single pot is convenient because you can rely on the low and slow method to bring out the flavors while you've already done all the work in one step, at the beginning. Cooking on lower heat also decreases the risk of scorching your veggies and losing nutrients."

This recipe calls for beef chuck along with nutrient-dense but low-calorie vegetables like carrots and celery. Carrots also have beta-carotene, sometimes called a provitamin A carotenoid because the body can convert it into vitamin A as needed. Vitamin A is essential for eye and vision health. When not converted though, beta-carotene acts as a powerful anti-oxidant player that helps combat free radicals in food and in the environment that are responsible for premature aging, some diseases, and cellular damage. 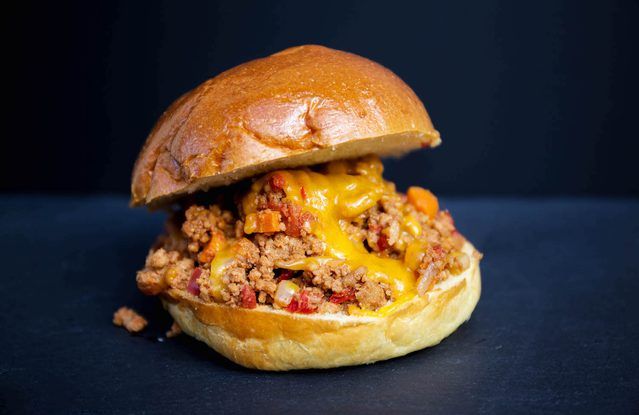 As consumers become more mindful of their meat choices, Standing recommends choosing "ethically raised" meats. "We know that meat is always going to be a part of our food system. And we don't think there's inherently anything wrong with that, but it's been done in horribly unethical ways for a long time. At Standings Butchery, we're trying to put pressure on the industry to change by offering a product from food-animals that lived happy, healthy lives. The cool bonus is those healthy animals taste better, too!"

Kaskowitz agrees that sourcing animals that are ethically raised are not only good for the environment but for our bodies as well. "Avoid cages, antibiotics, processed feeds, and factory farms in general," he says.

To source ethically sourced meat, according to Standing, ask for "pasture-raised" meats. And if you can't find a local butcher that can help with your request, Standing suggests buying directly from a farm that does a CSA or animal shares-type program. "And if that still isn't possible, there are several online delivery options available now," he says, although he doesn't love the last option because of the negative environmental impact from the added packaging and shipping. 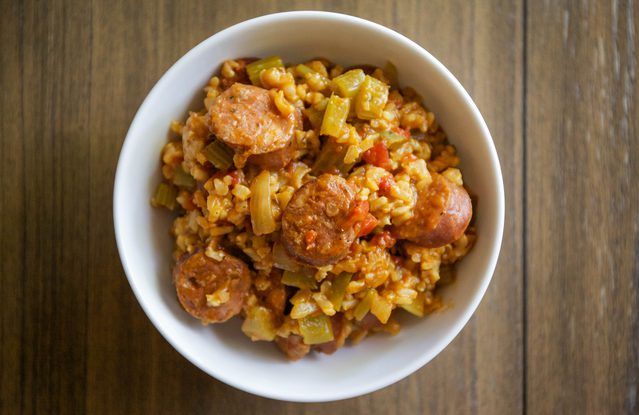 Turning family favorites into must-make slow cooker meals is easy thanks to recipes like jambalaya that already rely on one pot. But what makes this recipe so special in the slow cooker is the long cooking time that allows the flavors to really shine and pop. It's one of those dishes that just gets better the longer it cooks.

To make over this meal into a healthy one, swap out pork sausage for organic chicken sausage bratwurst. You'll get a lower-calorie meat protein without losing any flavor. Another easy, good-for-you swap? Instead of white rice, choose brown. Unless there is a medical reason why you can't eat brown rice, choosing brown rice over white rice is almost always better for you, at least when you compare the two grain's fiber, magnesium, zinc, calories, and carbohydrates. 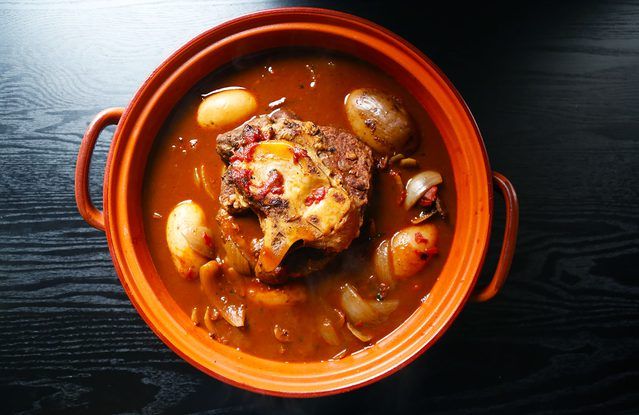 Whichever meat you choose for this Milanese-inspired Osso Bucco (more traditional versions are made with veal shank), it's one of the easiest slow cooker recipes to make. Simply add all of the ingredients into the slow cooker and turn it on low for eight hours. At the end of the day, you'll have a tender, flavorful dish along with a healthy serving of potatoes, tomatoes, and onions.

Interestingly, cooked tomatoes have more lycopene, a compound that gives tomatoes their color and acts as a powerful anti-oxidant in the body, than any other vegetable. And the longer you cook tomatoes, unlike other foods that sometimes lose their nutritional value, the lycopene in tomatoes actually increases, according to the "Journal of Agriculture and Food Chemistry." 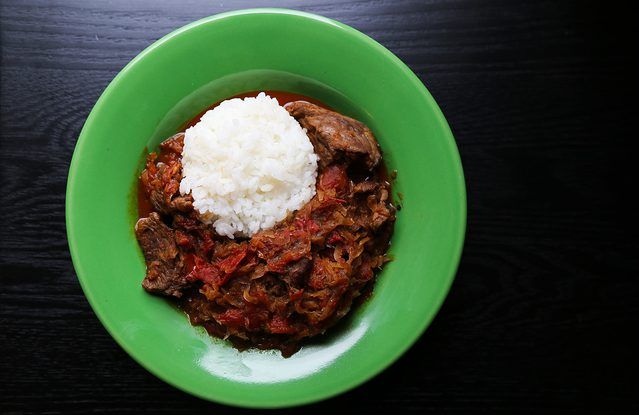 This slow cooker Japanese beef curry recipe kicks up the flavor by integrating ginger, garlic, and red chili powder. Ginger, an ancient herb and has been used medicinally for over 2,000 years, is widely known for a slew of health benefits like helping with nausea, reducing inflammation and possibly helping reduce migraines.

For some, garlic may upset the digestive track, but it also has antioxidant, antibacterial, anti-inflammatory and immune-boosting properties according to the Journal of Immunity Research. Unfortunately, there aren't any remedies if you have a garlic intolerance, aside from avoiding the vegetable entirely. 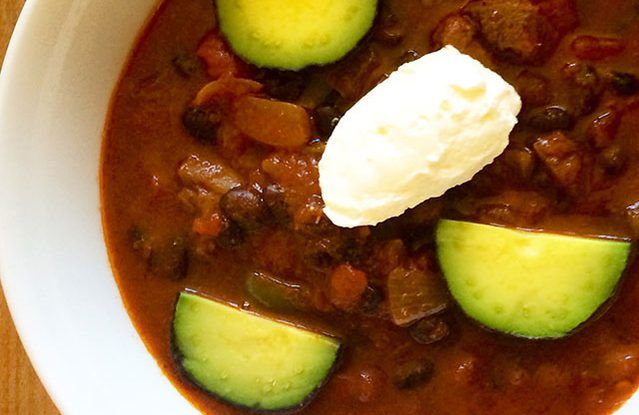 Kaskowitz's favorite slow cooker recipes involve grass-fed beef chuck roasts. "This cut of meat is fatty, so you can rely on it to stay juicy and infuse your whole dish with flavor. Grass-fed beef is important because that's what cows want, and that's how they're going to end up with the most healthy fat profile for more omega 3s." Another bonus? "This cut of beef [chuck roast] is usually lower in price, so paying a bit extra for grass-fed becomes more affordable when buying multiple pounds of beef at once," he says.

If you can't find beef chuck, another inexpensive cut of meat, beef shank, becomes tender when cooked in liquid. This recipe calls for water, instead of additional beef stock, because the cooking process naturally turns the liquid into its own beef stock thanks to the flavorful meat and bone found in the beef shank. Algae oil adds a much-appreciated silky richness to the flavor since this cut of meat is lower in fat.

What's the Difference Between an Instant Pot and Slow Cooker?

Instant pots burst onto the culinary scene in 2010, and there are no signs of stopping this convenient kitchen cooker. So what is it exactly and how it is different than a slow cooker?

It's a countertop appliance that once preheated (this part takes about 15 minutes), can deliver fully cooked meals, including sides. And for some slow cooker recipes that call for 6-8 hours cooking time on low, the Instant Pot can make that same recipe in under 30 minutes. But the best way to describe it is to think of it as part slow cooker, part rice cooker, pressure cooker, and steamer all in one, according to Digital Trends.com.

To convert slow cooker recipes to your Instant Pot, follow these rules according to Family Circle Magazine:

For Instant Pot inspiration, check out these 8 Things You Can Make In Your Instant Pot That Will Blow Your Mind. 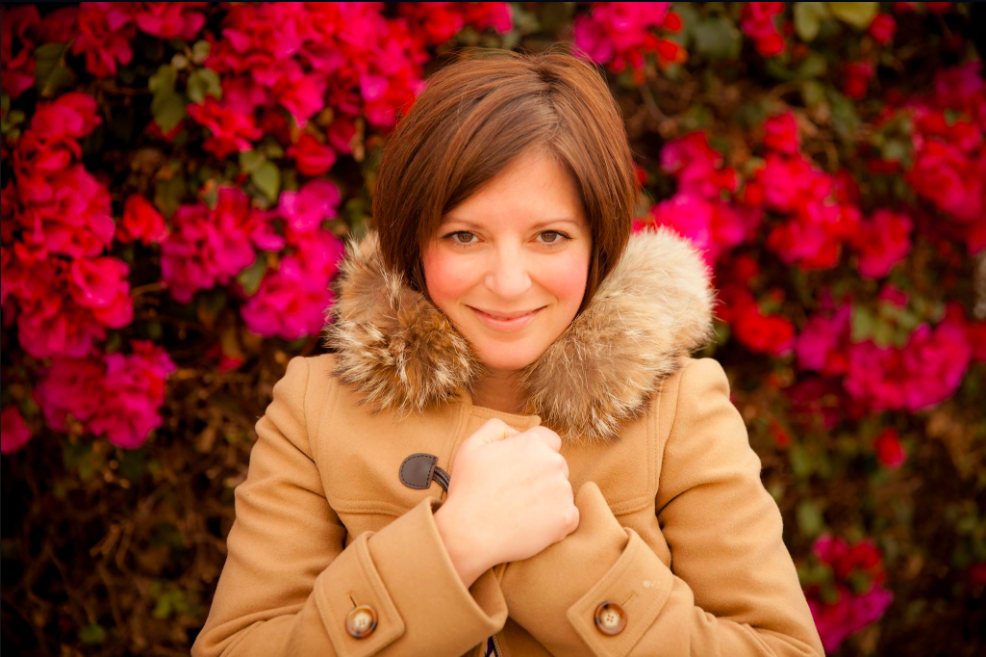 Lifestyle writer who is passionate about all things health, nutrition and food.