Toxins and free radicals can build up in your body, causing cellular damage and illness. Diet and exposure to environmental toxins can damage the mitochondria in your cells — vital microorganisms that help convert food to energy.

Toxins and free radicals can build up in your body, causing cellular damage and illness. Diet and exposure to environmental toxins can damage the mitochondria in your cells â€” vital microorganisms that help convert food to energy. Damaged mitochondria looking for oxygen create free-radicals â€” groups of atoms with an odd number of electrons that attach to healthy cells and start a negative chain reaction. Free radicals are responsible for damaging DNA, aging and causing certain types of cancer, says a report on Rice University's SportsMedWeb. Eliminate toxins that can cause free-radicals and add more antioxidants that fight free-radicals to your diet. 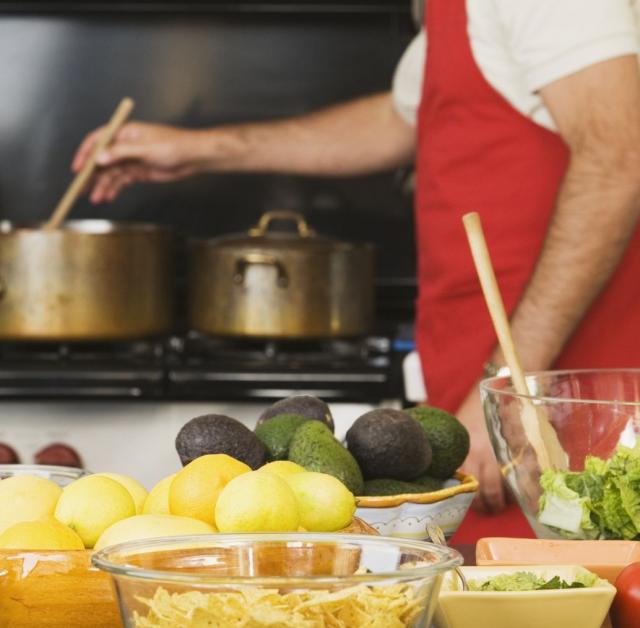 Eat foods high in antioxidants. The best way to fight free-radicals is with antioxidants found in vegetables, some grains and a few carefully chosen animal products. Look for foods high in vitamins E, C and beta-carotene â€” the precursor to vitamin A. The best sources of vitamin E are nuts, seeds and fish oil, although apricots, wheat germ and fortified cereals also contain some vitamin E. Look for vitamin C in bell peppers, citrus fruits, strawberries, melons, broccoli and spinach. Liver and egg yolks are rich in beta-carotene, as are many orange vegetables such as carrots, squash and yams.

Eat organic or local, grass-fed meat. Avoid meat that comes from factory farms, or CAFOs â€” concentrated feed lot operations. Animals in factory farms are fed antibiotics, which pose a serious public health threat. Antibiotics in meat are creating antibiotic-resistant strains of staph infections that can infect people. Although not technically a toxin, these bacteria pose a serious health risk and should be avoided. According to Princeton University, 80 percent of the antibiotics in the U.S. are given to farm animals, not only giving rise to antibiotic-resistant strains of bacteria but to animal waste with undigested antibiotics that is contaminating the ecosystem and ground water, which will eventually make its way back to people.

Children are more sensitive to pesticides than adults because their bodies are still developing, and some systems, such as their immune system, are not fully functioning.

Vitamins and minerals that are beneficial in moderation may be harmful in excess. Although your body converts beta-carotene to vitamin A, vitamin A is not an antioxidant, and excessive amounts can be toxic.

Maura Shenker is a certified holistic nutritionist and health counselor who started her writing career in 2010. She leads group workshops, counsels individual clients and blogs about diet and lifestyle choices. She holds a Bachelor of Fine Arts from the Rhode Island School of Design, a Master of Fine Arts from The Ohio State University and is a graduate of the Institute for Integrative Nutrition.