Protein is all you hear about, right? It is the most satiating macronutrient, after all. Since protein helps to quash hunger between meals, it’s a diet mainstay for anyone trying to lose weight. But animal proteins need to be done right, choosing the right cuts and sourcing it consciously. 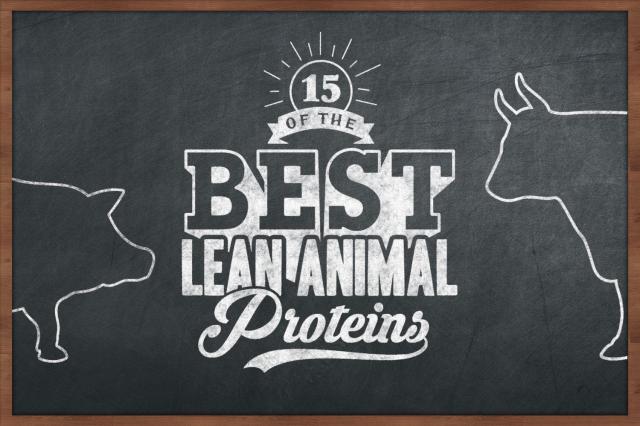 Protein is all you hear about, right? It is the most satiating macronutrient, after all. Since protein helps to quash hunger between meals, it's a diet mainstay for anyone trying to lose weight. But animal proteins need to be done right, choosing the right cuts and sourcing it consciously. For beef and pork, the cuts further back on the animal tend to be leaner, says Bill Cavanaugh, production manager at Fleisher's Grass-Fed & Organic Meats in Brooklyn, New York. Also, make it a point to purchase organic, free-range and grass-fed meats with no added antibiotics or hormones, advises Cole Ward, author of "The Gourmet Butcher's Guide to Meat." Read on if you're wondering which types of animal proteins are best. 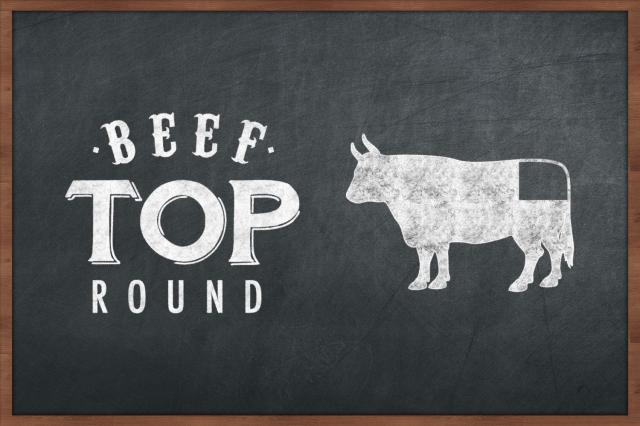 "Any steak from the round, or back leg of a beef steer, will be much leaner than anything cut from the chuck, or front shoulder. Top round is ideal for grilling or can be ground to make steak tartare," says meat production manager Bill Cavanaugh. "Top round can also be sliced thin for deli roast beef or to make a rolled braised roulade or Italian braciole," adds author Cole Ward. According to the U.S. Department of Agriculture Nutrient Database, three ounces of grilled boneless top round steak has 134 calories, one gram of saturated fat and 25 grams of protein. When purchasing, look for organic, grass-fed meats. 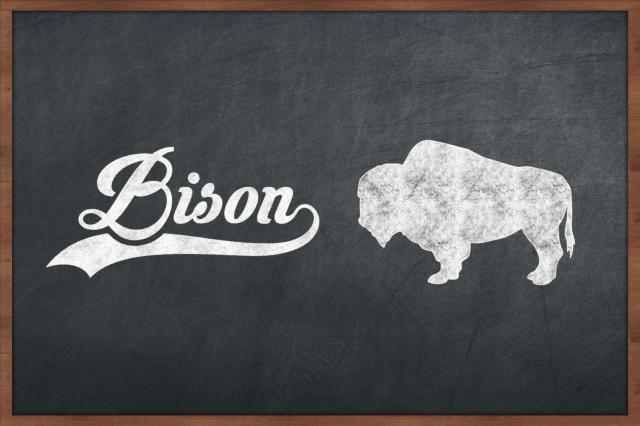 "Those interested in exploring new meat options should consider the lean meat of bison," author Cole Ward suggests. Bison has often been mistakenly called buffalo, because -- according to Livescience.com -- "early American settlers called bison "bufello" due to the similar appearance between the two animals (and the name "buffalo" stuck for the American variety), but it's wrong." The USDA states that the American buffalo is not a true buffalo like the Asian water buffalo and the African Cape buffalo. Compared to beef, bison is a deeper red color because there is less marbling or fat. It also has a richer, sweeter flavor than beef. A three-ounce serving of raw bison rib eye has 152 calories, three grams of saturated fat and 21 grams of protein.

Listen now: How to Keep Your House Clean â€“ Even When You're a Mess 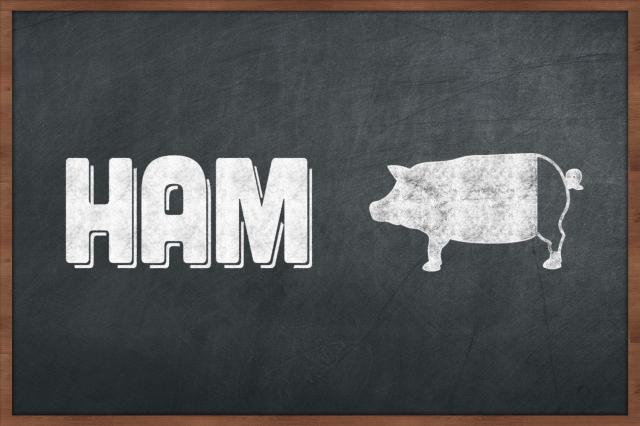 "Like beef, the leaner parts of pork are also located in the lower half and hindquarters of the hog -- known collectively as the ham -- which is the equivalent of the beef round from a cow," says author Cole Ward. Bill Cavanaugh of Fleisher's Grass-Fed & Organic Meats likes to use the ham section to make pork cutlets. "We pound it out thin, and from there it can be rolled up and baked or stuffed with anything you can imagine," Cavanaugh states. Three ounces of roasted fresh ham has 140 calories, 2.2 grams of saturated fat and 19 grams of protein. 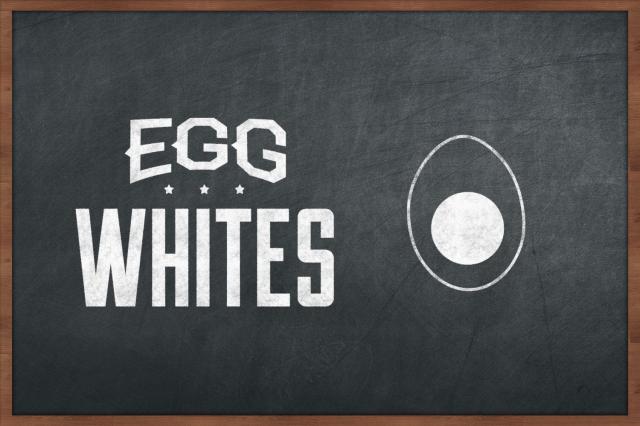 When it comes to animal proteins, egg whites are the leanest. One egg white contains about 17 calories, zero fat and 3.6 grams of protein. The white, also called the albumen, contains about half of the egg's total protein and a majority of the egg's potassium, magnesium and riboflavin. While egg whites are the leanest protein source of the egg, research has debunked the myth that the yolk raises cholesterol levels, lowering overall concern of eating the entire egg. Also, the yolk is where the majority of the vitamins and minerals are found.

Read more: 9 Things You May Not Know About Eggs

5. Beef Eye of Round 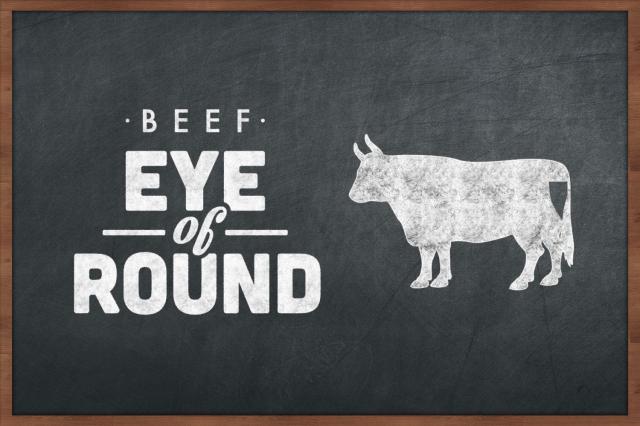 Located in the center of the round in the hindquarters of the cow, the eye of round is likely the leanest cut of beef, but it's also less flavorful, so consider marinating it overnight. "The eye of round is a long, cylinder-shape piece of meat that can also be sliced very thin for sandwiches or pounded to tenderize it for other recipes," adds author Cole Ward. Three ounces of roasted eye of round contains 138 calories, 1.3 grams of saturated fat and 25 grams of protein -- a much leaner cut of meat compared to a grilled T-bone steak, which has 210 calories and more than 5 grams of saturated fat. When purchasing, look for organic, grass-fed meats. 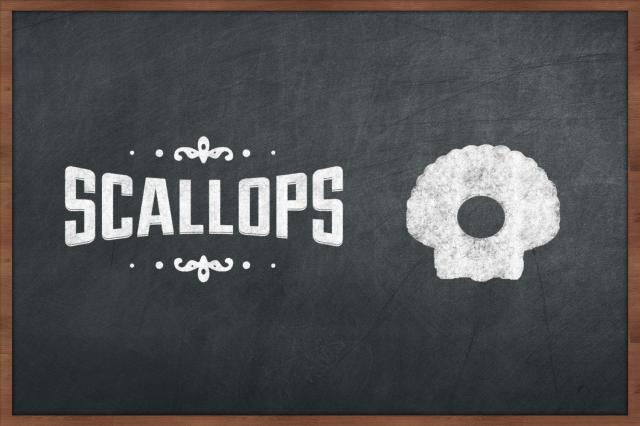 Farmed Atlantic scallops are not only good for you but they're also eco-friendly, earning them a "Best Choice" rating from Monterrey Bay Aquarium's Seafood Watch. A three-ounce serving of steamed scallops provides less than 100 calories and just 0.2 grams of saturated fat but a whopping 17 grams of protein. No antibiotics are used in scallop farming and their overall impact on the environment is minor. 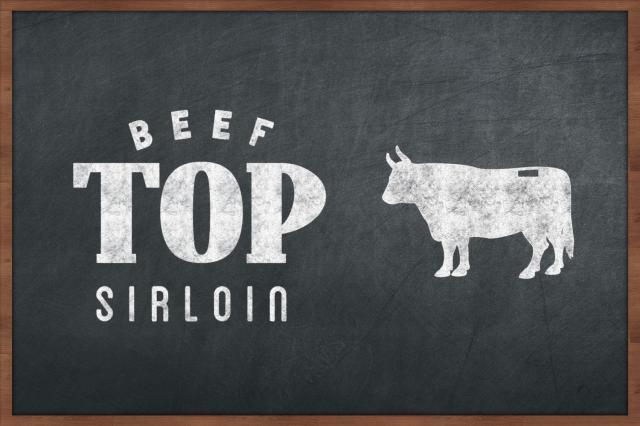 "Although it may have different regional names, including New York sirloin, don't confuse this cut with the New York strip," author Cole Ward states. "Taken from the lower back of the loin, top sirloin is one of the leanest cuts of higher-end steak," production manager Bill Cavanaugh adds. Dry-aged top sirloin concentrates the flavor of the beef and tenderizes the muscle, and much of the fat is stripped off to age it, he adds. According to the USDA Nutrient Database, three ounces of broiled top sirloin contains 145 calories, 1.6 grams of saturated fat and 25 grams of protein. When purchasing, look for organic, grass-fed meats.

Read more: What Do the Labels Organic, All-Natural, Non-GMO and Fair-Trade Really Mean? 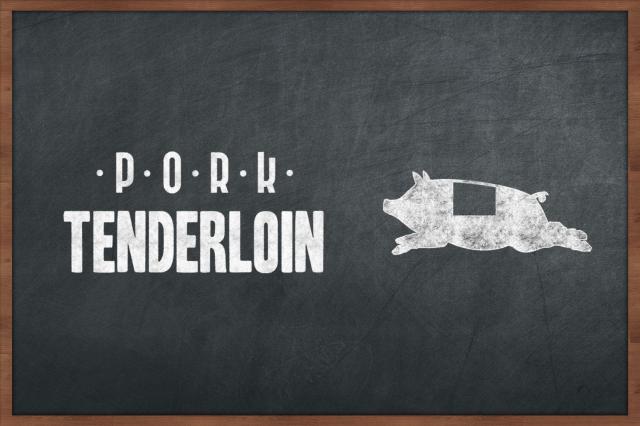 Pork tenderloin is a muscle located next to the spine, just below the center of the pig and near the rump. It's a lean cut of meat with little marbling. "Tenderloin has a strong pork flavor and is delicious marinated and grilled," adds Bill Cavanaugh, a meat production manager. Three ounces of roasted pork tenderloin contains only 139 calories, 1.3 grams of saturated fat and 24 grams of protein -- a much healthier option than braised pork shoulder, with 227 calories, 5.6 grams of saturated fat and even less protein. 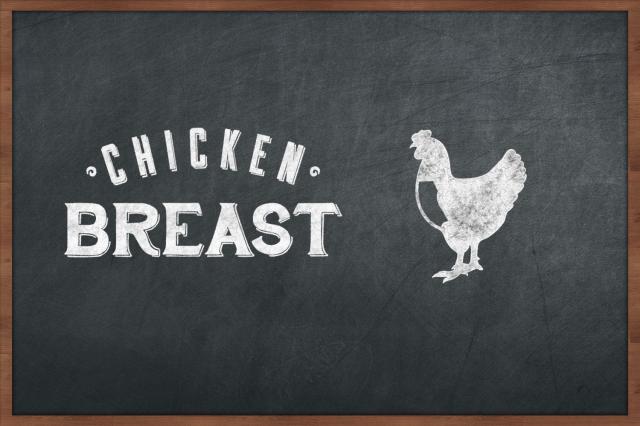 Americans love their chicken. According to the National Chicken Council, Americans bought 83.7 pounds of chicken per capita in 2013. The leanest cut of chicken is a boneless, skinless breast. Chicken breast tends to be a bit dry, but marinating the meat adds more flavor and keeps it moist. Three ounces of braised, boneless, skinless chicken breast contains just 128 calories, 0.84 grams of saturated fat and 26 grams of protein. This is a healthier option compared to a braised chicken thigh with skin, which has 183 calories, 3.3 grams of saturated fat and only 18 grams of protein. 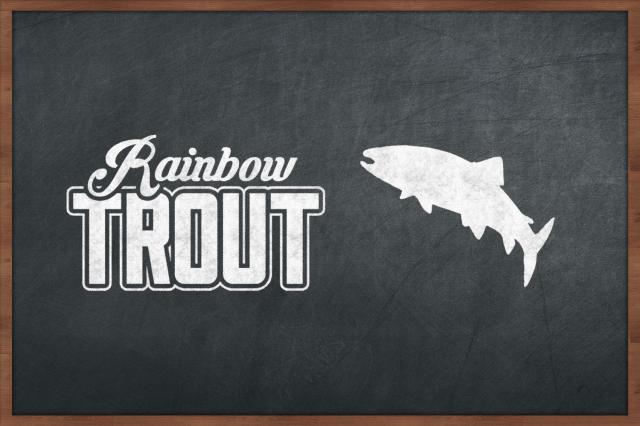 Farmed rainbow trout is a heart-healthy fish that the Monterey Bay Aquarium's Seafood Watch program says is a better choice than wild lake trout because it is farmed in an ecologically responsible way. Three ounces of cooked farmed rainbow trout has just 128 calories, 1.3 grams of saturated fat, 1.5 grams of polyunsaturated fat (which includes omega-3 fatty acids) and 20 grams of protein. Omega-3s help keep the lining of your arteries smooth and clear of damage that can lead to thickening and hardening, and they also decrease the rate at which triglycerides are produced in your liver, according to the Cleveland Clinic.

Read more: 17 Reasons Why You Probably Need More Omega-3s in Your Diet 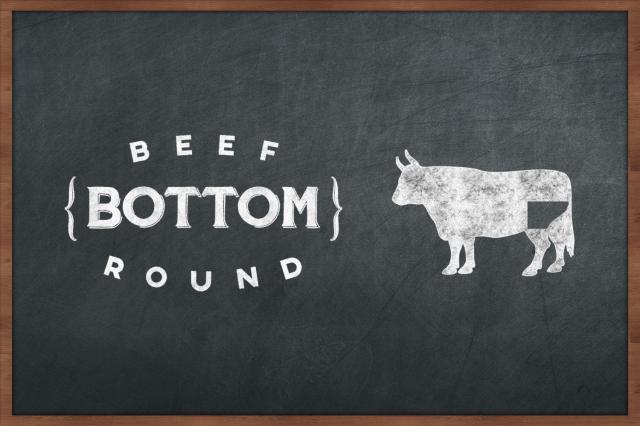 Located on the outside part of the hind legs, bottom round meat is the part of the body that a cow lies on, Ward says. This lean meat is a good match for pot roast. The Cattlemen's Beef Board and National Cattlemen's Beef Association offers a healthy recipe for Gremolata-Topped Beef Roast using bottom round, lemons, parsley, garlic and pepper that has 282 calories, two grams of saturated fat and 21 grams of protein per serving. When purchasing, look for organic, grass-fed meats. 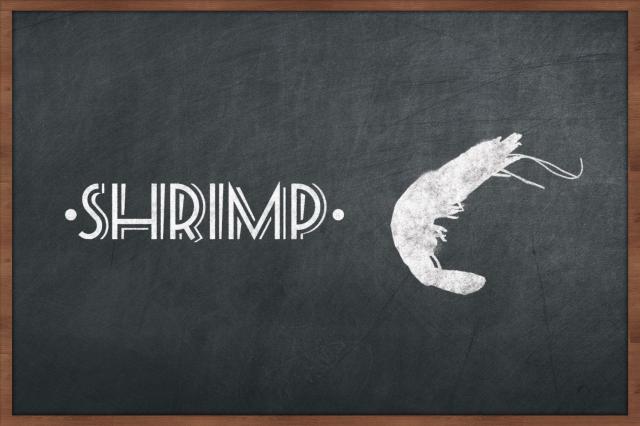 Shrimp is one of the leanest animal proteins. You can enjoy three ounces of cooked shrimp for just 84 calories. This portion also provides almost no saturated fat and 20 grams of protein -- that's more protein than what is found in the same serving of ham. When shopping for shrimp, look or an eco-certified stamp on the packaging. 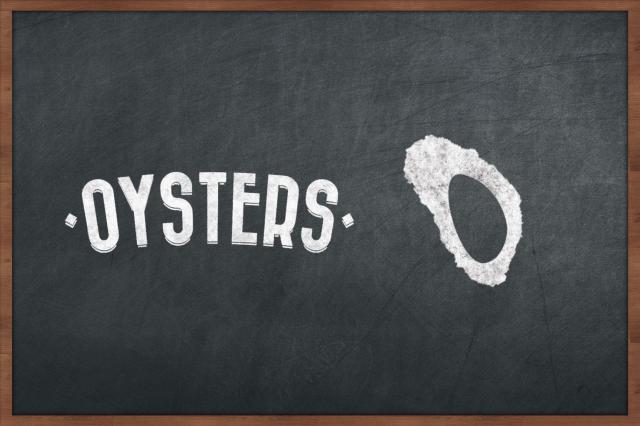 Talk about bang for your buck. Oysters are high in protein and relatively low in calories making them a weight-friendly protein sources. A four-ounce serving contains only 145 calories but provides a whopping 16 grams of protein. They're also one of the most sustainable and eco-friendly lean animal protein that exists. Almost 95 percent of oysters that we eat are farmed and U.S. oyster farms are well managed making them eco-friendly.

Read more: Win at Weeknight Dinners With These 10 Shortcuts 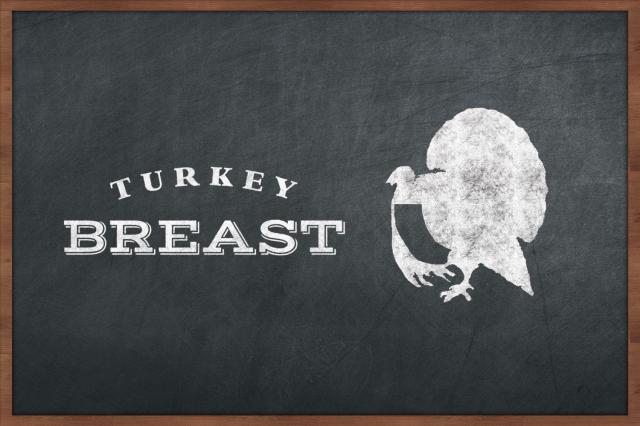 While chicken is still king in American consumption, the taste for turkey has increased over the years. According to the National Chicken Council, the per capita consumption of turkey in the United States grew from 10.3 pounds in 1980 to 16 pounds in 2012. Turkey is a slightly leaner alternative to chicken. A three-ounce serving of roasted turkey breast has 125 calories, 0.5 grams of saturated fat and 26 grams of protein. 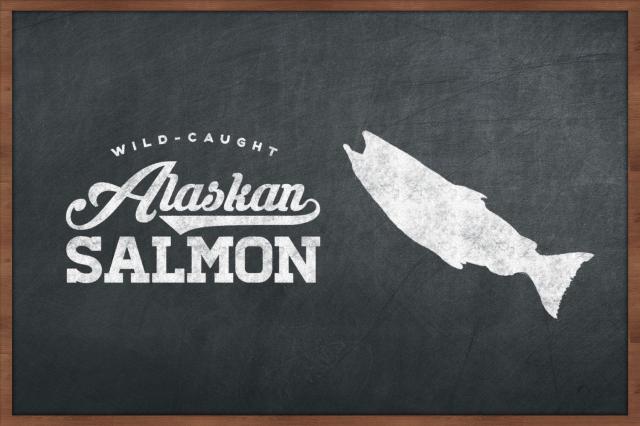 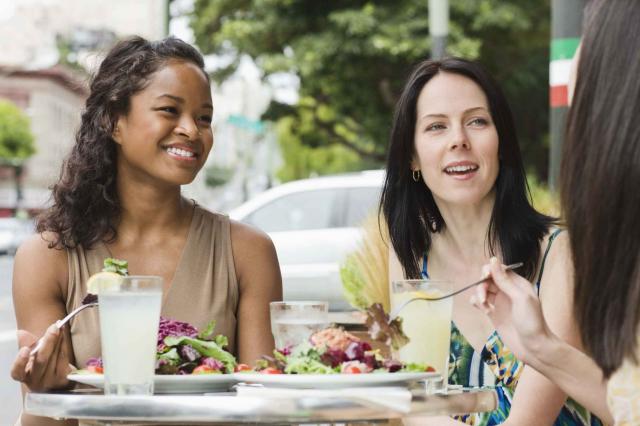 Do you eat meat or fish? Are you looking to add more protein to your diet? Did we miss any good ideas for lean meats on our list? What's your favorite lean animal protein or cut of meat? Got any good recipes to share? Leave a comment below and let us know!

Lisa Chiu has been a journalist since 1998, covering everything from congressional lobbying to bee exterminators. She has worked for "The Orange County Register," "The Arizona Republic" and "The Seattle Times." Chiu holds a master's degree in China studies from the University of Washington.