Although Thai and Japanese curries exist, "curry powder" is a generic term for a blend of spices commonly associated with East Indian cuisine. 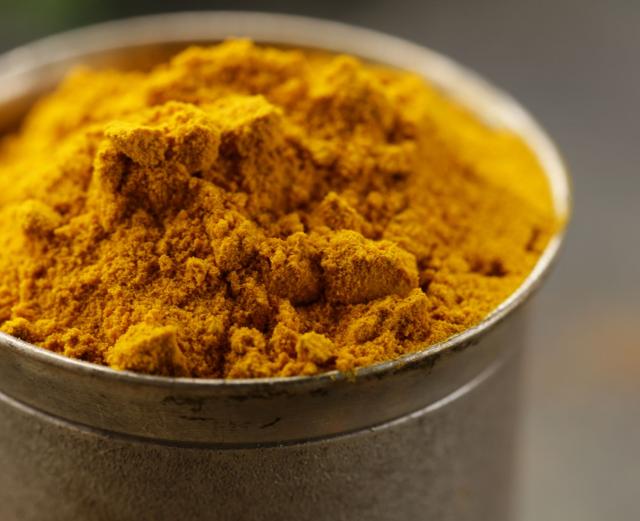 Turmeric, a major ingredient in curry powder, has played an important role in India's Ayurvedic medicine for centuries as a treatment for inflammatory conditions. Curcumin, a component derived from turmeric, has been described as a potent anti-inflammatory agent. An abstract published in "Alternative Medicine Review: A Journal of Clinical Therapeutic" in September 2009 noted clinical trials that indicate curcumin may have potential as a therapeutic agent in diseases such as inflammatory bowel disease; pancreatitis, which is inflammation of the pancreas; arthritis; and certain types of cancer.

Prevention and Treatment of Cancer

Curcumin is one of the most widely studied botanicals in the research on cancer. It's safe for human consumption, and is recommended as anti-cancer therapy and to prevent cancer recurrences, according to University of Washington's integrative oncology information for clinicians. An abstract published in "Anticancer Research" in January 2003 noted that extensive research during the past 50 years has indicated that curcumin can both prevent and treat cancer. Curcumin's anti-cancer potential comes from its ability to slow down the spread of a wide variety of tumor cells.

An abstract published in "Current Alzheimer Research" in December 2005 noted that studies suggest that curcumin is a promising agent in the prevention and treatment of Alzheimer's disease. India has a low incidence of Alzheimer's disease, which may in part be related to the high intake of curry, which contains curcumin, according to the Mary S. Easton UCLA Alzheimer Translation Center. (Reference 3)

Karen Curinga has been writing published articles since 2003 and is the author of multiple books. Her articles have appeared in "UTHeath," "Catalyst" and more. Curinga is a freelance writer and certified coach/consultant who has worked with hundreds of clients. She received a Bachelor of Science in psychology.