A vitamin that your cells and tissues use for many essential functions, vitamin A is found in ready-to-use form in animal-based foods, but your body can also convert beta-carotene from plant-derived foods into vitamin A when needed.

A vitamin that your cells and tissues use for many essential functions, vitamin A is found in ready-to-use form in animal-based foods, but your body can also convert beta-carotene from plant-derived foods into vitamin A when needed. Beta-carotene may also have other benefits, in addition to being a precursor for vitamin A. 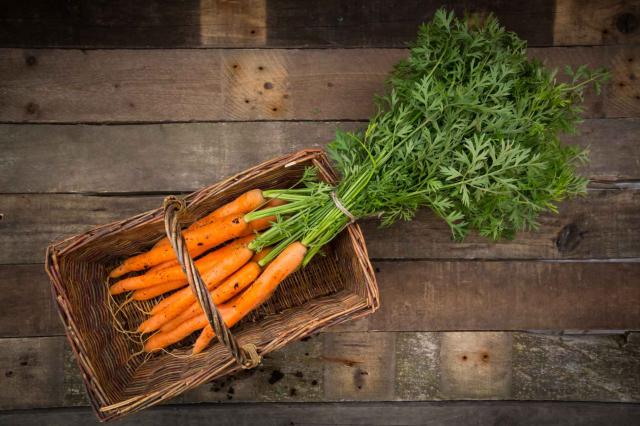 Vitamin A is actually a group of related compounds, called retinoids, with retinol the most common form. It's a fat-soluble vitamin that your body stores in your liver, ready to use when needed. Vitamin A supports your immune system and bones and is part of a compound called rhodopsin that absorbs light in your retina to help you see clearly. It's also crucial during development because it's used to produce new cells. Vitamin A is often measured in international units, and the Institute of Medicine recommends a daily intake of 3,000 international units for men and 2,310 for women, with slightly more during pregnancy and about 4,000 international units during breast-feeding.

Beta-carotene is called a provitamin A carotenoid because your body can convert it to active vitamin A. Also stored in your liver, it's a plant pigment that confers an orange or yellow color on many foods. Although no recommended dietary allowance has been established for beta-carotene, the Office of Dietary Supplements suggests consuming five or more servings of fruits and vegetables daily, adding deep yellow or orange examples regularly. Because beta-carotene has a different bio-activity than vitamin A, recommended daily amounts of vitamin A are also given in micrograms of retinol activity equivalents, with 12 micrograms of beta-carotene equivalent to 1 microgram of vitamin A, or retinol. In this system, a man needs 900 micrograms of RAEs and a woman needs 700.

In addition to acting as a vitamin A precursor, beta-carotene may have other significant benefits as a potent antioxidant. Antioxidants deactivate unstable chemicals called free radicals that form in your body during digestion, when you're exposed to sunlight or after you encounter toxins such as those in cigarette smoke. Over time, free radicals may raise your risk of heart disease, cancer and other disorders. Laboratory research summarized by experts at Memorial Sloan-Kettering Cancer Center suggests beta-carotene may slow growth of cancer cells while boosting immune cells that destroy cancer. Results of clinical trials with beta-carotene, however, are either conflicting or inconclusive, so more study into its effects on human subjects is needed.

Foods rich in vitamin A include beef liver, fish, eggs, poultry and dairy products, as well as cereals and baked goods fortified with vitamin A. Beta-carotene is provided by many fruits and vegetables, with sweet potatoes, spinach, carrots, cantaloupe and mangoes being especially rich. Most multivitamin tablets contain vitamin A, and vitamin A-only supplements are also available, although the Office of Dietary Supplements says that eating a wide range of foods is the best way to ensure you consume enough vitamin A. Because your body can store the vitamin, taking too much vitamin A has some health risks and may lead to symptoms that include neurological problems and joint pain. High intake of beta-carotene doesn't carry the same risk because it's converted only as needed.

Joanne Marie began writing professionally in 1981. Her work has appeared in health, medical and scientific publications such as Endocrinology and Journal of Cell Biology. She has also published in hobbyist offerings such as The Hobstarand The Bagpiper. Marie is a certified master gardener and has a Ph.D. in anatomy from Temple University School of Medicine.