We caught up with Gunnar Peterson, Hollywood fitness trainer to the stars, to find out how he’s fulfilling his goal to make the Los Angeles Lakers the strongest, best-conditioned team in the NBA. Last May, he became the team's director of strength and endurance training. 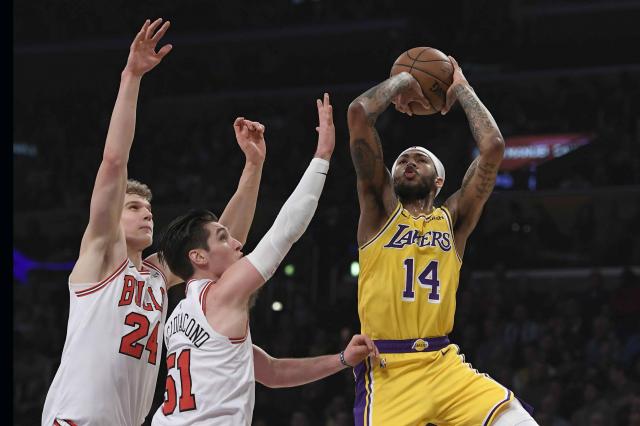 Gunnar Peterson has long been known as a Hollywood trainer to the stars. Last May, he added to his already-impressive resume by taking on the role of director of strength and endurance training for the Los Angeles Lakers.

For a fitness professional with 28 years of experience who's also a lifelong sports nut (former clients have included Tom Brady, Randy Moss and Kevin Love), the NBA's most celebrity-followed team was the perfect fit for Peterson.

While he still maintains his own private gym in Beverly Hills â€” where he trains the likes of Kate Beckinsale, Kendall Jenner and Scott Foley â€” Peterson also travels to the UCLA Health Training Center in El Segundo, California to train the Lakers in the team's high-tech headquarters.

With one the youngest rosters in the NBA (the average age of players is just over 25) and four-time MVP LeBron James soon expected back from a groin injury, the future looks bright for the Lakers. We caught up with Peterson to find out how he's fulfilling his goal to make them the strongest, best-conditioned team in the league.

Basketball is a full-body, high-cardio sport, with particular focus on the quads, glutes, upper body and core. "In season, we have an 'every day is a body day' approach, whether it is a core and lift day, a full-body weights day or a mobility day," explains Peterson, who works with two other trainers on the strength staff. "We do four or five movements back-to-back in the weight room, two or three times through."

Strength-training sessions range from 15-35 minutes, and then the players practice, have a shoot-around, do 15-minutes of activation before the game, and finish with a 20-minute post-game lift. "That's a full day's work!" says Peterson.

Read more: How Often Should You Strength Train to Lose Weight?

Band-Aid for the Win

With 82 games in the regular NBA season (and more if the Lakers reach the playoffs), avoiding injury with dynamic activation exercises while firing up multiple muscles is a key part of their program. "We do activation work with bands on game days, hitting all three planes of movement â€” transverse, frontal and sagittal â€” plus a lot of rotational work," Peterson says.

"I'll walk out to center court with about six different bands, such as the Mark Bell hip circle, as well as different-width bands from Sorinex, depending on the movements we are doing." These options could be a resisted lateral shuffle, overhead ab extension, a pull with a different hand position and a step back, a press with a step forward, or rotation and anti-rotation where he is "pulling against them and they're having to work the core that way," he adds.

Just like LeBron James has made it very clear that he's "more than an athlete," players have to do way more than just play basketball to excel in the NBA these days. "People think they're just playing ball all day â€” no way!" Peterson says. "They're lifting before the game, they're practicing, they're competing, they're lifting after, they're doing treatment.

A lot of these guys are skinny, but they're strong." While some NBA teams only have their players lift two or three times a week, the Lakers are in the training center every day, says Peterson. "They're not always <ahref="https: www.2bstronger.com="" slideshow="" 1011144-started-weightlifting="" "=""> </ahref="https:>lifting â€” a lot of times it's mobility (to identify weaknesses), flexibility, rehabilitation or conditioning for guys who aren't getting the minutes on the court."

Personalized TrainingÂ for Every Player

Renowned for personalizing each training session for his private clients' needs, Peterson uses that same philosophy with the Lakers. The focus in the weight room "depends on the player, depends on the day and depends on where we are in the season. What one guy is doing in September is not the same as what another guy is doing," he explains.

Size also matters. "If you have a guy who's smaller (like a point guard), then his movements are different on the court. You have one player who is posting up the whole time and another who is running routes," Peterson says. "Of course, there are going to be things that crossover â€” the body is the same 650-plus muscles around 206 bones â€” so there are those things in common, but where one person excels and another needs work is going to be different, and you have to treat it like that."

In the offseason, they alternate between a week of concentric movement [shortening], a week of isometric movement [static], and a week of eccentric movement [lengthening]. "We cycle it through, because you are going to get better gains that way. If you're doing that in all three planes of motion and against different forms of resistance, you become a stronger athlete," says Peterson.

Although three-time NBA champion LeBron has his own personal fitness team, Peterson works with the others Lakers spanning from first-year rookie Moritz Wagner to four-time NBA All-Star Rajon Rondo. "Some of the guys are so young that while you are training them, they are learning to lift," he says. "Take a dumbbell press, for example; it's not just moving the weight up and down, it's about, 'Am I controlling it when I am lowering it? Am I controlling it when I'm raising it? Can I control it in the lower position? Can I control it in the high position?'"

Read more: 10 Popular Exercises That Can Hurt Your Back â€” And How to Fix Them

Just like Peterson's own gym, the training center is outfitted with the highest quality free weights, machines and fitness tools. "The Lakers aren't opposed to spending what they have to spend; they are not cutting any corners â€” it's a first-class organization and everything is done right," he says. "They have a top-tier nutritionist on staff, three of us on the strength staff, the equipment is top notch... everything we need, we have."

Included in that starting line-up are Technogym cardio machines, Sorinex racks, Umax dumbbells and Synergy Air equipment. "I love the Synergy Air from an interval standpoint, and the Sorinex racks are so versatile because they're sturdy," says Peterson. "The Technogym SKILLMILL is also phenomenal, as it's so customizable. You can do sled programming on it â€” manipulate the interval, change the resistance, distance, rest time, or number of repetitions that you also train." 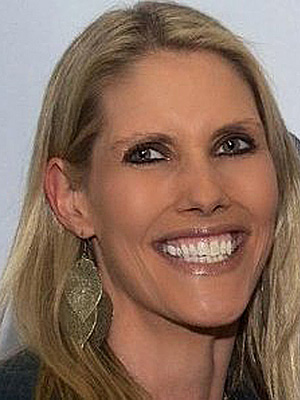