A keto protein shake should use keto protein powder, some type of fat like coconut milk or avocado, and added flavor like cacao nibs or lime juice to round everything out.

Shakes are among the most convenient forms of food. Simply blend up a few ingredients, and you can have breakfast or a snack on the go. While on the ketogenic diet, it can be hard to find convenient foods. Most on-the-go snack foods contain carbs in one form or another. To take control over what you're consuming on your keto diet, try blending up your own shakes. The ketogenic diet is extremely low in carbohydrates. It was originally used to treat epilepsy in the early 1900s and is a remarkably effective treatment, says a 2017 study published in Neuroscience Letters. More recently, the ketogenic diet caught on as a weight-loss fad.

Low-carbohydrate diets have been gaining popularity since Dr. Atkins began promoting his low-carb Atkins diet. As a cardiologist, Dr. Atkins needed to help his patients lose weight and improve their health. He noticed that eating fewer carbohydrates and more protein and fat seemed to improve their health and help them drop weight, according to the Atkins Diet website.

The ketogenic diet is similar in philosophy, but it's more strict with the amount of carbohydrates you can eat. No more than 5 to 10 percent of your daily calories should come from carbs. In a normal diet, carbs make up 45 to 65 percent of your total calorie intake.

The term "ketogenic," often shortened to "keto," actually refers to something your body produces when you're low on carbs. An article from Science Direct says that ketone bodies are produced by the liver if there's not enough glucose in your system. Ketone bodies are very unique, because your brain can use them for energy. Normally, your brain relies solely on glucose.

For your body to be in ketosis, your diet has to be virtually carb-free. That means your morning or post-workout shake can't cut any corners. Every gram of carbohydrate counts.

Even without carbs, you can achieve a similar taste to normal protein shakes. Dessert flavors like peanut butter and chocolate and fruity flavors like citrus don't have to be high in carbs. First, you have to get all of your ingredients together.

The first step to creating a keto shake is selecting the right protein powder. Most whey or soy protein powders contain some carbohydrates. Optimum Nutrition's Gold Standard 100% Whey, for example, contains 4 grams of carbohydrates. Normally that's not a lot — but every carb counts.

Perfect Keto makes a low-carb protein powder. It only has 1 gram of carbs per serving. The protein is made from collagen, which is the connective tissue that makes your tendons and ligaments so strong. There's also fat from Medium-Chain Triglycerides, or MCTs — a type of fatty acid. An article from Onnit, makers of MCT oil supplements, claims that they're easily converted into ketone bodies by the liver, making them an ideal source of energy for the keto diet.

Whey protein is perhaps the most popular protein supplement, because it's packed with amino acids, which your body uses to build muscle and other tissues. Most whey protein supplements have carbs in them, but Isopure makes a zero-carb powder that you can add to your shake.

If you're vegetarian, try GNC's Unflavored Superfoods Soy Protein. According to the website, it has 13 grams of protein per scoop and zero carbohydrates. With enough flavor from other ingredients in the shake, this powder can simply act as a protein bolster.

Although it's not safe, some people add raw eggs to their shakes. If you eat raw eggs, you risk infection via salmonella and can become seriously ill. The same is true for adding liquid egg whites to your shake.

Once you've selected your protein powder, you can add other ingredients to build up your shake. With protein already added in powder form, you can focus on fats and flavor.

MCT oil is popular among keto-dieters because it's a quick and easy way to add fat to shakes and your morning coffee. You can buy a product like NOW Foods MCT Oil Liquid. You get 14 grams of fat per serving, which adds plenty of calories to your shake.

Coconut oil is another source of fat that can thicken your shake. It also adds a delicious kick of coconut if you enjoy that flavor. Don't overdo the coconut oil, however, since it's mostly made of saturated fat. Around 90 percent of the fat in coconut oil comes from saturated fat, according to an article from Harvard Health. That's even more saturated fat than butter. While there has been some promising research regarding coconut oil and health, Walter C. Willet, physician and researcher at Harvard School of Public Health, suggests that there's not enough data to support the health claims and that eating too much can put you at greater risk for cardiovascular diseases.

Read more: Foods to Eat While on a Ketogenic Diet

If you're willing to ignore the risk of high levels of saturated fat, you can add full fat coconut milk to your shake as a tasty alternative to coconut oil. It's fatty and can make your shake frothier. Heavy cream also works if you don't like the taste of coconut.

Because you're using fat for energy instead of carbohydrates, don't get the reduced fat version of anything in the store.

Fats That Include Some Carbs

Avocados are a fatty alternative for vegetarians and vegans who want a thick keto protein shake. They're high in fat and relatively low in carbs. One avocado contains 4 grams of carbohydrates, says the California Avocados website. Three of those 4 grams come from fiber, which means the avocado has only 1 net carb, which takes into consideration that the fiber in the avocado isn't digested.

Peanut butter is a delicious form of fat, but you shouldn't use too much in your keto shake. Two tablespoons of Jif peanut butter, for example, contain 8 grams of carbohydrates. At the same time, there's 16 grams of fat and 7 grams of protein, so it's not a complete waste of your carbs. Plus, peanut butter can make almost anything taste good. It might be best to limit yourself to 1 tablespoon to keep the carbs low.

Yogurt makes a great base for your shakes because it adds thickness. However, most yogurts contain a fair amount of carbohydrates, which is natural for dairy products. There are some companies that cater to the keto crowd, such as Sola, who makes a low-carb Greek yogurt. There are only 7 grams of carbs in one serving, which won't completely throw off your intake for the day.

Adding flavor to your shake without adding carbs can be a real challenge. Unsweetend cocoa powder, vanilla or cinnamon add some taste to your shake if it seems bland. Cacao nibs are popular in keto protein shakes. You can also throw in shredded coconut if you like the flavor. Coffee is an easy, flavorful addition that gives you an added energy boost. Just make sure you put it in your morning shake, not before bed!

Try to stay away from fruit, because all of the calories come from carbs — and if nothing else works, you can always throw in an artificial sweetener. Stevia is a popular sweetener that adds some sugary flavor without any carbohydrates.

There are a few different styles of keto shakes you can make. If you like dessert flavors like chocolate, you can add dessert flavors and protein powder. You can also go with lighter, fruitier flavors. If you're vegetarian or vegan, you can whip up an animal-free keto shake.

This peanut-butter and chocolate keto shake inspired by a recipe from Delish satisfies your sweet tooth and delivers some much-needed protein and fat during the day, with approximately 15 grams of carbs. You can add a cup of coffee for an extra boost. In a blender, put:

If you have the carbs to spare, peanut butter adds some nice flavor to this shake.

Perfect Keto, who makes keto-friendly supplements, has a citrus green-smoothie recipe on its website that works well in the morning if you're not in the mood for chocolate and has only 5 grams of carbs. To get a citrus flavor, use orange zest and lemon and lime juice.

These flavors are powerful, and you don't need a lot to make your smoothie taste fruity. Because you don't need much, there's very little carbs added from the lemon and lime juice, making them the perfect addition to a keto shake. In a blender, combine:

Vegetarians and vegans might have the hardest time with the keto diet. There are many options for meat lovers because animal products are high in fat and protein. However, there are some delicious shake options made with soy protein powder and fatty fillers like avocado that allow animal-free dieters to try their hand at keto.

The protein powder will make or break your vegan keto shake. Select a soy protein with low to no carbohydrates. Sweeteners and artificial flavors are fine, because unflavored soy protein can be uncomfortable to drink.

A recipe inspired by Broke Foodies combines plenty of fat and flavor into your smoothie for only 6 grams of carbs. Throw together:

You can add a scoop of soy protein powder, as well, to boost your protein intake for the day. 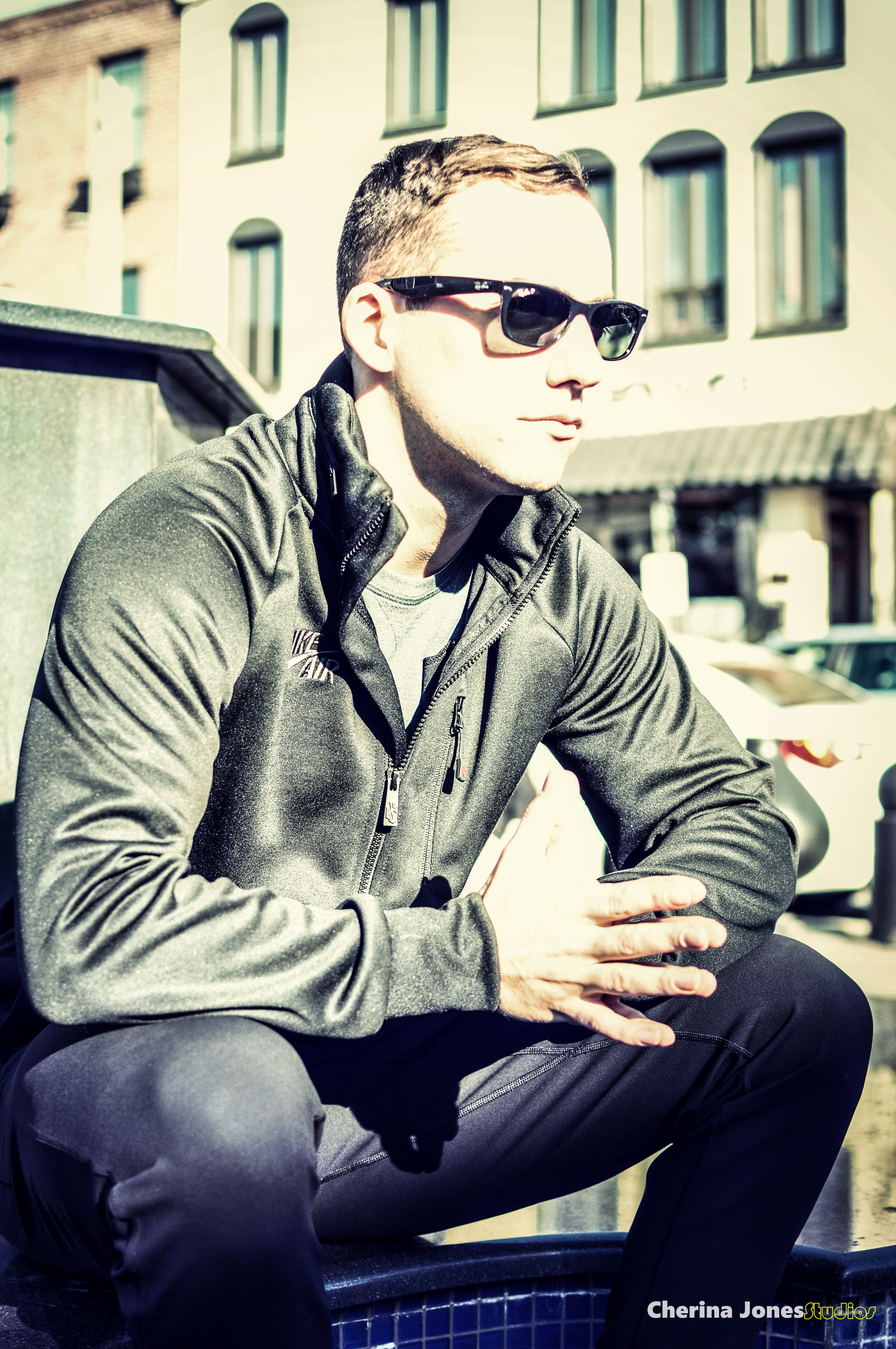 Henry is a freelance writer and personal trainer living in New York City. You can find out more about him by visiting his website: henryhalse.com.