Although ketogenic diets, as with other forms of low-carbohydrate diets, are popular for use as weight loss diet plans, the original intended benefit of inducing ketosis was to prevent epileptic seizures.

Although ketogenic diets, as with other forms of low-carbohydrate diets, are popular for use as weight loss diet plans, the original intended benefit of inducing ketosis was to prevent epileptic seizures. As the Epilepsy Foundation explains, ketosis is a state in which your body burns fat, rather than carbohydrates, for fuel. This phenomenon is triggered by a very low carbohydrate intake and a very high fat intake. Ketosis has pros and cons, but you should consult a doctor before attempting this or any other diet plans. 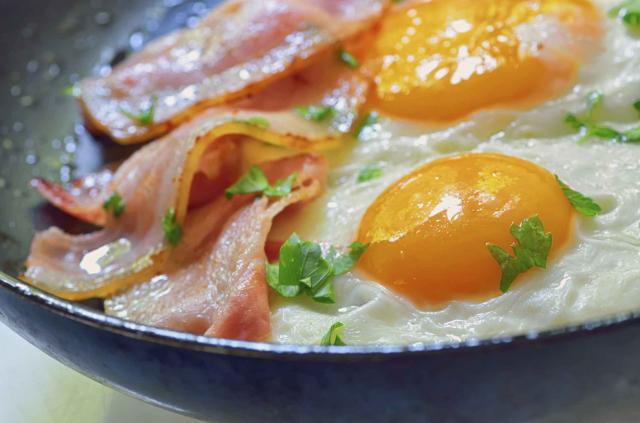 For some, the main benefit of ketosis is its ability to aid in dieting. Ketosis may help you improve your body composition because your body burns fat in ketosis; if you eat a reduced calorie level, your body will burn stored body fat, not just fat from food. According to research published in the March 2010 edition of "Nutrition & Metabolism," ketosis can improve fat loss compared to other diet plans, when paired with an exercise program.

While the exact mechanism that promotes success on the ketogenic diet is unclear, Epilepsy.com suggests that it is ketones -- special molecules -- that ketosis produces that aid in controlling seizures. Because your brain normally runs on glucose, which is derived from carbohydrates, ketosis may induce a change in brain chemistry that limits seizures. According to Epilepsy.com, most children who follow ketogenic diets experience half as many seizures as before the diet. Up to 15 percent may even stop experiencing seizures completely.

Because of the highly restrictive nutritional guidelines -- a ratio of four grams of fat for every one gram of protein or carbohydrate is standard -- it can be difficult to adhere to a diet that induces ketosis. Having to remain in ketosis can make it difficult to find appropriate foods at social functions, school and restaurants. If you do not need to be in ketosis for epilepsy management but use the diet for weight management, you may be more tempted to stray.

Consuming a high-fat diet to sustain ketosis can be detrimental to your long-term health. Many high-fat foods that are low in protein and carbohydrates, such as butter, lard, coconut and egg yolks, are high in saturated fat, which can increase your risk of heart disease. Additionally, high-fat diets may cause injury to brain cells that help control your body weight.

Brian Willett began writing in 2005. He has been published in the "Buffalo News," the "Daytona Times" and "Natural Muscle Magazine." Willett also writes for Bloginity.com and Bodybuilding.com. He is an American Council on Exercise-certified personal trainer and earned a Bachelor of Arts in journalism from the University of North Carolina.