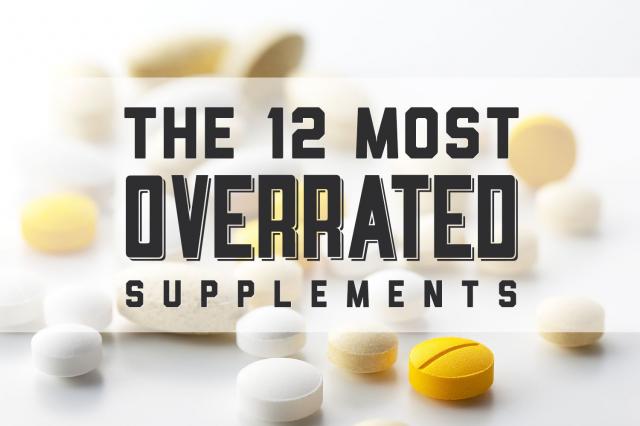 The dietary supplement industry is a big business. In fact, according to the National Health and Nutrition Examination Survey (NHANES) data collected from 2003 to 2006 indicate more than half the U.S. population took at least one dietary supplement as part of the $38 billion industry. Does this include you? Of course, some products may have benefits: omega-3s, vitamin D, probiotics, protein and others. But, unfortunately, not all of the available products produce results; many are popular because they're well marketed. Let's take a look at 12 of the most overrated supplements. 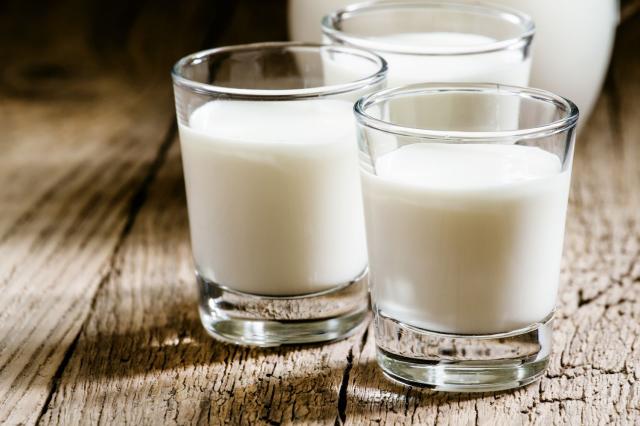 CLA came out of the gates with a lot of promise. It is a naturally occurring fat found mainly in meat and full-fat dairy foods. After it showed massive promise by helping rodents shed tons of body fat, it was marketed to humans for the same reason. Unfortunately, the research in humans and fat loss is inconsistent, at best. To top things off, CLA has been seen to adversely affect glucose metabolism, inflammation, insulin sensitivity and blood lipids. Skip it. 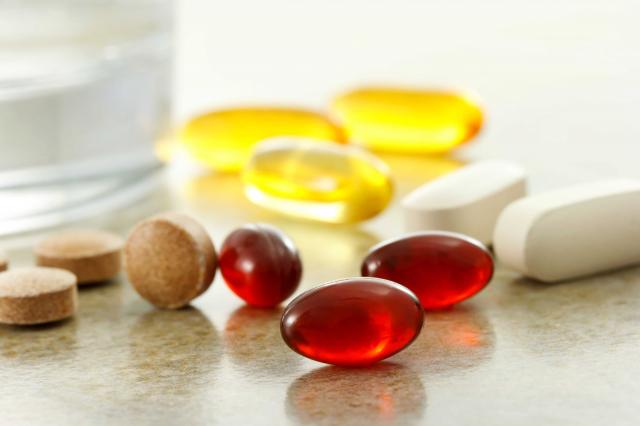 The hyped benefit is that NO improves our training performance, muscle growth and recovery through vasodilation. However, this hasn't quite panned out in the literature. Nitric oxide supplements actually include arginine -- not nitric oxide. Arginine is naturally found in foods like spinach, sesame seeds, crab, shrimp and white-meat turkey. Further, research involving the independent effect of arginine supplementation on the aerobic endurance capacity of healthy athletes has not been uncovered.

According to Jim White, RD, Academy of Nutrition and Dietetics spokesperson, "I recommend making sure optimal NO is produced by consuming essential precursor vitamins and nutrients. This can be done by a healthy, well-balanced diet, with attention to some additional nutrients. Red beets, spinach and other leafy greens, for example, have a large amount of nitrates." 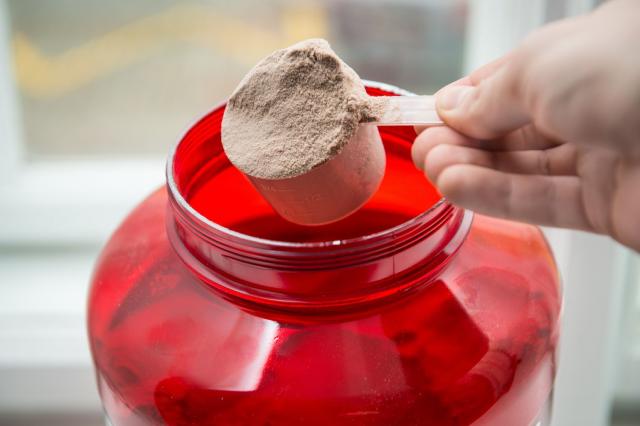 The rationale for the use of glutamine likely comes the fact that patients who are very sick -- burns, sepsis, cachexia -- have low levels of muscle glutamine. When those patients receive this amino acid their muscle protein balance improves. Active individuals then took this information to mean that those who take glutamine could build more muscle and enhance performance.

"The problem is that despite glutamine leaving the muscle in large quantities during exercise, it never really drops that much," says Dr. Phillips. He continues, "In fact, no study has, so far as I am aware, shown that ingested glutamine (even in large doses) increases muscle levels of glutamine! I think it's largely useless as a supplement." One study supplemented young, healthy adults with 0.9 g/kg of lean body mass per day and still no effect. If that dose didn't work, then how much would? Skip it.

Read More: 12 Moves That Will Get You Washboard Abs 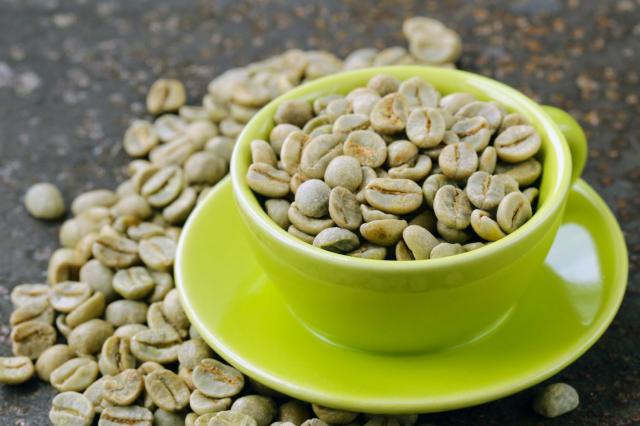 This supplement hit the market with high expectations of being a fat burner. And a few very small studies and reviews showed a possible benefit. However, it's important to note that the methodology of the studies was questioned for being so poor, and other similar, poorly done studies were actually retracted from the journal.

According to Jen Widerstrom, fitness expert and trainer on NBC's "The Biggest Loser," "When it really comes down to it, fat supplements don't work. Period. There is no exception to this. Many clients ask about these types of products, and, frankly, it's human nature these days to want that quick and easy magic pill. Lowering your body fat takes dedication in the gym and getting enough nourishment so that your body will trust you and drop those excess pounds." It doesn't take green coffee bean extract (or any other fat-loss supplement). 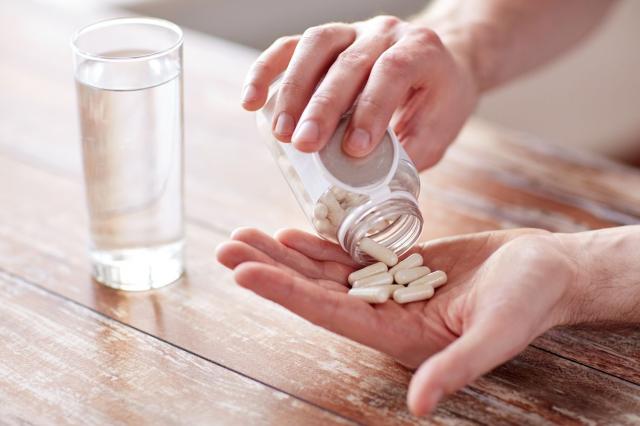 This one became popular in the late '90s and has had a recent resurgence in popularity. It's made from zinc, magnesium and vitamin B-6 and is marketed to increase muscle, fitness, sleep quality and testosterone. Unfortunately, the renewed interest isn't due to its efficacy. Aside from the "study" from the creator of ZMA, Victor Conte (of the BALCO steroids scandal), which showed promise, study after study has not shown it to work for improving hormone levels or training adaptations.

Layne Norton, Ph.D., agrees: "Unfortunately, there are no data to support these claims. Every study I've seen on ZMA shows zero difference from placebo. Save your money." 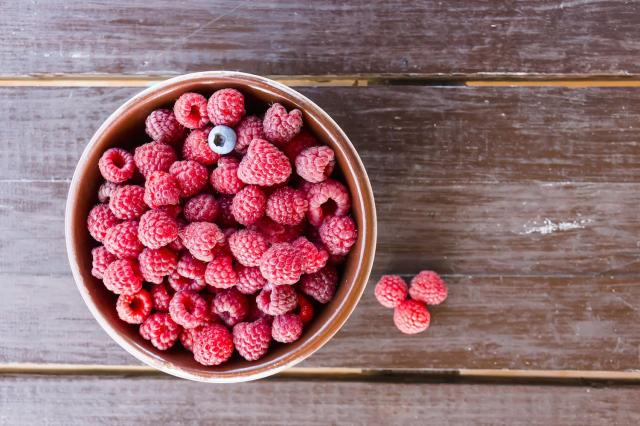 Widely advertised to increase body-fat loss and improve body composition, raspberry ketones seemed promising at first. It certainly helped that raspberry ketones were promoted in a positive light on "The Dr. Oz Show," among others. However, like so many in the fat-loss category, raspberry ketones have not lived up to the hype for any of the promises made in any single research study to date. 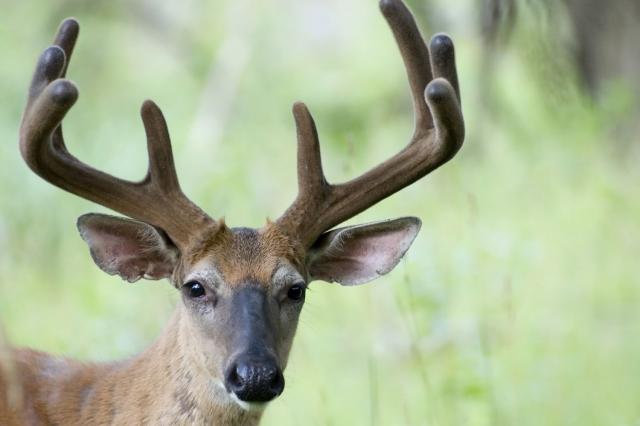 This spray is purported to stimulate the production of hormones that build muscle (IGF-1). Strangely, this leap of faith came from data that IGF-1 levels increase during antler growth in sika deer. NFL player Ray Lewis was vocal about its benefits for him, which surely spurred its popularity. The problem? It doesn't work. The claims state that it will improve muscular strength and increase endurance. The facts show it will do nothing for muscular strength, aerobic power or hormonal response. 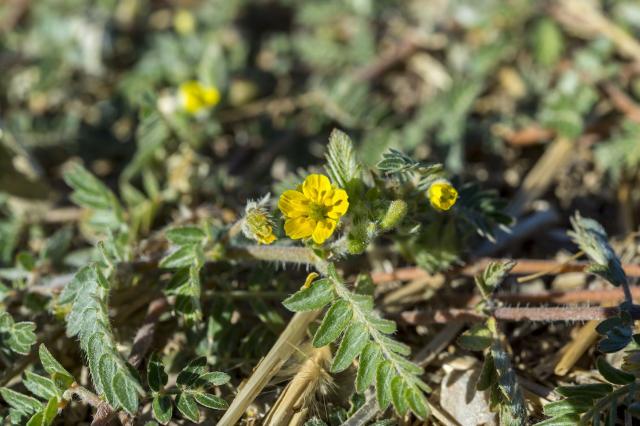 This herb has been hyped to raise testosterone and thus aid in muscle size and strength gains. There is very little research that has been conducted on tribulus terrestris, and what has been done has consistently failed to show a positive effect among athletes for improving body composition, strength or training performance and is not recommended. 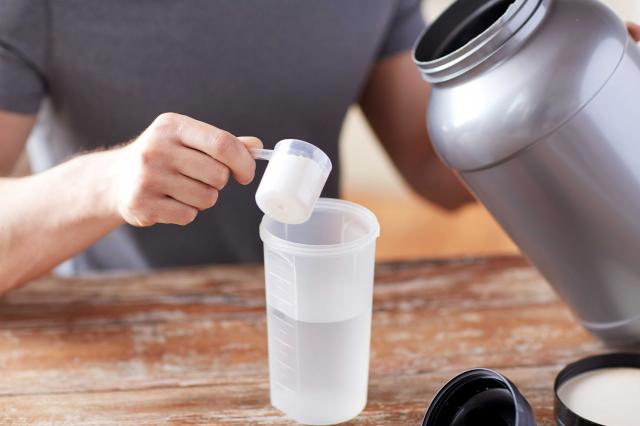 Pushed as the next creatine, the theory around ribose includes being able to volumize cells, replenish ATP, enhance anaerobic training and aid in muscle recovery and growth. Surely sounds promising, but the facts tell a different story. The evidence is not strong for the performance benefits of ribose. No research evidence exists supporting its ability to build muscular size or strength. 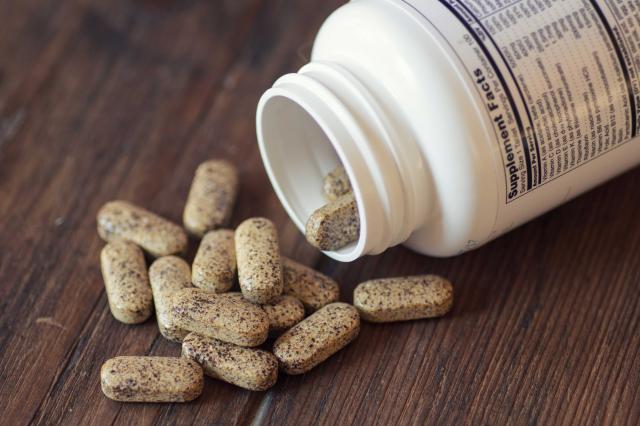 Like other weight loss supplements, Dr. Oz helped put this one on the map. Touted as what may be the next "magic ingredient that lets you lose weight without diet or exercise." Sound too good to be true? The deal is, the science isn't compelling. Study after study has not found this "magic ingredient" to produce magical weight loss results in humans. Turn off the television and save your money on this one. 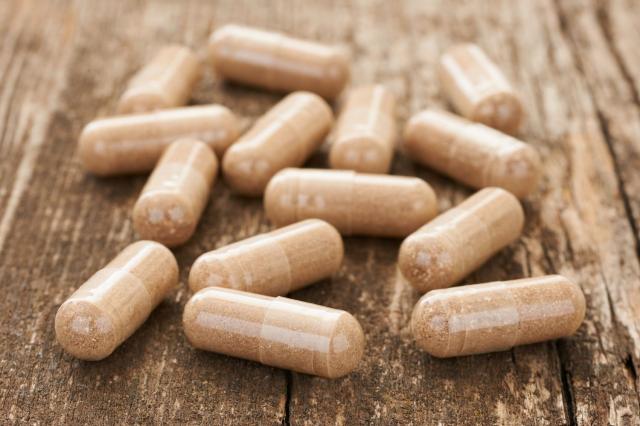 This essential trace mineral showed potential for lowering fasting blood glucose in people with Type 2 diabetes. The assumption was then made that it could potentially help with weight loss. Multiple controlled studies across a wide range of populations have shown its ineffectiveness for weight loss, including this Cochrane Database System Review in which the authors concluded, "We found no current, reliable evidence to inform firm decisions about the efficacy and safety of chromium picolinate supplements in overweight or obese adults."

Read More: 12 Moves That Will Get You Washboard Abs 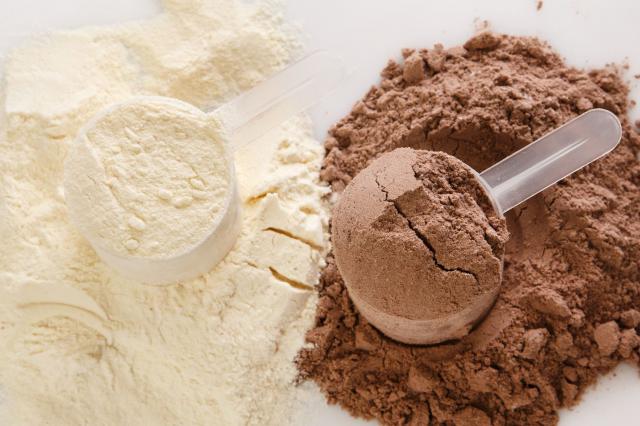 Popular and marketed for an ability to improve recovery and increase muscle growth, BCAAs have yet to really pan out in the research world. Numerous well-controlled studies have found no significant ergogenic effects of BCAA on exercise performance. One popular study that circled the forums recently supported their use for maintenance of lean body mass. However, due to flaws in the methods of this study and other inconsistencies, a letter to the editor has been written and will soon be published in the same journal calling out such flaws.

According to world-renowned protein researcher Dr. Stu Phillips of McMaster University, "The evidence on BCAAs is remarkably weak, and they are not anabolic. Bottom line, if you're taking in adequate protein then BCAAs are a complete waste of money, in my opinion." 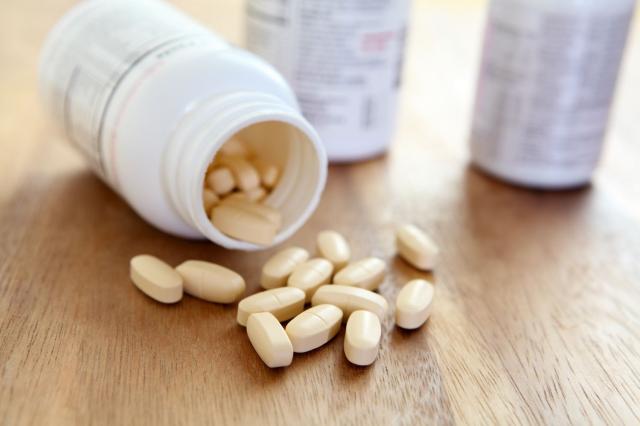 Have you tried any of these supplements? Are you currently taking them? What have your results been. Are there other overrated supplements you feel should have made the list? Share your thoughts with us in the comments below.

Christopher R. Mohr, PhD, RD is a nutrition consultant, writer and speaks all around the world on the topic of nutrition, health and performance. He has a PhD in exercise physiology and is a registered dietitian.