Ascaris lumbricoides, also known as the giant intestinal roundworm, is one of several soil-transmitted nematodes that are infectious to humans. According to the Global Network for Neglected Tropical Diseases, ascariasis is the most common human worm infection. More than 60,000 people die from the disease annually.

Ascaris lumbricoides, also known as the giant intestinal roundworm, is one of several soil-transmitted nematodes that are infectious to humans. According to the Global Network for Neglected Tropical Diseases, ascariasis is the most common human worm infection. More than 60,000 people die from the disease annually. 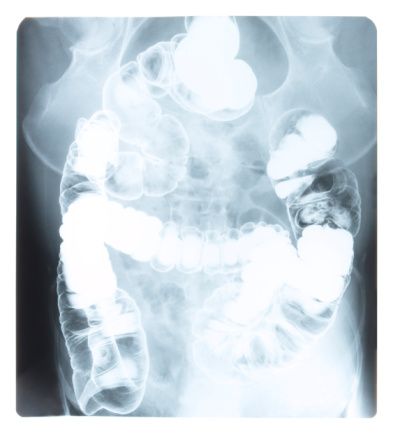 According to Ruth Leventhal, Ph.D., in the United States, it's found predominately in the Appalachian Mountains and adjacent regions to the east, south and west. It's common worldwide in warmer climates and in areas of poor sanitation.

The adult Ascaris worm is creamy to pinkish-white in color. It's cylindrical in shape with tapering at both ends of the worm. It can reach up to 35cm in length, with females longer than males. The adult female can lay up to 250,000 eggs per day.

The eggs are the diagnostic and infective stage of Ascaris lumbricoides. They're very resistant to the changes in climate, environment and even chemicals, living for years in the soil. The eggs are the infective stage to humans when they're ingested through contaminated vegetables or through direct hand-to-mouth transmission. Poor sanitation and certain customs in some countries provide a constant source of infective eggs for the soil--for example, countries that use "night soil" or human feces for fertilizer. The presence of the microscopic eggs in feces is usually the basis for diagnosis of ascariasis.

According to the Centers for Disease Control and Prevention, after a person ingests a fertilized egg, the larva hatches and invades the intestines. They then get picked up in the circulation and taken to the lungs--where they mature and move toward the throat and are swallowed. The larva then reaches the small intestine and develops into adult worms.

There is different pathology, depending on whether the ascaris is in the larval stage or the adult stage. During the larval stage, there may be a cough, fever and pneumonia-like symptoms.

In the adult stage, symptoms are usually related to the amount of worms present. A few worms are usually no problem, and the patient doesn't show symptoms. Heavy infections can produce a bolus (a ball of worms), which can block the intestine or cause a twisting of the bowel.

Sometimes the adult worms can migrate to vital organs where they normally don't go, such as the liver, brain or lungs. This is called "erratic ascariasis" and can occur because of fever, anesthesia and some medications. Migration of adult worms to these organs can be fatal.

Robert Herriman has been writing for the the web site, examiner.com since 2009 as the Infectious Diseases Examiner. Herriman has experience in the fields of microbiology and infectious diseases since 1989. He has previously written for "Continuing Education Topics" publication for the American Medical Technologists. Herriman holds a Master of Public Health from the University of South Florida.