Also known as the thermic effect of food, dietary thermogenesis, or diet-induced thermogenesis, DIT, is the process of energy production in the body caused directly by the metabolizing of food consumed. 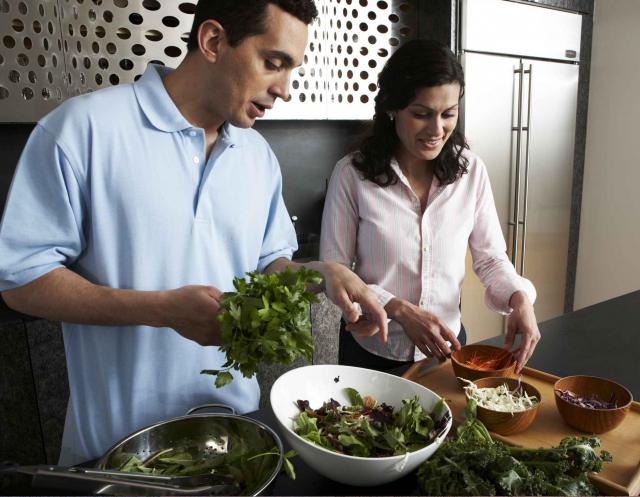 According to the 2004 "Nutrition and Metabolism" study, protein is one of the primary factors in determining dietary thermogenesis. It is also the most significant influencing macronutrient in determining dietary satiety, or a feeling of fullness from eating. Therefore, the researchers suggest, protein is pivotal in regulating body weight because of its key role in dietary thermogenesisâ€“related satiety.

Brown adipose tissue is like fat tissue except that it also possesses a thermogenic property: That is, it can take the energy from food and convert it into heat. About 5 percent of the body tissue of human infants is brown adipose, but this number decreases as a person ages. This reduction could contribute to a decrease in dietary thermogenesis as one ages.

Based in Maine, Sage Kalmus has written extensively on fitness, nutrition, alternative health, self-improvement and green living for various websites. He also authored the metaphysical fiction book, "Free Will Flux." Kalmus holds a Bachelor of Science from Boston University's College of Communication and is a Certified Holistic Health Counselor with special training in Touch-For-Health Kinesiology.