You're trying to trim calories and exercise so you can lose weight, but hunger pangs nag -- so it's nearly impossible to stay true to your plan. To keep your hunger in check, pay attention to more than calories. Be aware of the types of food you choose and when you eat them.

You're trying to trim calories and exercise so you can lose weight, but hunger pangs nag -- so it's nearly impossible to stay true to your plan. To keep your hunger in check, pay attention to more than calories. Be aware of the types of food you choose and when you eat them. Trick yourself into feeling full by making strategic menu choices and implementing healthy strategies to get your weight loss on track. 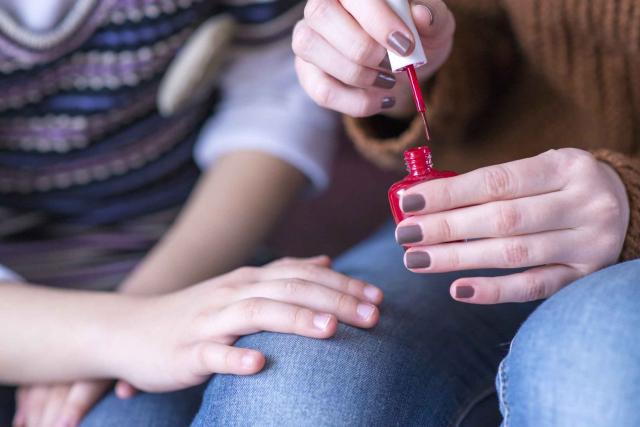 Start your meal with a salad of watery, fibrous vegetables to fill you up before the main course arrives. People who started their meal with a large, low-calorie salad ate 7 to 12 percent fewer calories -- depending on whether they had a small or large salad -- at a subsequent pasta meal, compared to those who had no first course, showed a 2004 study published in the Journal of the American Dietetic Association. Keep salad dressing to a minimum, and avoid high-calorie toppings, such as cheese and croutons, to keep your calorie intake under control.

A serving of soup before a meal also helps make you feel fuller and reduces the total amount of calories you eat at that meal by as much as 20 percent, according to research published in Appetite in 2007. Thick, pureed vegetable soups provided the greatest feelings of fullness -- but avoid high-calorie recipes that call for cream, butter or cheese.

If you don't have time to make a whole salad or prepare soup, a pre-meal piece of fresh fruit -- an apple, for example -- may help you feel fuller and reduce your overall calorie intake. Another study published in Appetite in 2009 found that an apple eaten at the start of a meal reduced overall calorie intake at that meal by 15 percent.

Protein digests more slowly than fat or carbohydrates, so it tends to be more filling. Make 30 to 34 percent of your calories come from high-protein foods such as lean steak, chicken breast or fish. This can make your body feel full long past the meal, according to research presented in a 2007 issue of the American Journal of Clinical Nutrition. Include protein at every meal, even snacks -- such as cottage cheese with fruit or deli turkey on whole-grain crackers.

Fiber, found only in plant foods, isn't completely digested and has almost no calories, but it adds bulk to meals and slows digestion so it increases sensations of fullness. Include lots of high-fiber foods, such as beans, leafy greens, whole grains and fresh fruit, on your eating plan.

Sleeping too little stimulates the hunger hormone ghrelin and suppresses the fullness hormone leptin. Quality sleep keeps these hormones balanced to control hunger and helps you maintain willpower. When you don't sleep enough, you're also more likely to choose higher-calorie processed foods out of convenience and comfort.

Consuming too much caffeine, especially later in the day, can negatively affect sleep. Many caffeinated beverages -- such as soda and energy drinks -- add extra calories to your diet without making you feel full. The National Sleep Foundation says seven to nine hours of quality rest is needed per night by most adults.

Hydrate and Slow Down

Staying hydrated prevents thirst from masquerading as hunger. A study in a 2010 issue of Obesity reported that consuming a 16-ounce glass of water before your meal may also squelch your appetite, so you eat less and potentially are more successful in losing weight.

Sometimes, you don't even have to trick your body into feeling full -- you just have to take time for the feeling to register. Once you've eaten, it can take 15 to 20 minutes for your body to signal your brain that you're full. A study in the Journal of the American Dietetic Association published in 2008 found that, when 30 healthy women ate slowly, they consumed less and felt fuller than when they ate more food quickly.

Mix cinnamon into a vinaigrette salad dressing to regulate your blood sugar after a meal and intensify feelings of satiation, or fullness. A small study published in Nutrition Research in 2009 showed that combining cinnamon and acetic acid, the active ingredient in vinegar, reduced participants' blood sugar levels for two hours and resulted in a notably higher feeling of satiation. Try a cinnamon vinaigrette on a salad of spinach and chopped apples, or add to one containing oranges and radishes.

Pay Attention to Your Meals

Sometimes, it's not your appetite that you need to trick into feeling full, but your mind. You might miss fullness cues and keep eating just because the food is there. This is especially true if you eat when distracted, such as when you grab breakfast in the car on the way to work or habitually snack as you watch television.

Have Oatmeal or Eggs for Breakfast

A piece of fruit may be a healthy way to start the day, but it could leave you hungry so you eat more calories later. Induce feelings of fullness by starting your morning with a bowl of oatmeal. While you may not immediately feel more full from the oats, a study published in a 2016 issue of Appetite demonstrated that participants who ate oatmeal, as opposed to oranges, snacked less in the two hours following the meal. The fullness factor of oatmeal likely comes from its soluble fiber content and viscosity, or thick mouth-feel. Your stomach and intestines react to this bulk by triggering the release of appetite-squelching hormones, researcher Candida Rebello of the Pennington Biomedical Research Center told Scientific American in 2014.

Eggs for breakfast are also satisfying and help curb your hunger through lunch. Both whole eggs or a large serving of just the whites at breakfast caused participants to eat fewer calories at breakfast and lunch, showed a 2013 study in the FASEB Journal.

Eat More Nuts During the Day

Nuts, including almonds and walnuts, provide healthy unsaturated fats, protein and multiple vitamins and minerals. Although they seem rather calorie-dense, with 172 calories per ounce, they induce feelings of fullness that make you eat fewer calories overall during the day. Nuts are high in fiber and vegetable protein, which both fill you up. They also require a lot of chewing, keeping your mind fooled into thinking you're eating a lot. 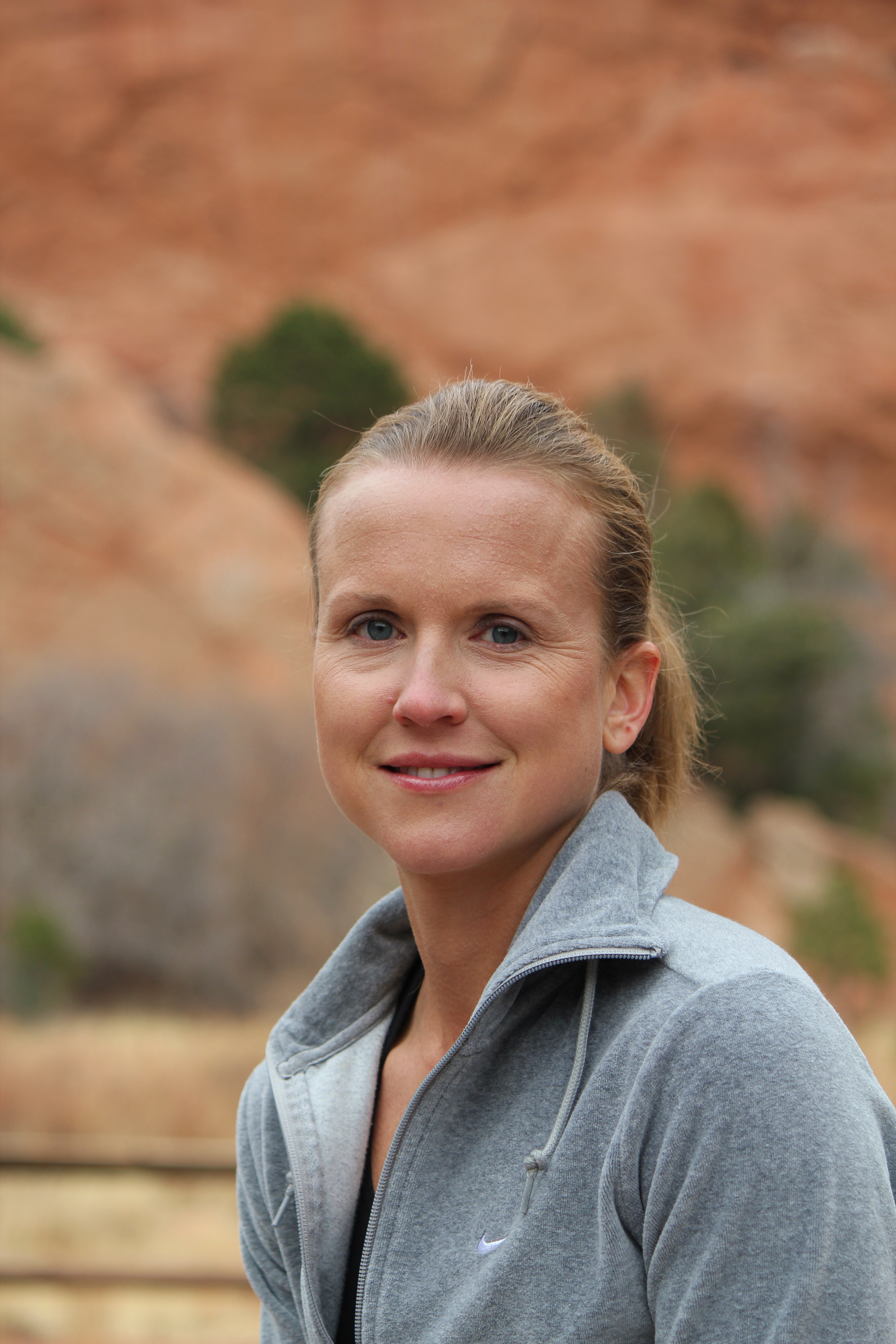 Andrea Cespedes has been in the fitness industry for more than 20 years. A personal trainer, run coach, group fitness instructor and master yoga teacher, she also holds certifications in holistic and fitness nutrition.