Children inherit their parents' physical attributes, but scientists know less about whether they also inherit the personalities of their mother and father. Some personality traits appear to have a genetic basis, but several genes, not just one, contribute to personality. 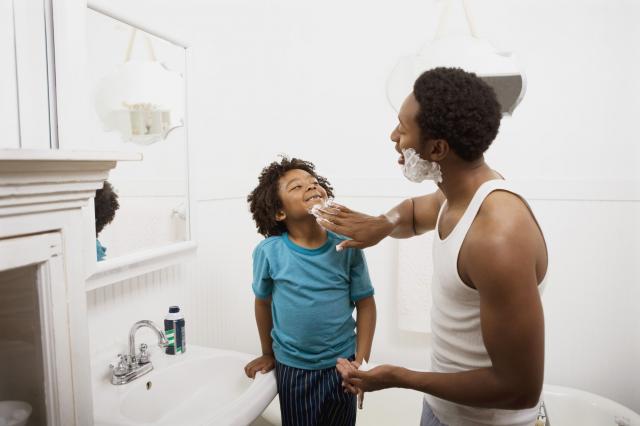 Researchers haven't isolated the genes that might carry markers for all personality traits. Since genes work with one another and influence their expression, it might take several different genetic combinations for a child to have a certain personality trait. Genes can switch on and off, sometimes because of environmental factors, other times because of other genetic influences. Genes can affect chemical messengers such as seratonin and dopamine, which can have profound effects on the brain and influence personality traits such as anxiety or shyness, according to the Genome News Network.

Around 40 percent of a person's personality traits stem from inherited genes, according to Dr. David Funder, psychology professor at the University of California, Riverside, and author of "The Personality Puzzle." This leaves room for considerable influence from environmental factors. Environmental factors refer to more than where a person lives; cultural influences and early life experiences and exposures can all impact personality. For example, notes Dr. Funder, people who carry a certain gene that affects seratonin have a higher risk of depression and anti-social behavior, but only if their childhood is marked by severe stress or maltreatment.

Not even identical twins, who have the same genetic makeup, have identical personalities. While they do have more behavioral characteristics in common than fraternal twins or non-twin siblings, they share just 50 percent of several personality traits, child psychologist Dr. David Shaffer notes in his book, "Social and Personality Development." Fraternal twins share around 30 percent of the same traits, while non-twin siblings share around 20 percent. Biologically unrelated children raised in the same home share just 7 percent of traits.

Researchers have found that many behavioral disorders, such as schizophrenia, clinical depression or bipolar disorder have a genetic basis, but that doesn't mean everyone who inherits the gene develops the illness. If you have an identical twin with schizophrenia, for example, your chance of having the same disorder is one in two, or 50 percent, even though you inherited the same genes. But only 5 to 10 percent of children with one parent with schizophrenia also develop schizophrenic symptoms, according to Dr. Shaffer.