In early 2014, the Centers for Disease Control and Prevention reported that Americans are living longer than ever, with life expectancies continuing to increase annually. 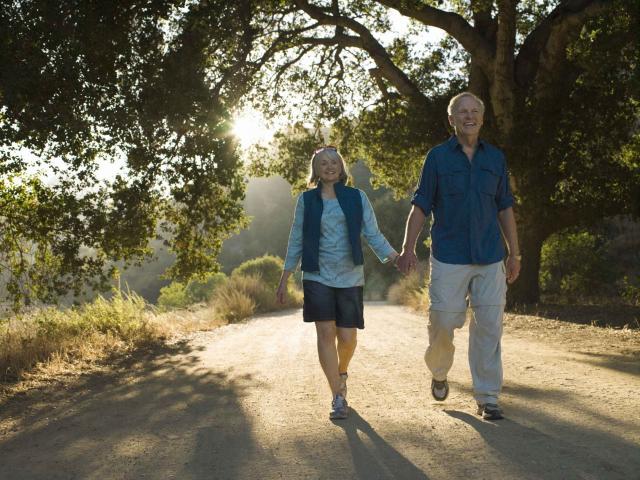 According to the Centers for Disease Control and Prevention, Americans are living longer than ever. The reports are good across the board, with both sexes and all races demonstrating longer lifespans, the average hovering just above 78 years. But the rise in life expectancy is not matched by a rise in "health span." If you're looking to live longer, and better, consider the 12 proven practices on the next slides. 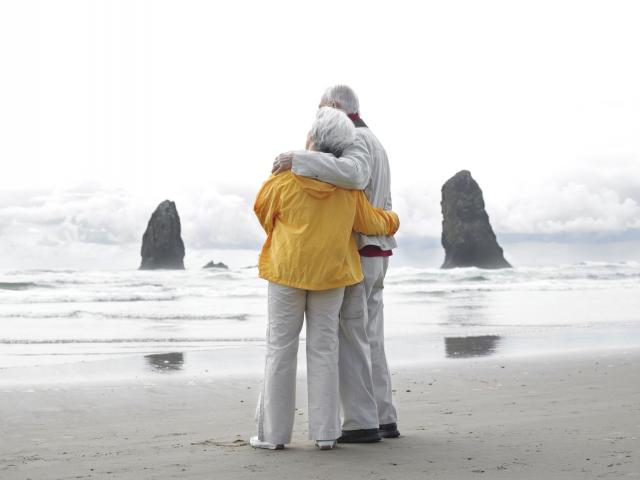 While researching his book "30 Lessons for Living: Tried & True Advice from the Wisest Americans," Cornell professor Karl Pillemer, Ph.D., interviewed 1,000 people between the ages of 65 and 108, and many of them gave the same advice: "Treat your body like you're going to need it for 100 years." According to the elders, a common misconception made during youth was that they'd rather die sooner and keep smoking, eating poorly and not exercising. Then, later in life, many of them learned from personal experience that modern medical science can often prolong life—for better or for worse. "They realized that bad habits don't mean you'll drop dead 10 years earlier, but rather that you could be sentencing yourself to many years of chronic illness," Pillemer says. "People talk about adding years to life, but it's equally important to add life to years."

Related: 17 Proven Motivations to Get You Running

2. Give Back and Volunteer 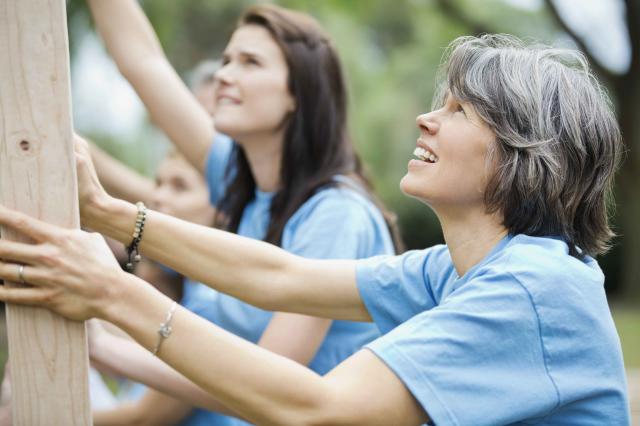 Altruism not only results in good karma, but may also afford improved longevity. Just ask the authors of a May 1999 study at University of California-Berkeley, who discovered that elderly people volunteering for two or more organizations were 44 percent less likely to die over a five-year period than those who didn't engage in volunteer opportunities. Religion also played a role: Those participants who volunteered and attended religious services every week had a reduced mortality rate of 60 percent. Volunteering may even be able to provide physical relief. Another study published in Pain Management Nursing in September 2002 revealed that people suffering from chronic pain experienced less intense pains, less depression and decreased levels of disability when they volunteered to counsel others who suffered from chronic pain. 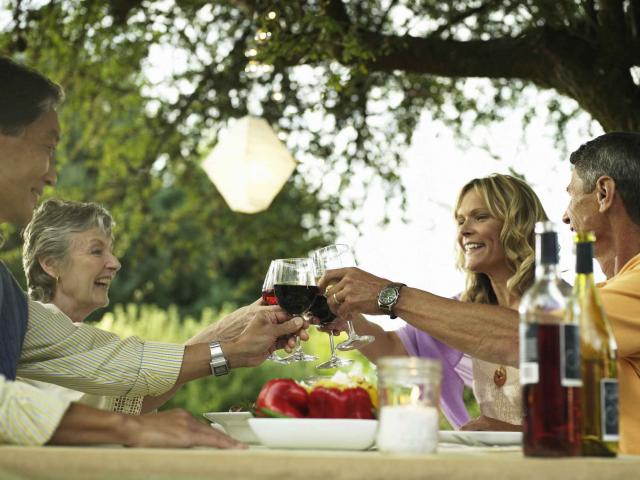 Go ahead and enjoy that pinot noir: A Harvard research study published in March 2013 found that the resveratrol compound in red wines may promote health and longevity. A polyphenol antioxidant, resveratrol directly activates SIRT1, a type of sirtuin protein. Sirtuins are genes that can help protect the body against diseases associated with aging, and SIRT1 specifically helps vitalize beneficial cell mitochondria that would otherwise deteriorate during the aging process. If you're not a wine drinker, try loading up on grapes, peanuts and berries—all of which contain ample amounts of resveratrol. Or simply take a resveratrol supplement for an easy antioxidant fix.

Related: Money Doesn't Bring Happiness, but These 12 Traits of Happy People Will!

4. Nurture Your Brain With Nootropics 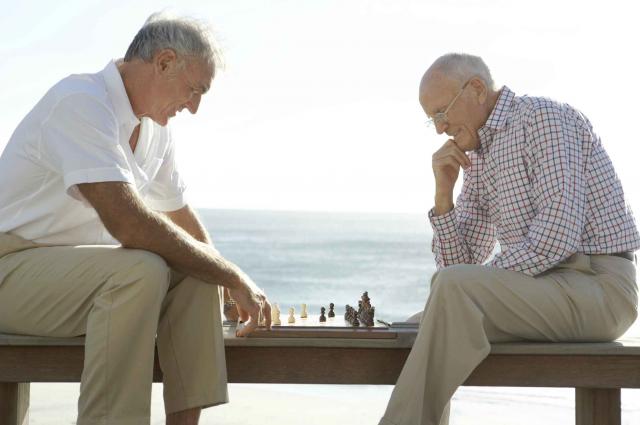 Nootropics are known as "smart drugs," thanks to their ability to improve cognition, memory, focus and other mental functions. One of these compounds, piracetam, is widely used around the world to treat dementia and other aging-related cognitive issues and may have a positive effect in the treatment of Alzheimer's. It accomplishes this end by helping to improve blood flow and oxygen usage, as does a similar compound, oxiracetam. "Many of the compounds can impact life and longevity by balancing neurotransmitters that are overworked," explains Pure Nootropics co-founder Eric Balaster. "Piracetam and its similar family of compounds are very useful for protecting the neurons of the brain." Not interested in taking a supplement? Try eating chocolate or drinking green tea: They naturally contain nootropics.

Related: Sign Up for Our FREE Weekly LIVESTRONG.COM Health and Fitness Newsletter 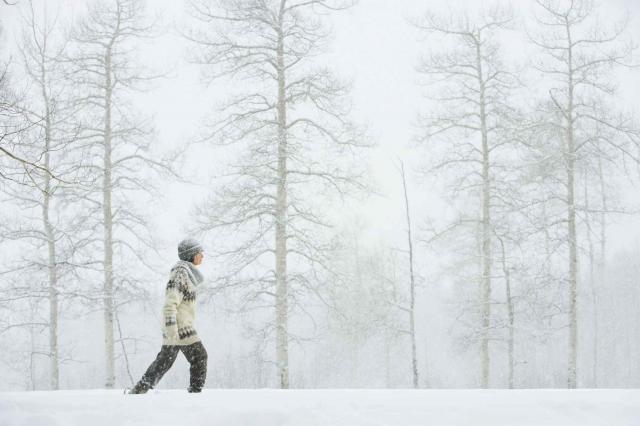 Many people move to warmer climates in their later years, but recent University of Michigan research suggests that mammals may live longer in cold environments, much like worms, flies and fish (all cold-blooded animals). Published in the journal Cell in February 2013, the study found that cold air activates what's called the body's TRPA1 channel, starting a chain reaction that ends with a gene that regulates longevity and life span. Can't bear the thought of living somewhere chilly? Stock up on mustard: Additional research shows that other ways to activate TRPA1 include eating wasabi and mustard seed extracts. According to a study published in the June 2013 edition of JAMA Internal Medicine, vegetarians are more likely to lead longer lives than meat eaters. The study followed 73,308 adults in their middle-to-late 50s for six years, with about half of the group identifying as vegetarian. Throughout the study, 2,570 of the participants passed away, and researchers discovered that vegetarians were 12 percent less likely to have died during the study, with vegans, lacto-ovo vegetarians, pescatarians and flexitarians faring best. The likely reason? Another study, published in the American Journal of Clinical Nutrition in March 2013, found that vegetarians are 32 percent less likely to develop ischemic heart disease—the leading cause of death in the U.S. The health benefits of vitamin D are well documented and certainly shouldn't be discounted—among them, strong teeth, healthier bones and improved immunity. However, a study published in the November 2012 edition of the Canadian Medical Association Journal actually found a link between low vitamin D levels and familial longevity. The study focused on children of nonagenarians (people who live to be at least 90) with at least one nonagenarian sibling, and found that their offspring had lower vitamin D levels and higher amounts of a protein thought to be an "aging suppressor." The result? They may very well become nonagenarians themselves. The lesson? Rather than taking vitamin D supplements, try to eat ample fruits and vegetables each day, an approach experts say can provide a well-rounded vitamin intake and aid longevity. When Chinese herbalist Li Ching-Yuen died in 1933 at a reputed age of 197 (or possibly 256), he was one of the oldest men that ever lived. His self-professed secret to attaining such a long life: keeping an inner calm and striving for peace of mind. While we can't verify that he lived some 200 years, his philosophy appears sound— research has shown that chronic stress can lead to coronary heart disease, Alzheimer's and other conditions. Inner turmoil is also a common regret among elderly people, says author Pillemer. After interviewing 1,000 people between the ages of 65 and 108, he found pointless worrying emerged as one of their top life regrets. "I was absolutely stunned by how many people said, 'I wish I hadn't worried so much,'" Pillemer says. "The key to a happy, long life is to try to eliminate or minimize repetitive rumination over things of which you have no control."

Related: 12 Foods That Can Improve Your Mood Picture the idyllic Greek island of Ikaria, rich with white sandy beaches, beautiful villages and some of the highest longevity rates in the world. One percent of its residents are over 90 years old, as opposed to a 0.1 percent rate in the rest of Europe. Their secret may be a cup of boiled Greek coffee in the morning. In a study published in Vascular Medicine in March 2013, researchers found that the caffeinated drink was the key to the island's residents' awe-inspiring cardiovascular health. High in polyphenols and antioxidants and low in caffeine, boiled Greek coffee was found to improve endothelial function, leading to healthy blood vessels and helping to prevent coronary artery disease. How do you live to be 112 years old? Look at the life of Jeanne Calment, a French "supercentarian," who was born in 1885 and died in 1997. Along with a love of port wine and a passion for fencing and biking, Calment ascribed much of her good health to olive oil, which she consumed daily and also applied directly to her skin as a moisturizer. Research found that a Mediterranean diet with a high intake of olive oil resulted in longer telomere length, a biomarker of aging. To follow in Calment's long-lived footsteps, use olive oil to make a healthy salad dressing or add olive oil to hair conditioner.

Related: The 9 Best Foods for Your Brain Make new friends and keep the old because they may be worth their weight in wellness gold. According to 148 independent research studies compiled by Brigham Young University and the University of North Carolina at Chapel Hill, the quality and quantity of one's social relationships have a powerful, direct impact on morbidity and mortality—and those who have a strong social network have a 50 percent increase in odds of survival as compared to those with poor relationships. To put it in perspective, these findings put having a weak social network on par with smoking; it's even worse than obesity or physical inactivity as a risk factor for mortality.

12. Make Peace With the Idea of Dying

It may sound morbid, but getting over your fear of dying may help you live longer. "To the oldest Americans, fear of mortality is a young person's game," Pillemer says. "We've learned that there's a strong negative correlation between age and the fear of dying." Recent research supports this assertion: A study published in June 2011 in BMC Psychiatry concluded that fear of dying by heart attack actually increases one's risk of cardiovascular heart disease.

Related: 9 of the Healthiest Nuts (That May Help You Live Longer!) Looking to join the century club? Have you tried any of these tips? Which ones do you think work best? Are there any healthy longevity habits that that we missed on our list? Share your life-extending lessons by leaving a comment below.

Jen Jones Donatelli is a writer whose work has appeared in "Variety," E!Online, and many other print and online publications. Currently based in Los Angeles, she has a Bachelor's of Science degree in Magazine Journalism from Ohio University. Jones is also the author of the "Cool Crafts" book series for Capstone Press.