In today’s fast-paced world, people have come to consider sleeping a luxury instead of a necessity. Hours that should be spent resting are instead spent on television, games, the Internet and work. It is vital that you understand how important sleep is to your health.

In today's fast-paced world, people have come to consider sleeping a luxury instead of a necessity. Hours that should be spent resting are instead spent on television, games, the Internet and work. It is vital that you understand how important sleep is to your health. The effects of long-term sleep deprivation can be far more serious than a bad mood or impaired concentration. The Sleep Deprivation website warns that much of the body's regeneration processes take place during the hours you sleep. Disruption of these processes due to a lack of sleep can have serious negative consequences on your health. 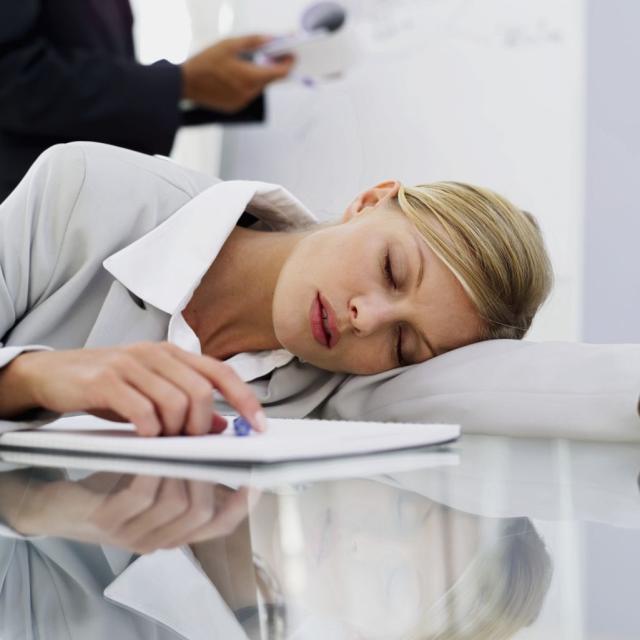 Lack of sleep has been linked to several major illnesses. "Sleep deprivation can put the body into a state of high alert, increasing the production of stress hormones and driving up blood pressure," reports the Washington Post. High blood pressure can lead to significant health problems, such as heart attacks and strokes. Moreover, sleep deprivation has also been linked to increased inflammation of the body, which in turn could increase your risk of health problems, including heart disease, cancer and diabetes. To better manage high blood pressure and stress, get adequate rest in addition to making any beneficial diet and exercise changes to your lifestyle.

Sleep enables your body's systems to function properly. Your immune system is weakened without adequate rest, leaving you more susceptible to illness, according to Helpguide.org. Your body also relies on proper rest to repair the neurons in your nervous system that direct your body's voluntary and involuntary commands. Without enough sleep, your reflexes are dulled. Furthermore, lack of sleep interferes with your body's endocrine system. It is during sleep that vital growth and repair hormones are released.

Sleep deprivation has been linked to changes in weight, specifically weight gain. According to the Sleep Deprivation website, your body needs sleep to properly regulate the hormone levels that affect appetite and satiety. Without adequate rest, levels of the hormone responsible for stimulating appetite increase, and the hormone that regulates fullness drops, which could lead to weight gain. A study from Columbia University reported a correlation between adults who do not get enough sleep and their tendency to gain weight and become obese, which may in part account for the increased incidence of obesity in America. If you are struggling with unexplained weight gain, evaluate how many hours of sleep you are getting at night.

A lack of sleep will leave you feeling drowsy and irritable, according to Helpguide.org. Tiredness makes it difficult to focus and to retain information, which will affect your productivity at work or at school. Other side effects of grogginess include trouble concentrating, irritability and impaired decision-making abilities. Fatigue can also leave you feeling snappish and impatient with your peers, co-workers and family. You may still be able to attend to your responsibilities, but you will not be able to give your obligations your best efforts without adequate sleep.

Michelle Ernst has been writing since 2000. She published a critical essay in "Annual of the Association for Mormon Letters" in 2004. She also wrote two athletic grants that were funded on behalf of the Because We Care Foundation of Lehi, Utah. She holds a bachelor's degree in behavioral science from Utah Valley University.