Cravings occur frequently during pregnancy, but certain cravings, like chomping on ice, may indicate something potentially more serious than a craving for pickles and ice cream. An urge to eat non-nutritive substances, a condition called pica, can occur in pregnant women with low iron levels.

Cravings occur frequently during pregnancy, but certain cravings, like chomping on ice, may indicate something potentially more serious than a craving for pickles and ice cream. An urge to eat nonnutritive substances, a condition called pica, can occur in pregnant women with low iron levels. On the other hand, craving ice while pregnant, known medically as pagophagia, doesn't necessarily mean you have a nutrient deficiency, which a blood test can diagnose. While eating ice doesn't cause any harm during pregnancy, it may be hard on your teeth. 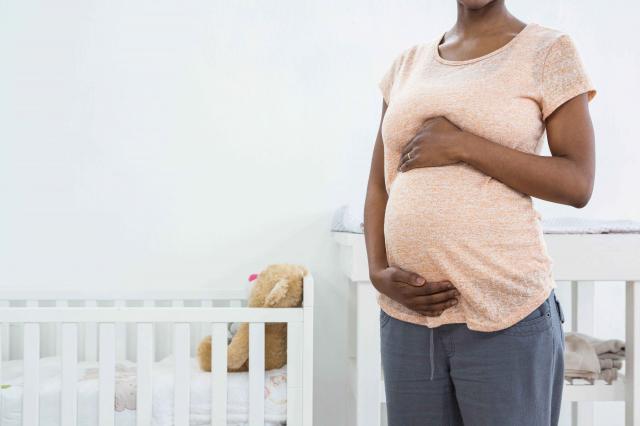 The desire to eat ice is just one type of craving seen during pregnancy. Women may also find themselves craving chalk, starch, dirt, clay or paper. Women who eat ice during pregnancy may do so because of iron deficiency, a Healthline article suggests. An ice craving that appears in pregnancy may disappear once you deliver.

Pagophagia in pregnancy may affect your intake of essential nutrients, even though ice itself has no calories. A study conducted by researchers from the Universidad de Buenos Aires in Argentina and reported in Nutricion Hospitalaria found that pregnant women with pagophagia had lower intake of several nutrients. While women who craved ice took in the same number of calories, total proteins, iron and calcium as those who didn't, they had lower intakes of heme iron — the best-absorbed iron — as well as carbohydrates, animal proteins and zinc.

Pregnant women need 27 mg of iron per day to satisfy their iron requirements as well as their growing babies' needs. Most doctors check for iron deficiency at the first prenatal visit and then again between 24 and 28 weeks of pregnancy, whether you have pagophagia or not. Iron requirements rise during pregnancy because blood volume increases. Signs of iron deficiency include fatigue, shortness of breath, weakness, dizziness, feeling cold, rapid heartbeat and irritability. Blood tests can diagnose iron deficiency.

During pregnancy, iron intake is critical for your baby's growth and development. To make sure you get the adequate amount of iron in your diet to prevent a deficiency, eat lots of dark-green leafy vegetables, seafood, beans, nuts and seeds, and fortified foods. Make sure you include protein from meat or, if you're a vegetarian, from plant food combinations such as beans or lentils with rice. Include at least three portions of complex carbs daily and five servings of fresh fruits and vegetables. In addition, consume at least 2 cups of dairy such as milk, cheese or yogurt.

Healthy fats from olive oil, avocados and most fish are necessary for normal metabolism, but moderate your intake of fat, advises the American College of Obstetricians and Gynecologists. At the same time you eat foods rich in iron, have them with foods that contain vitamin C to help with the absorption of the iron. On the other hand, don't consume coffee, tea, milk, whole grains or dairy products with a meal that contains foods high in iron, as the absorption of the iron may be compromised.

Other Causes of Ice Eating

Pica can be a symptom of obsessive-compulsive disorder rather than a sign of nutritional deficiency. An ice-eating compulsion is less harmful than eating dirt or starch, substances that can interfere with nutrition and introduce parasites into the gastrointestinal tract. If iron deficiency causes ice eating, the compulsion will decrease once the iron deficiency improves. If you're not anemic and have the craving for ice while pregnant, just don't chew pieces large enough to choke on — and take it easy on your teeth.

Read More: What Diet Should I Follow in the Eighth Month of Pregnancy?