The most common problems from rinsing with hydrogen peroxide involve increased sensitivity to hot or cold foods. In some cases, you might also experience stinging sensations, mouth sores and other forms of irritation inside your mouth. 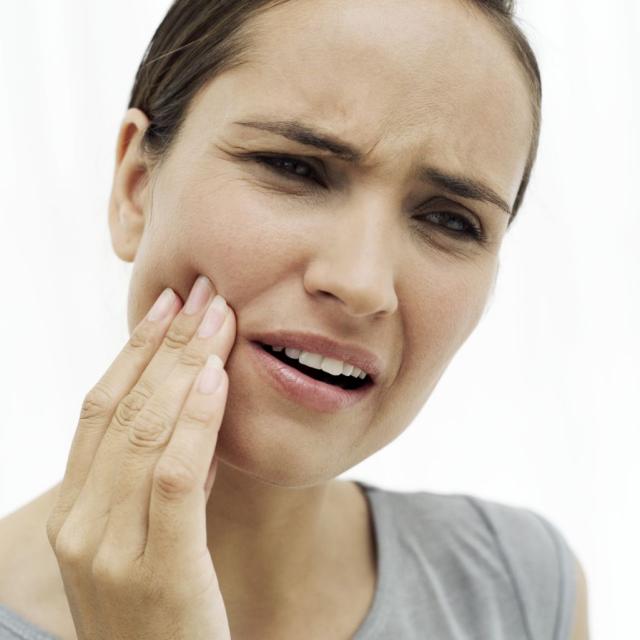 Some people use hydrogen peroxide, in either homemade or professional preparations, to clean and whiten teeth. Hydrogen peroxide has bleaching power, which makes it useful in everything from tooth-whitening kits to hair dyes and cleaning products. It also possesses broad-spectrum antimicrobial properties. For dental hygiene purposes, this bacteria-killing characteristic means hydrogen peroxide provides protection against germs that cause gum and tooth disease, as well as those contributing to bad breath.

You might find that using hydrogen peroxide at a lower concentration reduces the pain you feel after rinsing with the product. Dentist-prepared whitening kits might use a 35 percent-strength peroxide formula, while commercial whitening toothpastes are as low as 6 percent. If you prepare your own whitening and cleaning rinse, consider buying an even milder concentration. Drugstore bottles come in 1 to 6 percent strengths. Dilute hydrogen peroxide in water until you reach a ratio that eliminates pain.

Several factors might determine whether a person feels pain after rinsing with hydrogen peroxide. Long-term use of a homemade or store-bought peroxide treatment might increase tooth sensitivity through ongoing penetration into the tooth. Ultimately, long-tern use might cause penetration through the enamel and dentin layers, into the dental nerve pulp. In addition, people with existing gum tissue damage are more prone to sensitivity to peroxide, as are people who regularly drink alcohol or use tobacco products. Always ask your dentist if your medical history or current habits put you at risk for mouth pain after rinsing with hydrogen peroxide.

Ellen Douglas has written on food, gardening, education and the arts since 1992. Douglas has worked as a staff reporter for the Lakeville Journal newspaper group. Previously, she served as a communication specialist in the nonprofit field. She received her Bachelor of Arts from the University of Connecticut.