Your boss chews you out. A car hits a puddle and splashes dirty water all over you. It’s a bad day, but it’s only one day. For one in ten Americans with depression, however, the blues don’t go away with a flip of the calendar. 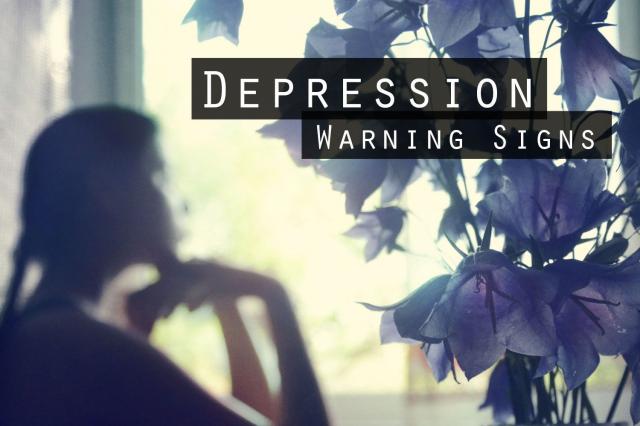 Your boss chews you out. A car hits a puddle and splashes dirty water all over you. It's a bad day, but it's only one day. For one in ten Americans with depression, however, the blues don't go away with a flip of the calendar. Its symptoms usually persist for two weeks or more and typically do not subside without treatment. Unfortunately, most people do not realize that depression's symptoms aren't as simple as "feeling sad." What's more, every person experiences depression differently, meaning some may experience more symptoms than others. Depression goes unrecognized far too often, and those affected by it are forced to suffer in silence. Read on to learn how to recognize the most common symptoms of depression -- whether in yourself, friends or family members -- and how to get help. 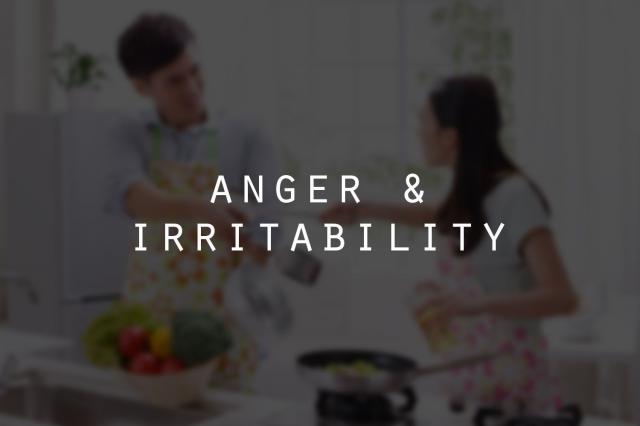 Often, when depressed, people report feeling agitated, restless or even violent, explains psychiatrist Robert London, M.D. Anger can also perpetuate depression. According to one Advances in Psychiatric Treatment editorial, when anger is left unaddressed, it can lead to passive-aggressive behavior. This behavior can be self-destructive and contribute to feelings of depression. London recommends that anyone experiencing aggression or hostility, or even an unusually short temper, discuss conflicts with others to work toward a possible resolution. Talking with a counselor or therapist can also prove helpful in sorting through feelings of anger or resentment and coming up with constructive ways of dealing with them.

Read more: The 3-2-1 Method for Tackling Life's Challenges and Winning 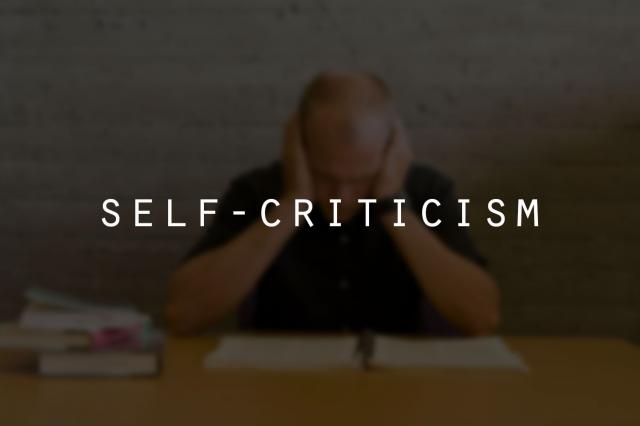 "We all have an inner critic," says Jaime W. Vinick, M.C., LPC, NCC, chief clinical officer at Sierra Tucson psychiatric facility. "For people who are depressed, this critical inner voice can have a powerful and destructive influence on their state of mind." Excessive self-criticism can be a powerful indicator of depression. In a 2009 Comprehensive Psychiatry study of 107 adults, those who were most self-critical were also more likely to be depressed four years later. Pay attention to how often you or anyone else uses the word "should," says Moe Gelbart, Ph.D., a psychologist at Torrance Memorial Medical Center in California. Frequently referencing your behavior by saying you "should" have done something is a common sign of self-judgment. Learn how to combat that self-criticism with positive self-talk.

Listen now: 'Simpsons' Writer Runs a Marathon and Lives to Joke About It 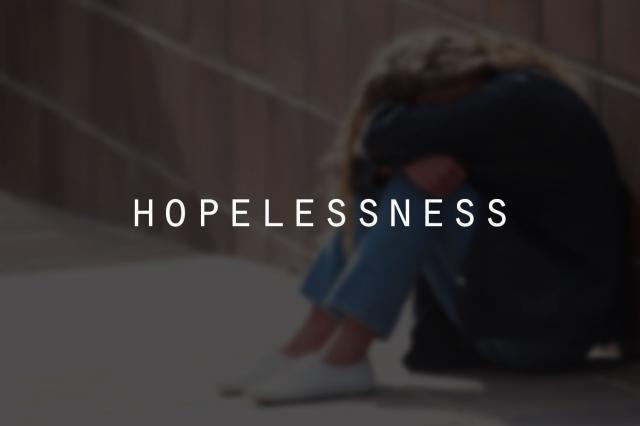 "One of the worst symptoms of depression is a feeling of hopelessness," Vinick says. Feelings of hopelessness can discourage people from seeking treatment for their depression. Those suffering from extreme hopelessness may not believe they will or can ever feel better, which explains why some attempt suicide. What's more, some experts believe hopelessness can contribute to the development of depression, according to clinical psychologist Nick Forand, Ph.D., clinical assistant professor of psychiatry at Ohio State University. For many people with depression, feelings of hopelessness are cultivated over time through a history of failures, Forand says. These failures may be either real or imagined, and self-criticism can play a large role in the latter.

Read more: Signs of a Relapse in Depression 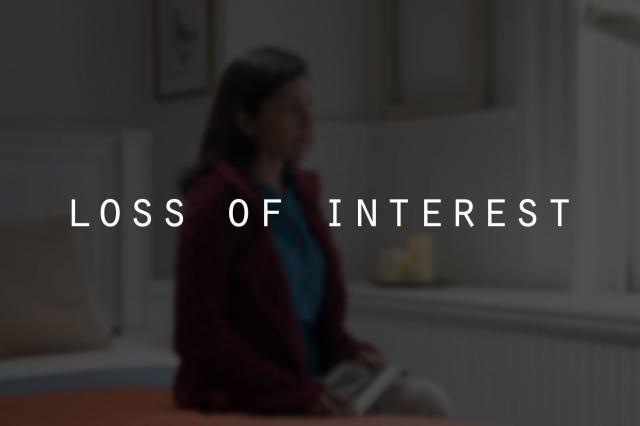 Losing interest in three-hour meetings is one thing, but with depression, people can lose interest in things they typically enjoy, such as movies, sports and time spent with friends. This phenomenon is called anhedonia, according to Gelbart. Unfortunately, a loss of interest can exacerbate feelings of isolation, leading to further depression, Gelbart says. This loss of interest may be due to changes in the brain's levels of reward-regulating hormones and neurotransmitters, according to London. It's a self-destructive cycle that can be difficult for people suffering with depression to break.

Read more: 9 Signs You Should Reconsider a Friendship 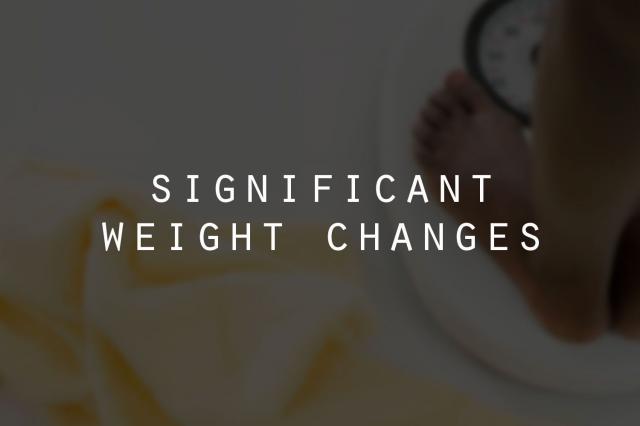 Depression can do a number on a scale. When depressed, many people lose interest in eating because they no longer enjoy food. On the other hand, they may emotionally eat in a conscious or unconscious attempt to improve their mood. In fact, according to a 2003 study in the American Journal of Clinical Nutrition, eating foods rich in carbohydrates can temporarily promote the synthesis of the feel-good chemical serotonin in the brain. Depression-induced inactivity can also contribute to weight gain. If a person experiences a change in body weight of more than five percent in a month, medical attention is necessary, according to London. 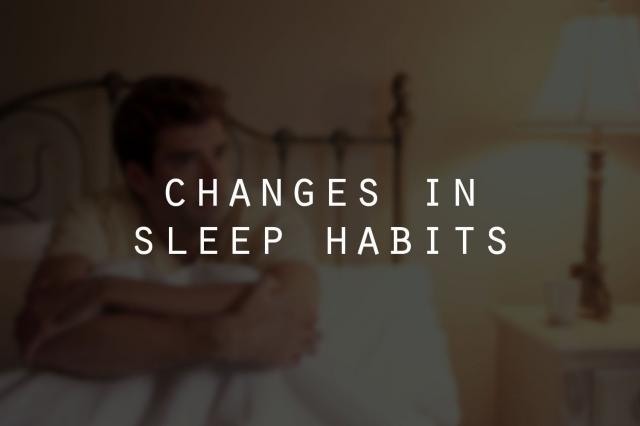 According to one 2008 review published in the Dialogues in Clinical Neuroscience, about three-quarters of the people with depression suffer from insomnia. "Constant fears, anxiety and ruminating will lead to difficulties with staying or falling asleep," explains Gelbart. Many people compensate for poor sleep by hitting the snooze button, taking naps or guzzling coffee, which can make falling asleep at night even more difficult. And, like many symptoms of depression, poor sleep only makes depression worse. Meanwhile, according to the same study, about 40 percent of depressed young adults (most commonly young women) sleep excessively when depressed. Typically, depressed individuals who sleep away their days are using sleep as a means of escaping from their problems, according to Gelbart.

Read more: 10 Ways You May Be Shortening Your Life 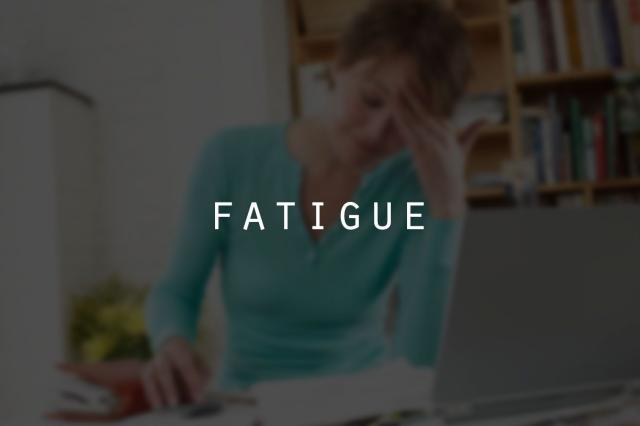 Depression can seriously take it out of you. "Depressed peoples' bodies act as though they are under constant stress, which can lead to inflammation, which in turn can contribute to feelings of fatigue," Forand says. Even if they don't realize they are depressed, most people suffering from depression will complain of feeling tired, sluggish and physically drained, according to London. These same people often experience sleep disturbances, which can exacerbate feelings of fatigue and grogginess. In some cases, this fatigue can manifest itself through slurred speech, poor reaction times and slowed-down walking, gestures and other movements. 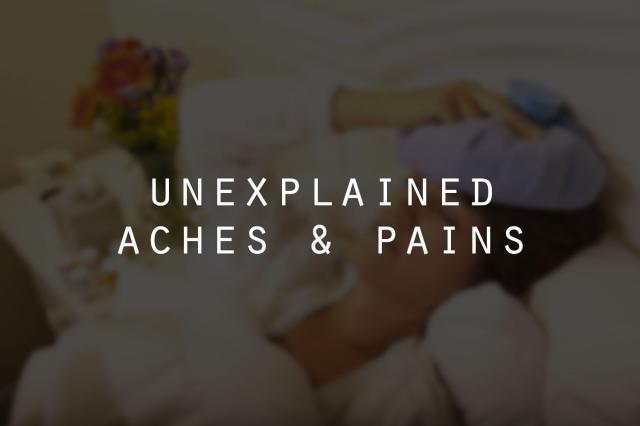 Often, when depressed individuals do seek medical attention, their complaint isn't depression at all. It's aches and pains, such as stomach troubles and joint and back pain, according to Vinick. She explains that the neurotransmitters serotonin and norepinephrine influence not only mood, but also biological and neurological processes that can result in pain. What's more, depression can affect how pain is perceived in the brain. "Pain signals from the body that are normally blunted or diverted can instead be amplified," Forand says. "People who are depressed also tend to have a lot of negative self-focused attention, so they might be more likely to notice pain sensations and concentrate on them, which can make the perception of pain worse," he says. 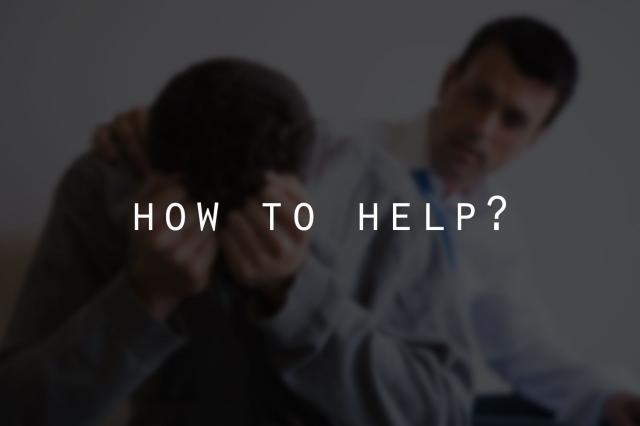 "If someone falls to the ground grabbing his or her chest, you wouldn't walk away assuming it was indigestion," London says. Likewise, you shouldn't dismiss signs of depression, which can be fatal. Cognitive behavioral therapy and medication, either separately or in combination, can help alleviate depression, says London, who notes that while depression can be treated quickly and easily in some people, it may be recurrent and warrant continual treatment in others. If you suspect that you or someone else is suffering from depression, an easy first step toward recovery is to visit a primary care physician.

Read more: Money Doesn't Bring Happiness, But These 12 Traits of Happy People Will!

Print or Pin This Article 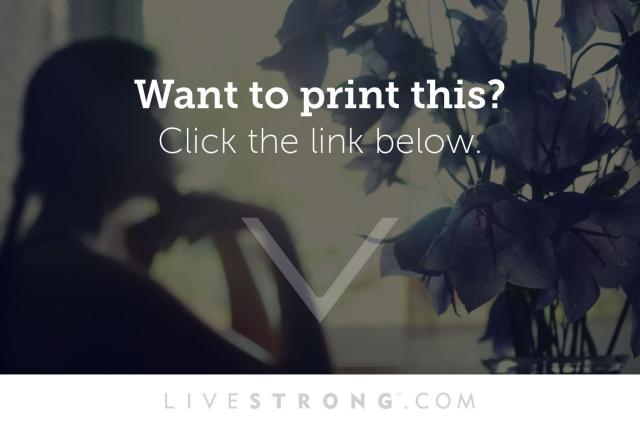 Click the link below for a printable version of the "8 Warning Signs of Depression You Shouldn't Ignore." 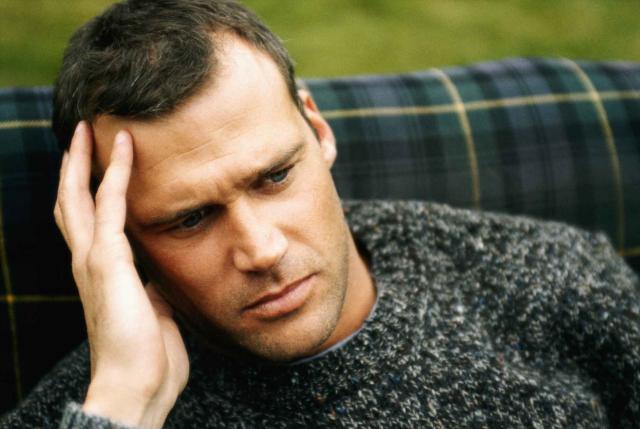 Depression is a serious condition. Have you or someone you know suffered from it? What were some of the warning signs? Did you seek help? What helped you or your friend finally pull through it? Share your thoughts, comments and experiences in the comments section below to let others know that they are not alone.

Read more: 12 Ways to Get Your Mojo Back

An internationally syndicated fitness writer and strength coach, Aleisha holds a master’s degree in new media from the Medill School of Journalism at Northwestern University, where she concentrated in health and science reporting. There, she also completed undergraduate work in magazine journalism and gender studies. As a certified strength and conditioning specialist through the National Strength and Conditioning Association (NSCA), Aleisha uses her background in research, writing, and gender issues to help women empower themselves through smart strength training. She coaches women online and in person at HiFi Fitness and Symmetry in Chicago. Other than SELF, Aleisha contributes to publications including Time, Women’s Health, Runner’s World, Shape, U.S. News & World Report, Stack, Furthermore from Equinox, and Girls Gone Strong. She is the co-author of The Woman’s Guide to Strength Training. She can usually be spotted in workout clothes and/or eating.