Procratination — seems like everyone struggles with it at some point. But if you want to move you to-do items to you "done" list, here are a few tips.

Procrastination could be a time-management issue, but more often than not it's about avoiding certain emotions. You might procrastinate if the task at hand seems boring or pointless, says Elizabeth Lombardo, Ph.D., a psychologist based in Lake Forest, Illinois.

Or it could be you're so afraid of not doing a good job that you feel so paralyzed you can't even get started, says Gilbert E. Franco, an assistant professor of psychology at Beacon College in Leesburg, Florida.

Most procrastinators focus on short-term benefits rather than long-term ones. For instance, they get hung up thinking, "It's going to be hard, I don't know how to do it, it's going to be uncomfortable," as opposed to just getting it done, Lombardo says.

Here's the funny part: "Even though you're procrastinating and you're trying to avoid whatever unpleasant experience you think you're going to have, by avoiding it you still have that [task] hanging on you, so it's still having a negative impact on you even if you're not doing it," Lombardo says.

Procrastination isn't a psychiatric diagnosis, but research shows it can lead to surging stress levels, health issues and poor performance at school and work. "It can impact you emotionally, physically, relationship-wise and, obviously, work-wise," Lombardo says.

The good news is that it's possible to overcome your procrastinator habits. "No one came out of their mother's womb procrastinating, so anything learned can be unlearned," Lombardo says.

Here are nine ways to get you started â€” don't put them off for too long!

1. Forgive Yourself for Past Procrastination

"A lot of people beat themselves up, thinking, 'I'm lazy, I can't do this,'" Lombardo says. But labeling yourself as a procrastinator may make you more likely to procrastinate. So even if you've pushed off projects in the past, give yourself a break and move on.

But how do you go about forgiving yourself? Think of what happened in the past as data, not failure, and ask yourself how you can do better next time. Instead of dwelling on the guilt and shame you feel, you'll free up your mind to focus on solving problems and getting more done.

One 2010 study published in the journal Personality and Individual Differences found students who forgave themselves for procrastinating before their midterm exams were less likely to make the same mistake again. 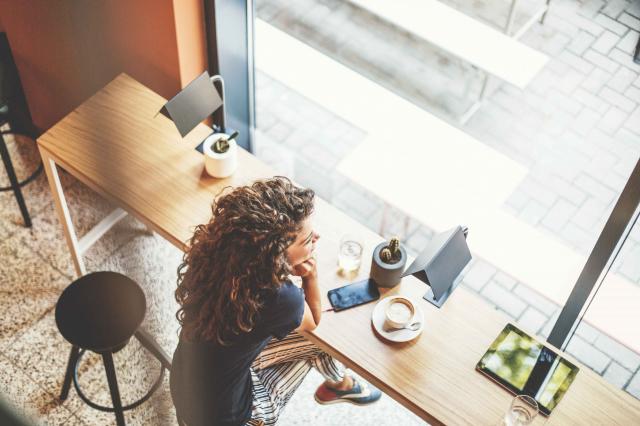 Ask yourself why you might be putting off the task. Is it a fear of failure? Is it a fear of success? Is it a fear that the task is going to be difficult? Lombardo says to figure out the root of the problem, and then take steps to address that aspect, such as by asking for help or gaining a better understanding of why a project matters.

David Allen, a productivity consultant and author of "Getting Things Done," created the two-minute rule, which many former procrastinators swear by.

Here's how it works: If a task will take less than two minutes, do it immediately. Completing simple tasks right away keeps you on a productive path and can also help you avoid feeling bogged down by your to-do list.

Read more: Why "Motivation Is Garbage" and What You Need Instead

Franco says whether you'll be productive or not depends on two things:

Set yourself up for success by focusing on the reasons you're doing the task in the first place rather than replaying all of the potential downsides in your head. At work, for instance, that could mean viewing a complex project as something that can help you build your skill set, Franco says.

Ultimately, you are in control of your destiny. So take charge! A 2011 study published in Psychological Science found that assuming someone else would help you reach your goal makes you less motivated. Viewing yourself as central to the project's success, on the other hand, can keep you chugging along.

6. Break It Into Chunks

Dividing up large tasks that seem overwhelming into smaller, more manageable pieces is a great way to make progress on a task you've been avoiding. "What that does is get you on the road to making progress, and it makes you realize you can accomplish it," Lombardo says. As the saying goes, "How do you eat an elephant? One bite at a time."

7. Put It on Your Calendar

If you find yourself continually putting off a project, set aside time to make it happen. "If you actually schedule it on your calendar and you make it an appointment that is not negotiable, then there's no, 'Oh, I'll get to it when I have time,'" Lombardo says.

Seeing a calendar appointment pop up may hold you to it. However, be strategic when scheduling.. If you're most productive in the morning, for instance, save that time for tasks that require your full attention, and use the afternoon for more mindless and administrative items.

It could be a spouse, a close friend or a counselor: The point is to find someone you can lean on when you're feeling stuck. That person could help you in two ways: they could follow up to make sure you've done what you said you were going to do and lend an ear so you can talk things through. "Decompressing and getting things off your chest can really do a lot to make you feel better and refocus on the task at hand," Franco says.

Finished writing your presentation? Answered all of the emails sitting in your inbox? Knocked out those errands? Reward yourself. "If that carrot is dangling out there, it really helps us stay motivated," Lombardo says.

What the reward is depends on what counts as a treat to you. Maybe it's taking a break to scroll through Instagram or go for a walk outside. Or it could be treating yourself to a manicure or sports tickets. Making sure it's something special and out of the ordinary is key to using a reward system to break the procrastination cycle.

Moira Lawler is a freelance writer based in Chicago. She primarily writes about nutrition, exercise, and healthy living.