All of us experience occasional tiredness and sleepiness. But if you feel tired and sleepy day in and day out, something else may be in play.

All of us experience occasional tiredness and sleepiness. But if you feel tired and sleepy day in and day out, something else may be in play. Things that make you feel sleepy all the time range from the more obvious -- such as not getting enough sleep -- to the more easily missed or overlooked causes, including sleep disorders, medical conditions, anxiety/depression, substance abuse and medication side effects. 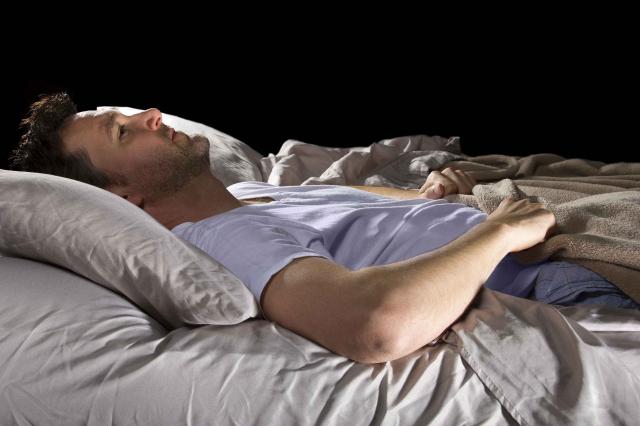 The need for sleep varies for individuals and across one's life span. While recommendations by the National Sleep Foundation state that 7 to 9 hours of sleep may be appropriate for adults, many Americans report routinely not getting enough sleep. According to a study published in the March 2011 issue of "Morbidity and Mortality Weekly Report," 35 percent of U.S. adults said they got less than 7 hours of sleep a night on average. Inadequate sleep duration can lead to daytime sleepiness, as well as long-term health problems.

Another culprit may be fragmented or disrupted sleep. Sleep apnea is a disorder characterized by frequent episodes of apnea -- stopping breathing -- for several seconds throughout the night. When breathing stops, the body compensates by trying to wake up. This causes repeated episodes of awakening to a lighter level of sleep or even completely waking up. Another condition known as periodic limb movement of sleep -- involuntary movement of legs or arms -- can also cause brief periods of wakefulness during sleep. Many people are unaware that they have these issues. A sleep study is necessary for proper diagnosis. Chronic pain and neurological disorders, like narcolepsy and restless leg syndrome, can also disrupt sleep leading to daytime sleepiness. Circadian rhythm and shift work disorders, in which a person's inner clock is disrupted, also interfere with getting a restful sleep.

Medication Side Effects and Substance Abuse

Medications are one of the most common causes of feeling drowsy and chronically tired. The list of possibilities is long, but it includes drugs like antihistamines in allergy medications, sedatives, opioid pain medications, some seizure medications and certain antidepressants and heart medications. Adjusting the dose or finding a different medication may be helpful, but it is important to not stop taking any prescription medication without first consulting a doctor. In addition to prescribed substances, alcohol and drugs of abuse commonly cause ongoing fatigue and daytime sleepiness. Among drugs of abuse, marijuana has significant sedating effects.

Depression, anxiety or bipolar disorder can leave people feeling tired and lacking energy. Sleep problems are commonly caused by depression, but sleep problems may also increase the risk for developing depression, so it's important to figure out which came first. Adequate treatment typically alleviates the symptoms. However, it may take some time before tangible results are noted.

Anemia -- an insufficient number of red blood cells -- can cause feelings of being tired all the time, and so can almost any major chronic illness, including cancer, heart disease and uncontrolled diabetes. Hypothyroidism -- abnormally low activity of the thyroid gland -- is a common cause. Nutrition may be a factor contributing to chronic tiredness for some people. People with neurological diseases, like Parkinson and Alzheimer disease or multiple sclerosis often have excessive daytime sleepiness as well. Autoimmune disorders like rheumatoid arthritis and other illnesses with long-term inflammation may also result in fatigue and lack of energy during the day.

Passionate about health education, Hess is a medical writer with special interest in immunology, arthritis, diabetes and oncology. Hess has written feature articles and educational materials for the Arthritis Foundation, Projects in Knowledge, Cleveland Clinic, and others. She earned her doctorate in chemistry from Vanderbilt University.