The toxic burden from radiation and chemotherapy can compromise or destroy the immune system. If you're undergoing chemotherapy, it's essential you not suffer nutritional deficiencies and to eat foods that bolster your immune system, rather than tax it with more toxic buildup.

The toxic burden from radiation and chemotherapy can compromise or destroy the immune system. If you're undergoing chemotherapy, it's essential you not suffer nutritional deficiencies and to eat foods that bolster your immune system, rather than tax it with more toxic buildup. Certain foods help improve the body's reaction to chemotherapy, such as vegetables and fruits that contain apigenin. Discuss the foods you should eat with your doctor or oncologist. 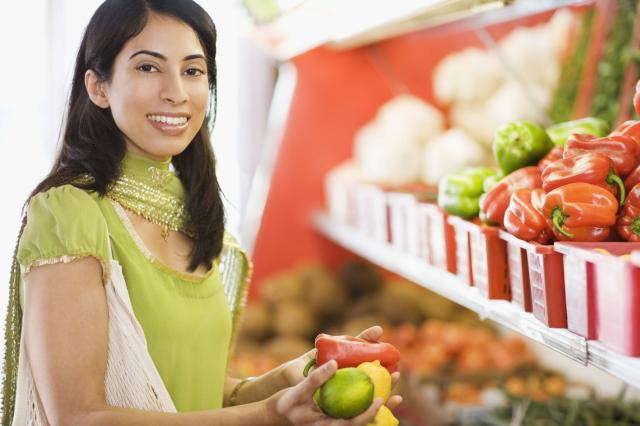 A 2008 study by biochemists at the University of California at Riverside revealed that a natural dietary agent found in fruits and vegetables, called apigenin, improved the ability of cancer cells to succumb to chemotherapy, reports ScienceDaily.

The research by Xuan Liu and Xin Cai showed apigenin in fruits and vegetables naturally and safely conquers tumor resistance to chemotherapy by localizing a tumor suppressor that is a protein in the cell nucleus, a necessary step to killing the cancerous cell.

Apigenin is mainly found in cherries, grapes and apples. Other good sources of apigenin are nuts, parsley, celery, basil, artichoke and beverages made from plants, such as tea and wine.

Besides urging five or more servings of fruits and vegetables each day, guidelines from the American Cancer Society for those in cancer treatment include choosing whole-grain carbohydrates rather than refined, processed grains.

Good whole-grain choices are brown rice, millet, wild rice, oats, barley, buckwheat and quinoa. Breads and pastas from whole grains are valuable sources of minerals, vitamins and fiber that support the health of the immune system, cleansing the toxins from the colon and aiding in the prevention of intestinal infections.

Other sources of protein are dairy products, including cheese, yogurt, cottage cheese, milk, ice cream, buttermilk, sour cream, pudding and custard. Include one cup of yogurt or low-fat milk and at least 3 oz. of poultry or fish with each meal.

Fluid intake should equal 64 oz. or eight full glasses of non-caffeinated liquids each day. To avoid taxing the immune system, liquids should be at room temperature and can include sherbet, gelatin, ice pops and creamed soups. Keep fluids with you to sip throughout the day.

If you are not eating well, you can get your calories from fruit juices, smoothies and milk. If you are nauseous, drinking liquids through a straw can help or, according to the University of Texas MD Anderson Cancer Center, making ice cubes from these beverages.

Francine Juhasz has a doctorate in clinical psychology and is a Qi Gong and yoga teacher, health and nutrition freelance journalist and featured self-help and life-skills speaker. For more than 30 years she has conducted programs, workshops, seminars and private counseling sessions in emotional, mental, marital and sexual health and fitness in universities, elder-care communities and community centers in both the U.S. and Europe.