Several autoimmune diseases can attack the nervous system, including multiple sclerosis, myasthenia gravis and Guillain-Barrť syndrome, among others.

Autoimmune disorders occur when the immune system mistakenly attacks the body's own tissues as if they were harmful invaders, such as bacteria or cancer cells. This leads to inflammation, destruction of healthy tissue and changes in organ function. 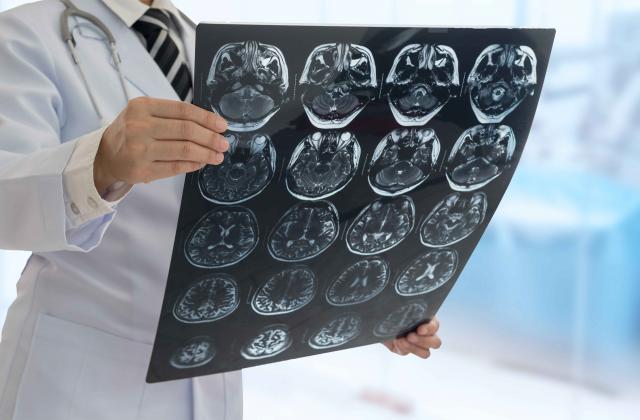 Multiple sclerosis (MS) is a chronic autoimmune disorder of the CNS. With MS, the immune system attacks the outer protective covering of nerves called the myelin sheath. This process, known as demyelination, results in damaged nerves that cannot transmit messages normally. Demyelination can happen in various parts of the CNS that control different body functions, leading to varied symptoms. Examples include:

With myasthenia gravis, the immune system attacks receptors that enable nerves to communicate with voluntary (skeletal) muscles. This chronic disease results in episodes of muscle weakness that worsen with activity and improve with rest. Possible symptoms include:

With Guillain-Barr√© syndrome, the immune system attacks the peripheral nerves, causing inflammation and temporary malfunction. Symptoms come on and tend to progress quickly, often days to weeks after an infection. Typical symptoms include weakness that begins in the legs and gradually spreads upward in the body, with both sides of equally affected.

In severe cases, temporary paralysis might occur. If this paralysis affects the muscles of breathing, short-term mechanical ventilation is needed. Recovery can take weeks to months and some people experience long-term weakness.

Chronic inflammatory demyelinating polyneuropathy (CIDP) is an uncommon, chronic autoimmune disorder that attacks the peripheral nerves. The condition often involves damage to the nerve cells themselves as well as demyelination.

Symptoms typically develop gradually over several weeks to a few months and usually involve abnormalities in sensation, such as numbness and tingling, as well as muscle weakness and possibly paralysis. In some people, these symptoms come and go.

Next Steps and Precautions

Maja Fiket has been writing about medicine and science since 2002, first as graduate student and then as a medical and science freelance writer. She has written for the news website of the University of Chicago Medical Center. Fiket received her Ph.D. in molecular biology in Berlin, Germany/