If an abnormal heartbeat has begun to interfere with your daily activities, your doctor may recommend a pacemaker. Pacemakers are generally inserted in people with very slow heart rates or with a condition known as heart block.

If an abnormal heartbeat has begun to interfere with your daily activities, your doctor may recommend a pacemaker. Pacemakers are generally inserted in people with very slow heart rates or with a condition known as heart block. Heart block occurs when the electrical activity in the top part of the heart fails to travel to the lower chambers of the heart. Children and adults of any age may need a pacemaker, but most people undergoing pacemaker placement are elderly. According to the American Heart Association, nearly 80 percent of people who receive a defibrillator or pacemaker each year are over the age of 65. While pacemaker implantation doesn't usually require open heart surgery, elderly people are often at particular risk for bleeding and infection because of underlying medical conditions. 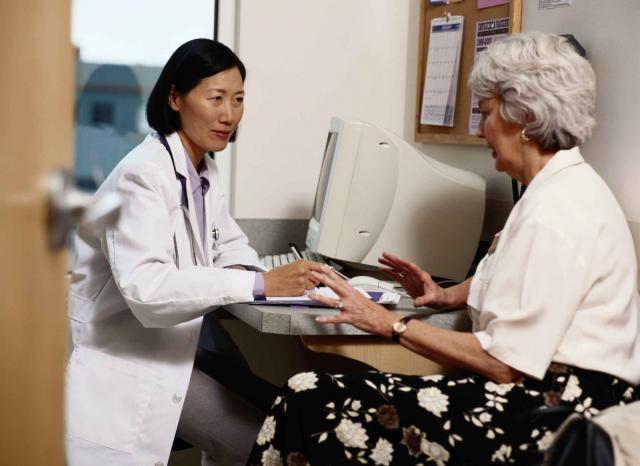 Pacemaker wires are typically inserted through a vein. The wires are connected to the pacemaker battery, which is implanted through a small incision in the skin. Any time doctors perform an invasive procedure, there is a risk of bleeding, but elderly people may be at increased risk if they're taking blood thinners for other conditions. Depending on the type of blood thinner you're taking, your doctor may ask you to stop taking it before the procedure. A risk of bleeding persists in the first few weeks after the procedure as well. Your doctor will typically advise you to avoid heavy lifting and excess motion of the arm on the side where the pacemaker was placed to help minimize bleeding and keep the device in place as you heal.

Before you undergo pacemaker placement, the doctor will give you antibiotics by vein to reduce the risk of infection. Even so, older people are at higher risk for infection after a pacemaker, because they are more likely to have conditions that make them vulnerable to infections, such as diabetes and kidney disease. Many elderly people do not develop a fever with an infection, which can sometimes make diagnosis tricky. If you notice any redness, swelling or tenderness around the pacemaker site, these may be due to an infection, so let your doctor know right away.

Because the heart is nestled between both lungs, procedures involving the heart can sometimes lead to a lung puncture, or pneumothorax. A pneumothorax causes air to be trapped between the lung tissue and the outer lining of the lung. When a pneumothorax occurs because of a procedure, it often doesn't cause obvious symptoms. Elderly people who have underlying lung disorders such as emphysema, however, may be more apt to experience trouble breathing. If symptoms persist, doctors can place a chest tube to release the trapped air and improve breathing.

Even though pacemakers are designed to regulate your heart rate, they can sometimes lead to abnormal heart rhythms. A very fast heart rate, called pacemaker-mediated tachycardia, can cause palpitations and dizziness. Likewise, a condition known as pacemaker syndrome can cause the top and bottom chambers of the heart to beat out of sync. Anyone can experience abnormal heart rhythms after pacemaker placement, but diagnosis may be delayed in the elderly when subtle symptoms are attributed to older age. If you notice weakness, palpitations or even fatigue, let your doctor know so your pacemaker can be reprogrammed if necessary.

Niya Jones is a physician and medical writer. She is board-certified in internal medicine and has a special interest in cardiology, particularly as it relates to health care disparities and women's health. She received her medical degree and Masters of public health from Yale University.