Pacemaker warning signs can alert a pacemaker patient to the potential complications or failure of his cardiac device. Pacemakers are small electronic mechanisms that surgeons implant into the upper chest of some cardiac patients.

Pacemaker warning signs can alert a pacemaker patient to the potential complications or failure of his cardiac device. Pacemakers are small electronic mechanisms that surgeons implant into the upper chest of some cardiac patients. The devices can monitor a person's cardiac function and, if necessary, generate an electrical signal that can stabilize an arrhythmia, or abnormal heart rhythm. Pacemaker warning signs can be symptomatic of hardware or software failure or they can signal normal device maintenance. 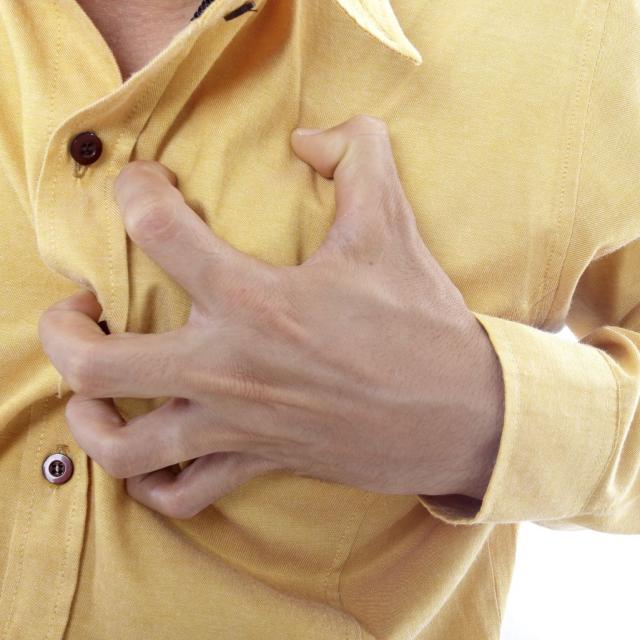 Shortness of breath, cough and chest pain are signs of pneumothorax, or a collapsed lung. This is the type of complication that is normally discovered during pacemaker implantation surgery, but it is possible for a screw from a J-shaped pacemaker to loosen and perforate the right atrial wall. In the March 2005 issue of "Pacing and Clinical Electrophysiology," Dr. Mohammed Khan reported that although rare, delayed lead perforation has occurred in patients up to 10 months post-surgery. A pacemaker lead is one of the electric wires leading from the pacemaker to the heart.

Rarely, in just .1 percent of cases, a pacemaker can migrate from the placement area to other parts of the body. Stomach pain is one of the symptoms of device migration. Other symptoms include chest pain, shortness of breath, dizziness and fatigue. These symptoms are caused by pericardial effusion, or excess fluid around the heart. Device migration was more common with earlier, heavier pacemaker devices. Newer devices are much lighter and rarely migrate.

Sydney Hornby specializes in metabolic disease and reproductive endocrinology. He is a graduate of Claremont McKenna College and Drexel University College of Medicine in Philadelphia, where he earned his M.D., and has worked for several years in academic medical research. Writing for publication since 1995, Hornby has had articles featured in "Medical Care," "Preventive Medicine" and "Medical Decision Making."