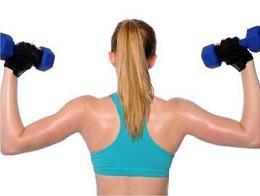 A new study published in the International Journal of Epidemiology (International Journal of Epidemiology) on March 24th by researchers at Queen's University in Ontario, Canada, found that similar running is the case when the total calorie consumption per unit of body weight is the same. Short-term, high-intensity exercise such as skipping is more beneficial to health than long-term gentle exercise such as walking, leisurely riding, and the risk of metabolic syndrome can be reduced by 2/3. Metabolic syndrome can lead to fat accumulation in the waist, uncontrolled blood sugar and high blood pressure, and can increase the risk of heart disease, diabetes and stroke. Institutions such as the US Department of Health and Human Services recommend at least 150 minutes of gentle exercise or 75 minutes of intense exercise per week.

The data from the study were based on a National Health and Nutrition Survey conducted by the Centers for Disease Control and Prevention. 1,841 adults participated in the survey. They carried accelerated notes in 7 days and received data on their activity and intensity of exercise, 1/ 3 people have metabolic syndrome. The data show that the more active the person is, the lower the risk of developing metabolic syndrome, especially for those who exercise at high intensity. People who exercised for 150 minutes of mild exercise were 2.4 times more likely to develop metabolic syndrome than those who took 75 minutes of intense exercise. Researchers have considered other factors that may have an impact, such as gender, race, whether smoking or drinking.

It must be noted that the study only shows relevance, not causality. But researchers believe that the benefits of short-term, high-intensity exercise should still be emphasized in public health guidelines for exercise, and such guidelines now ignore the health benefits of this exercise. Most people also reject high-intensity exercise. In the survey, 70% of people never do intense exercise, even if some people who follow the current guidelines do not meet the required exercise intensity. Since the experimental instruments could not be worn in water, the survey did not count the values â€‹â€‹of swimming and other movements. In addition, movements with less movement but greater intensity, such as stationary bicycles such as riding bicycles, were not counted.