"Having a sister is like having a best friend you can't get rid of," says Amy Li, in "Chicken Soup for the Sister's Soul," which sums up the complex sister relationship perfectly.

"Having a sister is like having a best friend you can't get rid of," says Amy Li, in "Chicken Soup for the Sister's Soul," which sums up the complex sister relationship perfectly. The co-existence of the strong connection you have with your sister, and feelings of conflict and jealousy toward her, prove that you really can love and loathe someone simultaneously. 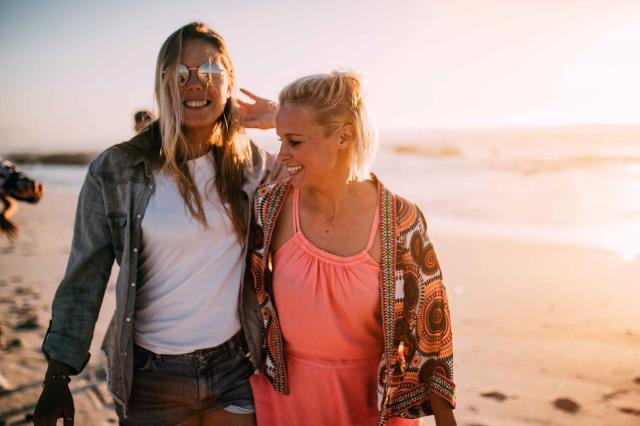 The Causes of Sister Rivalry

Sisters may threaten one another's place in the family, and in the world at large. Conflict and jealousy between sisters may begin early. A young girl may experience feelings of jealousy watching her mother and sister embrace. Professional opinion is divided on the cause of sister rivalry. Assistant professor of psychiatry and sociology Deborah Gold believes that conflict between sisters is due to the actions (or inactions) of the parents, says author Jane Mersky Leder in her article, "Adult Sibling Rivalry," for Psychology Today. However, others disagree, such as professor of human development Judy Dunn, who suggests that conflict and jealousy between sisters may simply be caused by personality differences, says Leder.

The Effects of Sister Rivalry

Issues between sisters may continue throughout adulthood if they are not addressed. In some cases, old rivalries may be reignited later in life by significant life events, such as getting married, having children, looking after elderly parents or coping with the death of a parent. Even the most successful woman may feel jealous of her sister's achievements, psychologist Terri Upter tells Tessa Cunningham in her MailOnline article "So Why DO Sisters Hate Each Other?" It's perfectly possible to have positive feelings toward your sister, with an undercurrent of envy and insecurity, reveals Upter, who interviewed 76 sets of sisters for her book "The Sister Knot." The relationship between sisters may be the best example of a love-hate relationship.

Despite being painful, conflict and jealousy between sisters may serve a healthy purpose. By competing with your sister, and learning to survive those battles, you learn who you are, and what you will and won't put up with, explains Apter. Sisters who are able to recognize and address conflict and jealousy in their relationship may be able to develop a greater bond. Generally, women are better at expressing their emotions and sharing their needs than men, writes Mersky Leder. While brothers may attempt to reconcile with actions, sisters tend to use words, which can lead to longer periods of harmony and a deeper mutual understanding.

The best way to handle sister rivalry is to face it head-on. According to Elizabeth Bernstein's article "Sibling Rivalry Grows Up," for The Wall Street Journal, psychologist Jeanne Safer recommends thinking about your sister outside her relationship with you. Focus on her good qualities, and recall the happy times you have shared. Write them down, if it helps. Look at yourself through your sister's eyes, and be prepared to see a less than flattering picture of yourself. You will be able to relate to your sister better if you can identify with how she has been affected by your relationship issues, Safer tells Bernstein. Don't expect your relationship with your sister to improve overnight, or to never experience conflict again. However, by treating one another with love and respect, you can build a happier, healthier relationship.