Magnesium is an essential mineral required for more than 300 biochemical reactions in the body, according to the Office of Dietary Supplements (ODS). Magnesium plays an important role in the maintenance of muscle, nerve function and heart rhythm, and helps support the immune system.

Magnesium is an essential mineral required for more than 300 biochemical reactions in the body, according to the Office of Dietary Supplements (ODS). Magnesium plays an important role in the maintenance of muscle, nerve function and heart rhythm, and helps support the immune system. The recommended daily allowance, or RDA, of magnesium is 410 mg for teens aged 14 to 18, 310 to 400 mg for adults 19 to 30 and 320 to 420 mg for adults over the age of 30. 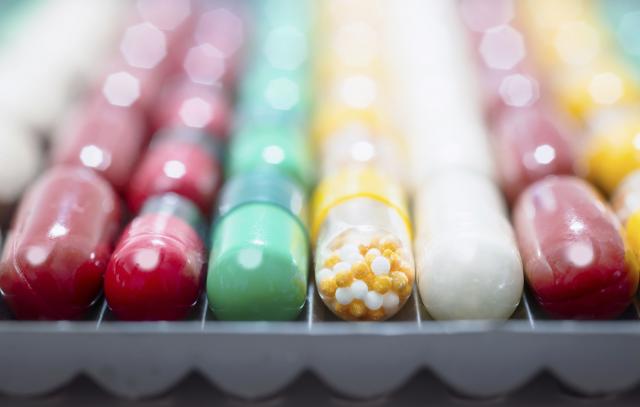 The Linus Pauling Institute reports that, because magnesium is abundant in plant and animal foods, people who eat a balanced diet should not experience a magnesium deficiency. However, if you suffer from gastrointestinal or kidney disorders or alcoholism, you're at a higher risk of becoming deficient, which can cause weakness in the early stages and cramps, seizures and behavior changes in the later stages. If you're not getting the RDA of magnesium in foods like cooked halibut, nuts, spinach or peanut butter, take a magnesium supplement.

In 2010, the journal "Neuron" published a study by MIT researchers indicating that magnesium supplements help improve memory and learning in lab animals, both young and old. ScienceDaily reports that this study provides valid reason to believe that he mineral can improve cognitive ability. Further, the study supports theories that a magnesium deficiency can lead to memory deterioration in aging people.

A 2005 study published by the "Journal of the American Geriatrics Society" found that people who ate foods rich in magnesium or took supplements with magnesium had significantly higher bone density compared to individuals with low magnesium intake. The study looked at volunteers of varying races and ethnicities, and bone density in African-American men and women was not influenced by magnesium intake.

Because magnesium plays an important role in metabolizing carbohydrates, the ODS reports that the mineral may influence insulin activity and diabetes. People with type 2 diabetes typically have low levels of magnesium. A 1992 study published in the "American Journal of Nutrition" suggests that magnesium supplements may improve insulin activity and could lower the risk for developing type 2 diabetes in men and women.

Shannon Marks started her journalism career in 1994. She was a reporter at the "Beachcomber" in Rehoboth Beach, Del., and contributed to "Philadelphia Weekly." Marks also served as a research editor, reporter and contributing writer at lifestyle, travel and entertainment magazines in New York City. She holds a Bachelor of Arts in literature from Temple University.