Refined foods are processed foods that lack many of the nutrients they once had. They generally add a lot of calories to your diet, when compared to the amount of nutrients they contribute. The refining process refers specifically to carbohydrates such as grains and sugars.

Refined foods are processed foods that lack many of the nutrients they once had. They generally add a lot of calories to your diet, when compared to the amount of nutrients they contribute. The refining process refers specifically to carbohydrates such as grains and sugars. Many grains are refined to make them taste better, to create a finer texture, and to improve the shelf life of the product. 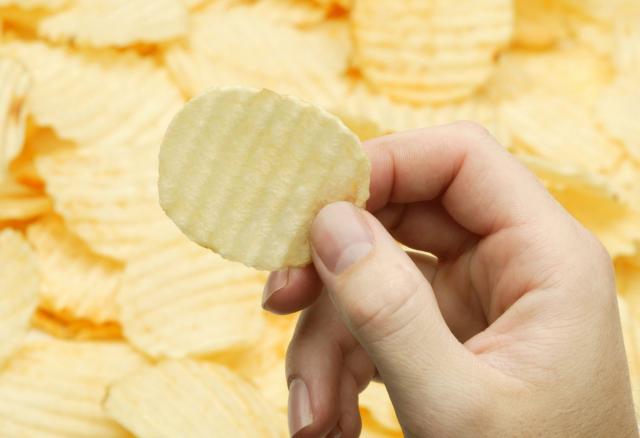 Loss of Nutrients and Fiber

According to the Dietary Guidelines for Americans 2010, the refining process removes many of the most important parts of grain, including vitamins, minerals and dietary fiber. While most refined grains are enriched with iron and B vitamins that are lost during the refining process, fiber is not added back, which means a diet high in refined grains can leave you deficient in fiber. Whole grains contain the entire grain kernel, which includes the bran, the germ and the endosperm. Refined grains, by comparison, contain only the grain's endosperm, which has most of the grain's carbohydrates and protein, but only a small portion of its vitamins and minerals.

Whole grains include oatmeal, brown rice, millet, quinoa, whole-grain barley, rolled oats, whole-wheat pasta, whole-wheat bread and wild rice. Foods that contain refined grains include corn bread, white rice, white bread, grits, flour and corn tortillas, couscous, crackers, pretzels, noodles, spaghetti, corn flakes and macaroni. One of the problems with refined carbs is that they have a very high glycemic index. The glycemic index, or GI, is a measure of how quickly a carbohydrate causes blood sugar to spike. For example, brown rice has a low GI of 50, while white rice has a very high GI of 87.

Many foods also contain refined sugars. These include candy, regular soda, syrups, table sugar, cakes, cookies, pies, sweet rolls, pastries, fruit drinks and dairy desserts. Because so many convenient foods include added sugar, any packaged or restaurant food that contains sugar could be considered a refined food. A study published in 2013 in the "American Journal of Preventive Medicine" found that sugar-sweetened beverages are the primary cause of higher caloric intakes, and their consumption is associated with a higher intake of a number of other refined foods, including pizza and grain-based desserts.

If you plan to avoid refined foods altogether, the easiest way is to purchase whole foods, such as fruits, vegetables, whole grains and animal proteins. You can also order foods made with whole grains in restaurants. Grains should be part of a healthy diet, as long as you select whole grains, such as whole-wheat bread. In addition, you should check the ingredient lists of packaged foods for refined carbohydrates, such as high-fructose corn syrup, corn syrup, maltose, sucrose, dextrose and nectar, all of which are names of refined sugar.