The cayenne pepper and lemon cleanse, also called the master cleanse and the lemonade diet, is a short-term detox diet similar to a juice fast. The diet claims to loosen and eliminate congestion, which is thought to detoxify your body.

The cayenne pepper and lemon cleanse, also called the master cleanse and the lemonade diet, is a short-term detox diet similar to a juice fast. The diet claims to loosen and eliminate congestion, which is thought to detoxify your body. In 2008, Harvard Medical School noted that there are no studies in the medical literature on this particular diet. 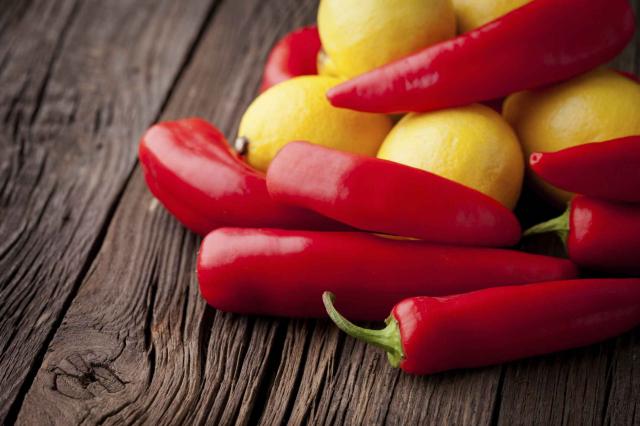 Originated by Stanley Burroughs in 1940 as a cure for stomach ulcers, the cayenne pepper and lemon cleanse was explained in his book "The Master Cleanser," first published in 1976. Renewed interest in the lemonade cleanse came with Peter Glickman's book "Lose Weight, Have More Energy, and Be Happier in 10 Days," first published in 2004. Recording artist Beyonce Knowles popularized the diet in 2007 while preparing for her role in the film "Dreamgirls." In 2010, alternative medicine websites promote the detoxifying cleanse and host discussion groups.

According to "The Master Cleanser," diet, alcohol, drugs, and stress introduce toxins to your body which, over time, build up, prevent proper nutrient absorption, and are poisonous. Burroughs asserts that the result is a lack of energy and focus, or the onset of disease. The cayenne pepper and lemon cleanse claims to stop addictive cravings, encourage weight loss, and purify your kidneys, colon, skin, nerves, muscles, glands and all the cells of your body.

Prepare the lemonade by combining 2 tbsp. of organic lemon or lime juice, 2 tbsp. of grade B maple syrup, 1/10 tsp. of organic cayenne pepper, and 8 oz. of purified water. For a 10-day period, drink six to 12 glasses of the lemonade daily as your only food source. To assist elimination, drink a laxative tea first thing in the morning and before you go to bed. For increased colon cleansing, drink a salt water flush, made by combining 1 qt. of warm purified water with 2 tsp.of non-iodized sea salt, first thing in the morning on an empty stomach.

In "Lose Weight, Have More Energy, and Be Happier in 10 Days," Glickman reports "Five classes of detox symptoms: tiredness, irritability, boredom, aches and pains, and hot bowel movements." Glickman maintains that the detox symptoms are usually short-lived and are part of the healing process. To decrease the side effects of the cayenne pepper and lemon cleanse, drink plenty of water, undertake moderate physical activity and drink the lemonade through a straw.

Check with your physician before beginning the diet, especially if you take long-term medication. Harvard Medical School reports that the medical risks of the cayenne pepper and lemon cleanse include a lack of essential nutrients, dehydration, depletion of electrolytes, impaired bowl function and metabolic acidosis. On the Mayo Clinic website, Gastroenterologist Michael Picco, M.D. says that most doctors don't recommend colon cleanses because "the digestive system and bowel naturally eliminate waste material and bacteria."