You have a cold. You feel miserable. Tempted to reach for junky comfort foods? Think twice. Many of them will do more harm than good in your fight to get well. That’s because it’s doubly important to steer clear of foods that dehydrate, provoke inflammation or disrupt sleep when you have a cold. You have a cold. You feel miserable. Tempted to reach for junky comfort foods? Think twice. Many of them will do more harm than good in your fight to get well. That's because it's doubly important to steer clear of foods that dehydrate, provoke inflammation or disrupt sleep when you have a cold. Spoiler alert: The foods on this list are considered generally bad for health, but here's why they're especially harmful when you have a cold. Most sports drinks contain added sugar, which serves as energy for athletes. But during a cold, that sugar also causes inflammation at a time when the immune system is already preoccupied. It's throwing gas on the fire and diverting resources that should be dedicated to helping your body heal. Get your hydration through water, fruit, vegetables and soup instead.

Read More: 21 Foods That Sound Healthy, But Are Not Eating pepperoni can both directly and indirectly provoke inflammation and disrupt the immune system. The saturated fat in pepperoni is a direct trigger, but its fats also change the cell membranes of immune-system cells, compromising their ability to work at an optimal level.

Listen Now: How This Celebrity Chef Saved Himself By Eating Right There are long-term reasons to limit regularly consuming bacon. Namely, the World Health Organization has classified processed meats â€” including bacon â€” as carcinogens. However, a short-term reason to cut back on bacon when you have a cold is the sodium overload. When you're under the weather, you should be focused on hydrating. Salty foods undermine that goal.

Read More: 7 Foods That Are Ruining Your Smile White bread is something of a standard-bearer when it comes to blood sugar spikes. They are so connected, in fact, that the rise in blood sugar (aka glycemic impact) caused by other foods is measured against it on a scale of 0 to 100 â€” with white bread being 100. So why is this bad during a cold (or anytime you're striving to eat right)? The blood sugar bump raises levels of inflammation by increasing inflammatory markers called cytokines. Opt for whole-grain bread instead. The combination of solid fat and simple sugars in ice cream isn't worth the cool, soothing feeling on your throat that is so nice when you have a cold. This inflammatory combination dumps more work on your already-burdened immune system. Instead, try a low-fat plain yogurt topped with fresh fruit to satisfy your sweet tooth. Emerging science done on animals and cell cultures have found that gluten, which is in the majority of beers, stimulates inflammation through a protein called TLR4, which sets off an immune response. Though human clinical trials still need to be carried out, the inflammatory effects of alcohol alone are enough reason to avoid beer when you're home with a cold. In one study, the inflammatory marker CRP went up as alcohol consumption went up. Though it offers protein and zinc, a fatty steak is a tough sell when your appetite may already be low. Go ahead and follow that instinct, as there is some evidence that red meat in general increases inflammation and suppresses the immune system. Instead, opt for seafood or the traditional chicken soup to get your protein and zinc fix. You already know the added sugar in sodas is not good for you, but here's another reason to ditch that soda habit â€” particularly when you have a cold. Caffeinated soda late in the day can make it difficult to sleep. Your body craves sleep when you're sick because fighting an infection causes fatigue. According to the Division of Sleep Medicine at Harvard Medical School, animal research found that getting more deep sleep improved chances of surviving a microbial infection. Try switching to warm herbal tea in the evenings while you're on the mend. You may have heard that dairy foods like milk and cheese can increase mucus, but most research suggests this isn't true for the majority of people. However, a small study suggests that a subset of people may be affected. The lesson here is to listen to your body. If dairy makes your congestion worse, take a break from it while you're healing. French fries trigger the body to produce advanced glycation end products (AGE), which results in oxidative stress and inflammation. The body creates and removes some AGEs on its own as part of the normal aging process, but an overload of AGEs coming from foods means more of them remain circulating in the body. This creates additional stress on the body, which certainly isn't helpful during a cold. To still enjoy the comfort of potatoes, try baked russet or sweet potatoes. While a piece of candy seems like a decent stand-in for a cough drop, you're better off with a cup of steaming tea to soothe the throat and moisten the nasal airways. Candy will just stimulate inflammation and weaken the immune system. A study in the American Journal of Clinical Nutrition found that sugar dampens the effectiveness of white blood cells by reducing their ability to destroy bacterial cells. While a virus causes a cold, a cold can make the body more susceptible to bacterial infections. Chips and other processed snacks and fried foods are off limits when you've come down with a cold. These fatty foods lead to a lethargic immune system. Plus, they can be hard to digest â€” an extra challenge your body doesn't need when it's fighting a cold. For a smarter snack, choose something with protective polyphenols, such as dark chocolate, blueberries, grapes, almonds, walnuts, broccoli or carrots. 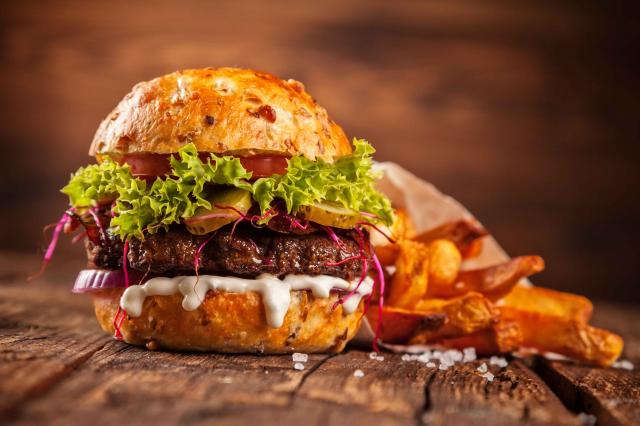 The saturated fat in a burger is an immunity saboteur. A preliminary animal study from the University of Gothenburg found that white blood cells were less effective at fighting off infection when their diets were high in animal-based saturated fat like that found in burgers. Crackers may still be in the cards if you have an upset stomach, but they are generally devoid of fiber or much nutrition. This is because most store-bought crackers are made with refined grains. It's a good idea to avoid refined white flour products because of the blood sugar spikes, increased inflammation and very little nutrition they have to offer. If you're looking to settle your stomach, keep a sharp eye out for 100-percent whole-grain crackers with less than 10 percent of the daily value for sodium instead. The essence of fried chicken is its addictively crispy skin, but that's where most of the solid saturated fat lies. According to a 2014 review paper from the National Institutes of Health, excessive saturated fat can confuse the first line of defense in the immune system, called Toll-like receptors (TLR). This confusion can lead to inflammation, which depresses the immune system even more, making it harder to fight off infection. Bourbon, or any kind of nightcap, is an all-too-temporary fix. While a little bit of booze does make you drowsy and more likely to slumber, that sleep will be short lived. Research shows cutting short the standard eight-hour session of sleep by even a couple of hours makes you more likely to end up coughing and sneezing. And, of course, you need your rest when you have a cold. While you sleep, the body releases cytokines to fight infection. The kind of fat found in hotdogs and sausages amplifies inflammation by turning up an immune response from the prostaglandin system. When the system is used to attack an infection it's a good thing. But when it's triggered by fatty foods, it adds undue strain on the body, making it harder to get well. Biscuits are simple things, most commonly made with little else than heaping helpings of refined white flour and butter. In small doses, especially when made with some whole-grain pastry flour, this down-home delicacy might not be off the menu. But it's different when you're fighting to get back to health. Highly refined flour and too much saturated fat both increase the inflammation load on your body, which is the last thing you need when you're sick. According to the National Cancer Institute, Americans love getting their saturated fat from pizza â€” it's one of the top sources. Pizza combines so many of the hallmarks of the standard American diet: refined grains, processed meat, saturated fat and hidden salt. It's an indulgent meal that causes a lot of oxidative stress on a body that's attempting to heal. Skip the slice when you're not feeling well. For something warm and savory, opt for a broth or butternut squash soup. What kind of foods do you typically eat when you're sick? Do you generally try to avoid the foods listed here? Share your thoughts in the comments section below. Maggie Moon, MS, RD is the best-selling author of The MIND Diet (2016), the owner of MINDDietMeals.com, and a writer for Livestrong.com. Her nutrition work has taken her across the country and around the world: from NYC public schools to U.S. commodity boards, from supermarkets to multibillion-dollar global companies. Ms. Moon’s unique career has been profiled in the Academy of Nutrition and Dietetics’ book, Launching Your Dietetics Career (Eat Right Press, 2011, 2016). She completed her clinical training at New York Presbyterian Hospital of Columbia and Cornell, and holds a master of science degree in Nutrition and Education from Columbia University’s Teachers College, with a bachelor of arts degree in English Literature from U.C. Berkeley. Her culinary school training is from The New School of Cooking in Los Angeles, CA. She lives in LA with her husband and a giant shelf of cookbooks. Learn more about her at www.maggiemoon.com, www.minddietmeals.com, and connect with her @minddietmeals on Instagram.