Sorry to break it to you, but you're not gonna win the war against aging by just drinking a shot glass of some magical elixir from South East Asia. Accelerated aging — and aging in general — is a complex process, you can fight it with these five simple daily habits. 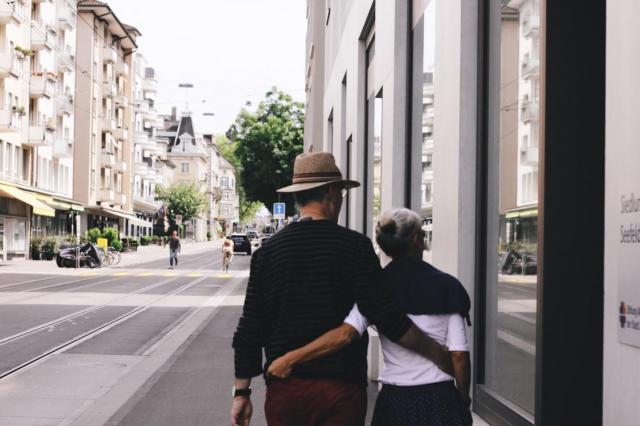 Sorry to break it to you, but you're not gonna win the war against aging just by drinking a shot glass of some magical elixir from Southeast Asia. In fact, aging is best kept at bay by fighting off chronic diseases such as heart disease, cancer and diabetes, which accelerate the aging process and are the main causes of premature death. Although accelerated aging â€” and aging in general â€” is a complex process, you can fight it with these five simple daily habits.

1. Eat a Rainbow of Fruits and Vegetables 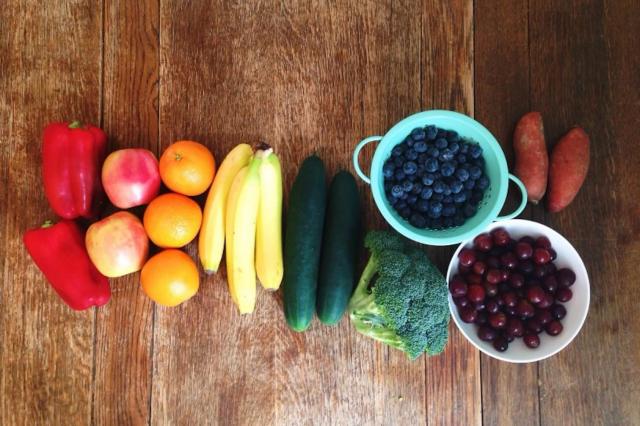 People who eat a wide assortment of fruits and vegetables have lower rates of chronic disease, including hypertension, coronary heart disease (CHD) and stroke. They also maintain healthier body weights, and live longer. Why should you taste the rainbow? The diverse colors of fruits and vegetables represent different nutrients and antioxidants, with properties that can fight aging from a number of angles.

For example, anthocyanins, the antioxidant that gives blueberries their dark blue color, can help fight cancer cell growth, while beta-carotene, the precursor to vitamin A that gives carrots their orange color, can help support optimal immune function. To get as much variety each day, Kara Mohr of Mohr Results recommends you "pick out one to two new fruits or vegetables every time you shop for food, and include a fruit or vegetable in every meal and snack." 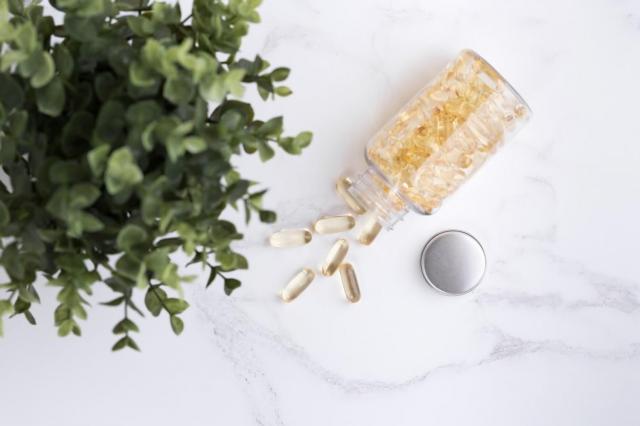 The long-chain omega-3 fats eicosapentaenoic acid (EPA) and docosahexaenoic acid (DHA) are as close to a fountain of youth the world has to offer. Dr. Ramin Farzaneh-Far, a cardiologist at San Francisco General Hospital, and his colleagues conducted a study looking at the effect of EPA and DHA on chromosomal aging.

The study, published in the Journal of the American Medical Association, discovered that individuals with the highest levels of EPA and DHA in their blood had the lowest rates of heart disease and the slowest rates of chromosomal aging. To reap the benefits, munch on fatty fish such as salmon, tuna, halibut, mackerel and sardines. Not a seafood fan? Take a fish oil supplement. 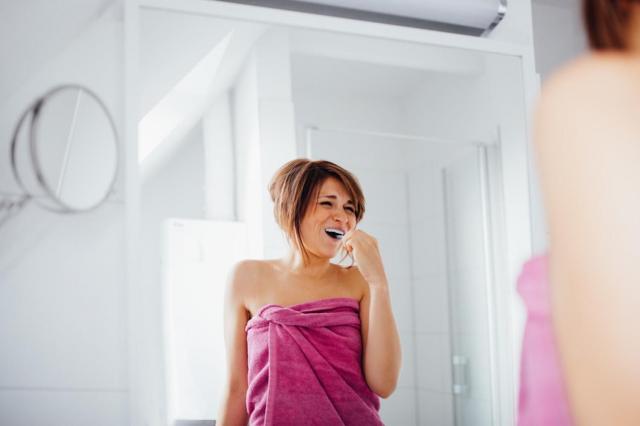 Turns out, flossing isn't just good for your gums: It's good for your longevity, too. Flossing removes the bacteria that causes periodontitis, a gum infection that damages the soft tissue and destroys the one that supports your teeth. If enough bacteria builds up, it can enter your blood stream, causing inflammation and increasing the risk of cardiovascular disease.

By flossing, you are loosening and removing the bacteria. In fact, research published in the Journal of Clinical Periodontology, flossing is associated with lower levels of periodontitis â€” but there's not much difference between flossing 2-4 days a week and flossing more regularly. 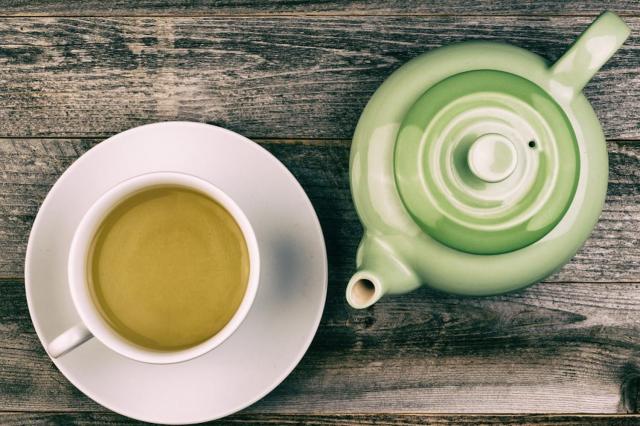 Green tea may not be able to fight cancer, but it will help you shed any extra age-accelerating pounds you might be carrying around. Green tea contains an antioxidant called epigallocatechin-3-gallate (EGCG). According to a study published in the American Journal of Clinical Nutrition, a daily dose of EGCG combined with caffeine will help you lose as many as three pounds in 12 weeks and one inch off your waist.

While scientists are not sure of the exact means that green tea enhances fat loss â€” there seem to be multiple â€” you can reap these beneficial effects by drinking three to five 8-ounce cups each day: One cup with each meal, and you are good to go! 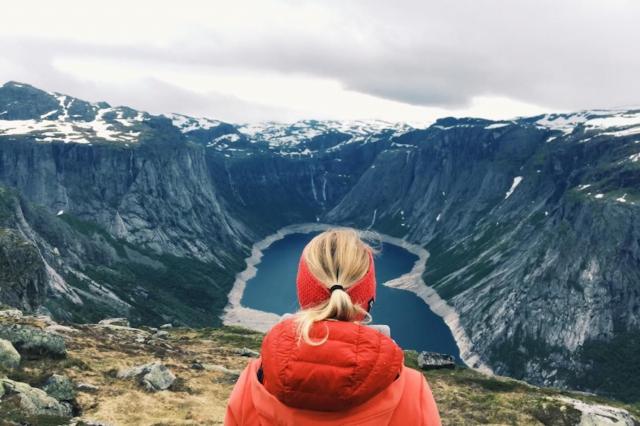 Inactivity and loss of muscle mass can accelerate the aging process â€” but according to certified trainer and owner of Impact Training & Fitness in West Berlin, New Jersey, Keith Scott, urges his clients to engage in simple tasks to get themselves moving.

"Going for a walk the first thing in the morning is an excellent way to increase general movement," he says. "In the spring and summer, I encourage clients to work on their yards by cleaning up, gardening or weeding. Activities like yard work encourage multiple movements that are simple yet great ways to move. Squatting, walking, bending, lifting [and so forth] are just some of the movements that are done in a few hours' worth of yard work." 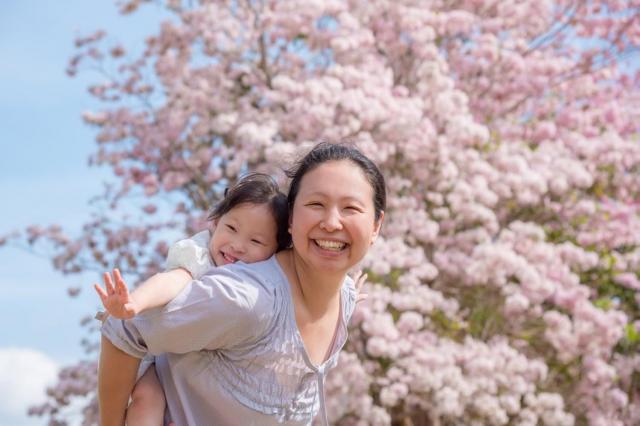 Will you be picking up any of these daily habits? What are some other tips and tricks you believe increase longevity? Sound off in the comments below!

Since 2002 Mike Roussell has written for publications both mainstream and academic ranging from "Men's Health" magazine and "Men's Fitness" magazine to the "Journal of Clinical Lipidology" and "Nutrition in the Treatment and Prevention of Disease." Dr. Roussell holds a B.S. with high honors in biochemistry from Hobart College and a doctorate in nutrition from Pennsylvania State University.