When a woman places her baby up for adoption, she isn’t making the choice to give up. Instead, she’s choosing a life for her child, according to the American Adoptions website. The decision for a mother or birth parents to place a baby up for adoption isn’t always simple.

When a woman places her baby up for adoption, she isn't making the choice to give up. Instead, she's choosing a life for her child, according to the American Adoptions website. The decision for a mother or birth parents to place a baby up for adoption isn't always simple. Nevertheless, it is an act of love that put a child's needs ahead of their own desires. 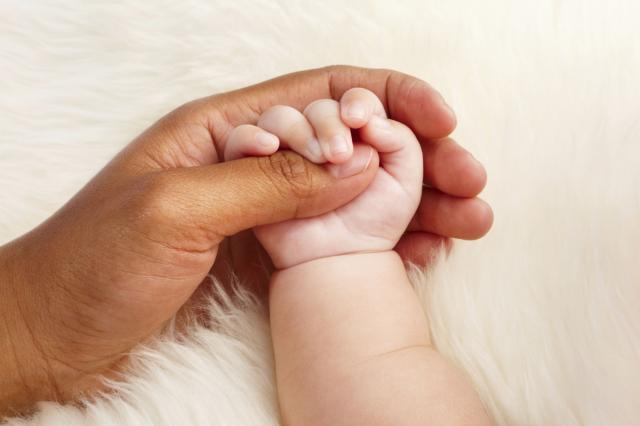 Lack of Resources or Support

Birth parents or a single parent may place a baby up for adoption if they lack the financial means to raise a child and may not be aware of resources available to low-income families. Adoption.com shares that the parents may feel that a child deserves a family who can offer more financial stability. If a woman is in an abusive relationship or environment, she may not want her baby to experience the related hardships, particularly if she doesn't receive support. TheLaborofLove.com shares that in some cases, one or both parents may have a physical or mental disability that makes raising a child difficult without outside support.

A birth mother may choose adoption because she doesn't want to be a single parent, according to Adoption.com. She may also make this decision if the birth father is unwilling to take custody of the baby or offer financial and/or moral support after the baby's birth. Adoption.com explains that a birth mother may choose adoption for financial or moral reasons stemming from the lack of a two-parent household with an invested partner.

A birth mother may feel that her age gives her baby an unfair disadvantage. A woman who becomes pregnant during her teen years, for example, may choose adoption if she feels as if she cannot take on the responsibility of being a parent at such a young age, according to TheLaborofLove.com. A pregnant teen who wishes to graduate from high school and go to college may conclude that this endeavor would prove too difficult if she keeps her baby, especially if her school doesn't offer a teen parenting program with a daycare. On the other hand, a woman who becomes unexpectedly pregnant later in life may fear the sacrifice of her lifestyle or career if she keeps the baby. An older woman may also choose adoption if she wants her baby to have younger parents who can better keep up with the physical demands of raising a child.

Some cultures and religious faiths disapprove of having a child out of wedlock, so a woman may feel she must place her baby up for adoption instead of be a single mother. A birth mother with an unexpected or undesired pregnancy may hold the belief that abortion is wrong and choose adoption instead, according to TheLaborofLove.com. Birth parents from some cultures may place a baby up for adoption if they prefer one gender over another.

Flora Richards-Gustafson has been writing professionally since 2003. She creates copy for websites, marketing materials and printed publications. Richards-Gustafson specializes in SEO and writing about small-business strategies, health and beauty, interior design, emergency preparedness and education. Richards-Gustafson received a Bachelor of Arts from George Fox University in 2003 and was recognized by Cambridge's "Who's Who" in 2009 as a leading woman entrepreneur.